Chelsea are reportedly in the race for Kingsley Coman but his potential arrival would raise questions on a couple stars in Thomas Tuchel’s current squad. Coman and Bayern Muninch have been locked in talks over a new contract in recent months.

The Bundesliga champions are keen to tie down Coman for the future, who has two years left on his current deal.

But recent reports have suggested that Coman has rejected the latest contract offer from Bayern ahead of the summer transfer window.

That has seemingly alerted some of the top clubs across Europe with United said to be monitoring his situation and Chelsea may hold an advantage over their Premier League rivals, according to Bild.

Coman recently brought in Pini Zahavi as his new agent, who reportedly has ‘close ties’ with Roman Abramovich.

JUST IN: Rudiger opens up on his Chelsea future ahead of Champions League final 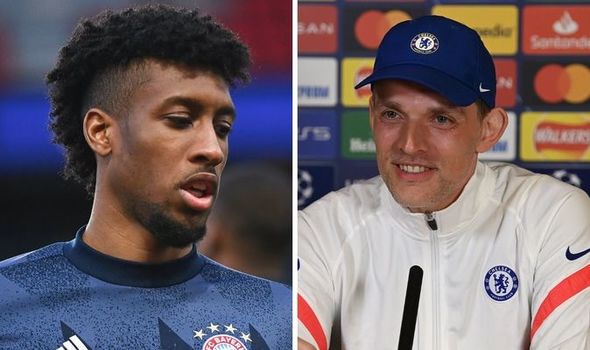 He played a huge role in Chelsea signing players such as Didier Drogba and Ashley Cole to kickstart the Abramovich era and the pair have maintained their relationship.

That could play into the hands of Marina Granovskaia, who has the final say on transfers at Chelsea.

However, signing a player like Coman would shake up Tuchel’s squad which is already inundated with attacking options out wide.

Timo Werner, Christian Pulisic, Callum Hudson-Odoi and Hakim Ziyech have all stepped in to the starting line-up this past season.

But Ziyech and Hudson-Odoi struggled for regular minutes when Tuchel took charge and Coman’s possible arrival would raise questions on their futures at Stamford Bridge.

Hudson-Odoi was a regular when Tuchel initially took over from Frank Lampard, but soon fell out of favour in the Premier League.

He played in just two of the Chelsea’s final six league games and hasn’t featured in the Champions League since the round-of-16 win over Atletico Madrid.

Ziyech meanwhile has struggled to find a regular place in Tuchel’s side, with the German head coach changing the system at Chelsea. 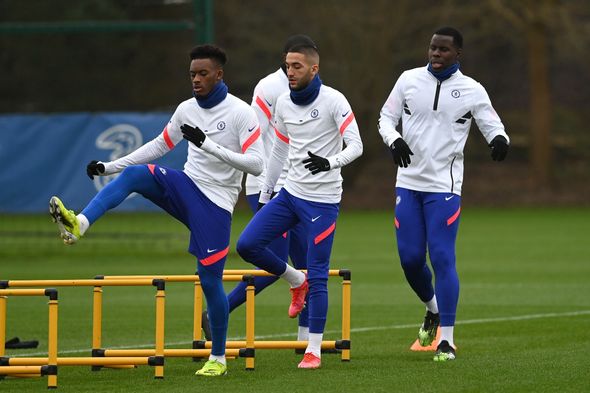 He’s been battling with Kai Havertz to play more centrally, although he did start and score in the 2-1 win over Manchester City earlier this month.

But Tuchel has only used Ziyech as an option off the bench in the Champions League and he may have to make do with another substitutes appearance in the final this Saturday.

Ziyech was signed by Lampard last year for £34m and there has already been reports that he is looking to leave after his first year in England.