Chelsea and Arsenal are set to go head-to-head in an effort to sign Jerome Boateng this summer. The Bayern Munich defender is entering the final year of his contract at the Allianz Arena and could be ready for a move to pastures new.

Boateng has struggled for game time with the Bavarian giants in recent seasons, although he has enjoyed something of a resurgence this term under Hansi Flick.

The 31-year-old has notched up 25 appearances across all competitions for Bayern, earning admiring glances from around Europe.

There has been speculation over whether Boateng would be offered a new deal to stay in Germany but the return from injury of Niklas Sule appears to be hastening the World Cup winner’s exit.

And now Fussball Transfers have confirmed that both Chelsea and Arsenal have expressed interest in the centre-back ahead of the summer window, while Hertha Berlin are also keen. 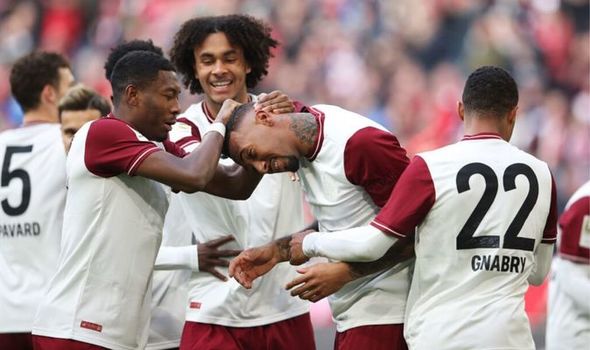 It is not clear whether these clubs have approached Bayern over a move so his future remains undecided, but any new signings made by the Bundesliga outfit in the coming months would surely push Boateng towards the door.

RB Leipzig star Dayot Upamecano is one such player who has been linked with a move to Munich, and the arrival of the 21-year-old Frenchman would definitely increase the chances of Chelsea or Arsenal snapping up Boateng.

The German international has spent nine seasons with Bayern since joining from Manchester City in a deal worth around £12million.

Boateng is a versatile defender that primarily plays in central defence but also has experience at right-back.

Chelsea are well-stocked on the right with Cesar Azpilicueta and Reece James so any move to Stamford Bridge would surely see Boateng deployed centrally.

Frank Lampard is still yet to settle on his preferred partner for Antonio Rudiger, with Kurt Zouma, Andreas Christensen and Fikayo Tomori all rotating alongside the German this season.

Arsenal could sell Shkodran Mustafi this summer while Sokratis Papastathopoulos and David Luiz are yet to fully win over the Gunners faithful, so Boateng would provide some much-needed stability.

Speaking about Boateng on Friday, Flick said: “He still has a year contract, it’s his decision.

“Jerome was a German international and has now shown once again that he can show performance at this high level. 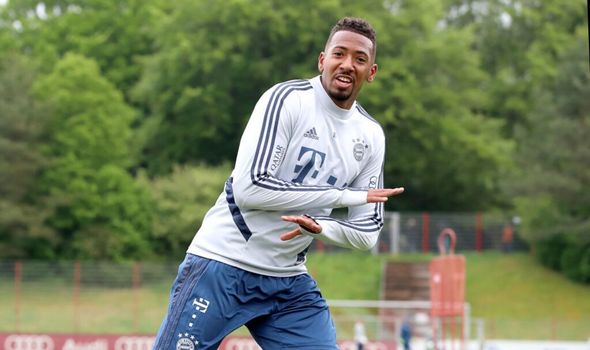 “He is physically fitter and has created the conditions that he currently has a regular place here. I like to work with him and he is currently doing a very good job.”

Boateng is not the only new signing Chelsea are targeting this summer, with Lampard aiming to overhaul his squad and acquire several reinforcements in key positions.

A new left-back is desired with both Emerson Palmieri and Marcos Alonso expected to leave while a striker to ease the goalscoring burden on Tammy Abraham is also sought.

Hakim Ziyech will finally complete his £33.4m move from Ajax but further attacking additions are being lined up with Jadon Sancho, Philippe Coutinho and Kai Havertz all touted as potential targets.