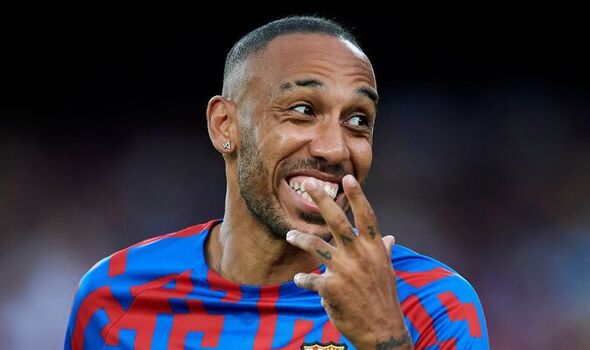 Chelsea have reportedly sent Barcelona a player-plus-cash offer for Pierre-Emerick Aubameyang as Thomas Tuchel eyes a reunion with his former Borussia Dortmund striker. The Blues have held extensive talks internally regarding the prospect of signing the former Arsenal captain before meeting with his representatives on Thursday.

Now it appears Chelsea are prepared to press ahead with a swoop for the Gabon international, who has only been at Barcelona since January when he joined the Catalan giants on a free transfer.

According to The Athletic, Chelsea have now submitted an offer worth £15million plus Marcos Alonso to sign the frontman.

Barcelona are seemingly yet to respond although they do hold an interest in the Spanish full-back, who was believed to be close to joining Barcelona as recently as last week.

Alonso was excused from training and was expected to seal a permanent switch to Camp Nou, which is yet to materialise. 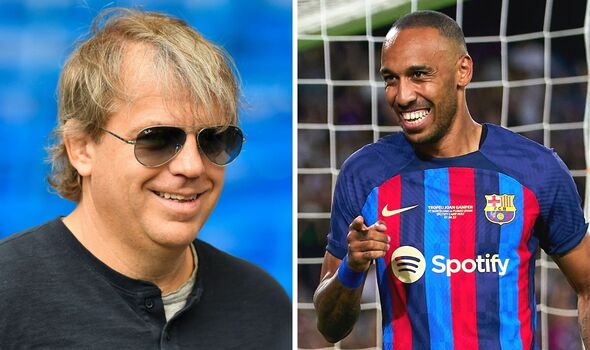 However, it now looks like Chelsea are ready to use him as make-weight in a swap deal to push the transfer of Aubameyang over the line.

The former Arsenal attacker is keen on a move to Chelsea and was previously targeted by the club back in 2020 when he was approaching the end of his contract in north London.

Aubameyang hit over 70 goals during his time at Borussia Dortmund where he played under Tuchel between 2015-2017.

The Chelsea boss has waxed lyrical about the striker on more than one occasion during his time at Stamford Bridge, making it clear the pair had a strong professional bond.

Chelsea are yet to sign a new striker despite allowing Romelu Lukaku and Timo Werner to join Inter Milan (loan) and RB Leipzig.

Tuchel wants to keep Armando Broja but the Albanian could now have further competition ahead of him if Aubameyang seals his move to west London.

Xavi still wants to keep the 33-year-old but Barcelona could be forced into a sale due to their current financial situation.

Barcelona are looking for around £25m in order to agree to a sale but the inclusion of Alonso could be of extra appeal to the Camp Nou hierarchy.

Chelsea are also still believed to be keen on a move for Frenkie de Jong, though his future is still undecided.

The Blues can offer Champions League football which would give them the edge over Manchester United in any transfer battle.

Cesar Azpilicueta was a transfer target alongside Alonso earlier in the window before Chelsea blocked a deal.

The captain has since signed an improved deal at Stamford Bridge despite showing interest in a move to Barca.