Chelsea have confirmed that N’Golo Kante has suffered a hamstring injury while on international duty with France. The midfielder will miss the rest of this week’s World Cup qualifiers against Kazakhstan and Bosnia & Herzegovina.

Chelsea will monitor Kante over the next week or so at the club after returning from international duty early.

It comes after the French Football Federation announced that the 29-year-old had suffered a hamstring injury.

He told coaches he felt pain late on in the match but completed the game, which ended 1-1. 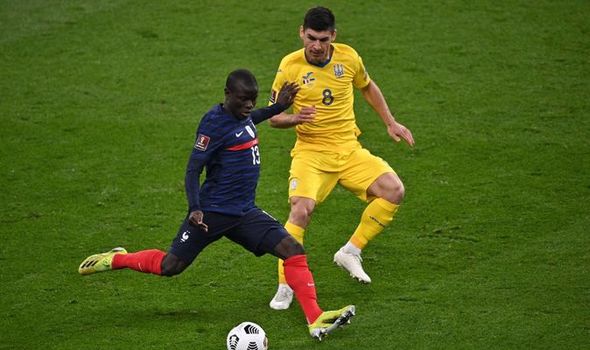 After clinical and radiological examinations on Thursday, a small lesion was discovered in his hamstring.

A statement from France read: “N’Golo Kante will not take part in the next two matches of the French team on Sunday in Kazakhstan and three days later in Bosnia-Herzegovina.

“The Chelsea midfielder felt a pain in the hamstrings of the left thigh at the very end of the match against Ukraine on Wednesday at the Stade de France. He had clinical and radiological examinations on Thursday, which revealed a small lesion.

“In consultation with Doctor Franck Le Gall, national coach Didier Deschamps decided to put N’Golo Kante back at the disposal of his club on Friday.”

It leaves Chelsea boss Thomas Tuchel sweating over Kante’s fitness ahead of the crucial clash against Porto in the Champions League.

The first leg is set to go ahead on April 7 with both sides vying for a spot in the semi-finals.

If the Frenchman does miss out, it would be a major blow for the Blues.

Kante has seen his form return in recent weeks at Stamford Bridge, particularly against Atletico Madrid in the previous round of the Champions League. 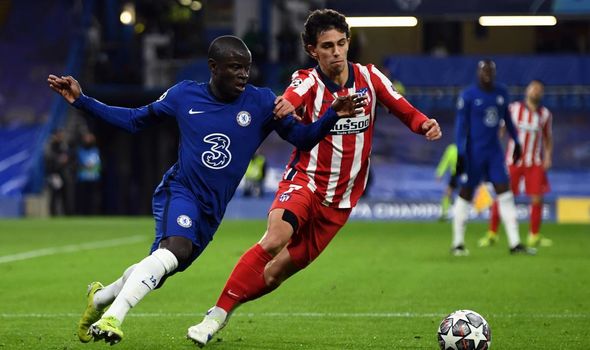 This is not the first time the former Caen man has suffered a hamstring injury this season.

The France international was only meant to be miss one or two matches back in January but ended up being absent for six.

That included a 2-0 defeat to his old club Leicester that ultimately decided Frank Lampard’s fate as manager.

Chelsea have been in fine form since Tuchel’s arrival, keeping 12 clean sheets in 14 matches as they climbed into the top four of the Premier League.