Chelsea will offer Tammy Abraham to Borussia Dortmund in a bid to reduce the Bundesliga side’s eye-watering valuation of Erling Haaland, according to reports.

It is believed that Dortmund want close to £150million for the Norwegian, who has shone in Germany since his move from RB Salzburg 18 months ago.

Haaland has scored a staggering 57 goals in 59 appearances since signing for around £17m in January 2020.

That includes scoring 27 times in 28 top-flight games as Dortmund finished third in the Bundesliga last season.

The Blues misfired in the Premier League and will need a proven goalscorer if they are to challenge Manchester City, Manchester United and Liverpool for the title next term. 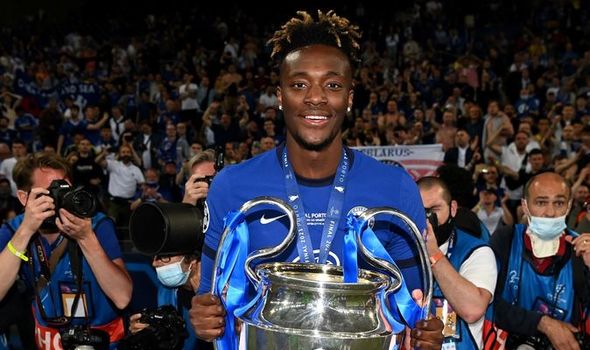 Midfielder Jorginho was their top scorer in the Premier League last season, despite not scoring during open play.

The Brazilian scored each of his seven goals from the penalty spot.

Abraham, Mason Mount and Timo Werner each struck six times in the league.

Werner’s Chelsea career is yet to take off since his £47m move from RB Leipzig last summer. Despite a few glimpses of his vast quality, he scored just 12 goals in all competitions.

Tuchel will want to improve his attacking options after just about finishing in the top four on the final day of the season. His side lost 2-1 at Aston Villa but Leicester City’s defeat to Tottenham meant that they finished fourth.

Their stunning Champions League final win over Man City would have qualified them for the competition regardless.

Chelsea hope to pay just £60m for Haaland and will include Abraham in the deal to drag the fee down to as close to that figure as possible, according to the Transfer Window podcast.

It is despite a release clause in Haaland’s contract that makes him available for around £64m becoming active next summer.

The west Londoners value Abraham at around £40m, which would significantly reduce the cost of signing Haaland. 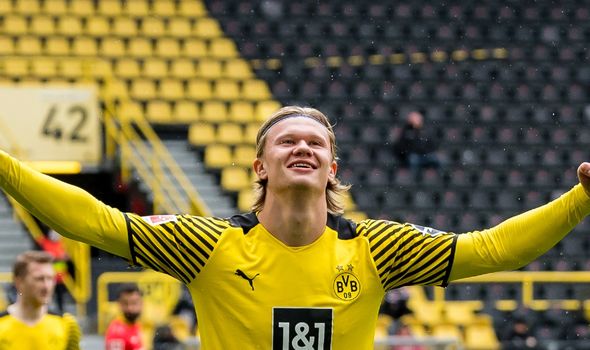 Abraham had an excellent start to the season but struggled after Tuchel replaced the sacked Frank Lampard at the end of January.

The 23-year-old scored all six of his top-flight goals under Lampard, instead scoring his only goal for Tuchel in a 1-0 win over Barnsley in the FA Cup.

Tuchel often preferred Olivier Giroud as his back-up to Werner, leaving Abraham out of the matchday squad on several occasions.

Abraham’s frustration was compounded when he was absent from the FA Cup final squad. The Blues lost 1-0 against Leicester at Wembley.

His partner posted a soon-deleted dig at Tuchel on social media, but the German coach played down a feud with the striker.

“No, it’s just hard decisions on a matchday when you can only nominate 18 players,” he said when asked if Abraham was no longer in his plans.

The former Villa and Swansea City loanee is understood to want first-team football next season.

Haaland’s arrival would knock him further down the pecking order and it is understood that Abraham would be open to moving in the other direction.
Source: Read Full Article