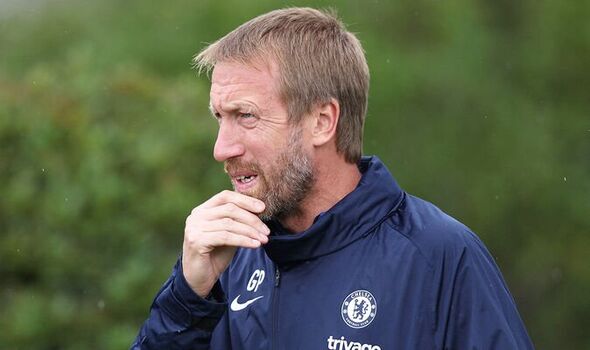 Hakim Ziyech is too good to sit on the Chelsea bench and should move elsewhere in January, claims former Tottenham and Holland star Rafael van der Vaart. Ziyech has made just one start in all competitions so far this season and Van der Vaart says the time has come for a new challenge.

The Morrocan has put in two hugely underwhelming performances in his two substitute appearances in the Champions League in the last nine days. Chelsea supporters booed both him and Christian Pulisic when they were brought on against Red Bull Salzburg on Wednesday.

Graham Potter followed Thomas Tuchel’s lead by leaving Ziyech out of his starting XI for his first match in charge. And Van der Vaart cannot see any future at Stamford Bridge for the 29-year-old.

He claims Ziyech never normally looks happy on a football pitch. However, he says he is looking particularly displeased with his current situation. 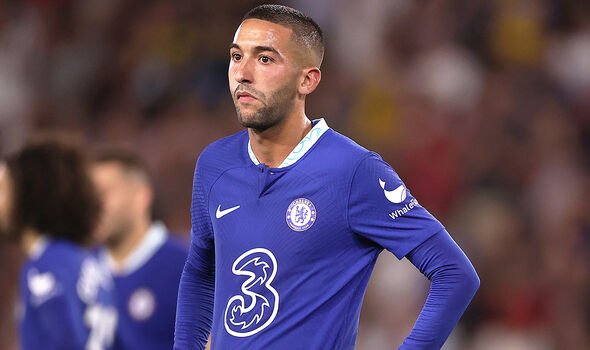 Van der Vaart told Ziggo Sport: “Of course, he never really has a smiley face, but now you can see from everything that he is not having a good time. I hope he goes to a club where he can just play and not worry about anything else.

“Ziyech is a boy that always has to play when you get him. Then you can say that Chelsea have so many good players, but guys like him do not like to sit on the bench.”

Ziyech joined Chelsea from another of Van der Vaart’s former clubs Ajax in the summer of 2020. However, he made just 23 Premier League appearances in each of his first two seasons at the club.

Meanwhile, Chelsea do not play this weekend as their match against Liverpool has been postponed due to police limitations in the lead-up to the Queen’s state funeral on Monday. Potter will therefore have to wait for his first domestic match in charge of the Blues.

Goalkeeper Kepa Arrizabalaga played against Salzburg in midweek. And he has been impressed by Potter so far.

Kepa said: “Now there is a new start with Graham and some different ideas. He is very positive in his mind and he tries to give us this positivity.

“Obviously we changed a couple of things in the line-up and structure so we have to keep adjusting things, keep watching and understanding how we play, and from that point we go forward. We want to have good presence on the pitch, take the ball and attack as much as we can, and when we lose the ball try to recover as soon as possible.”