Chelsea owner Todd Boehly has reportedly invited each of his Premier League counterparts to a sit-down meal in a move that has been ‘well-received’ by his peers. It could be an opportunity for the Blues and top-flight rivals Manchester United, Liverpool, Arsenal and Manchester City to discuss some key transfers with a month remaining of the summer window.

Express Sport looks at which players’ names might be raised as club chiefs tuck into a luxury dinner.

So far, Brighton have remained firm in their stance that wing-back Marc Cucurella is not for sale for even a penny under £50m. The Seagulls have knocked back an offer from Man City in the region of £30m, which prompted the Spaniard to submit a formal transfer request.

Chelsea have since come into the picture, informing Brighton of their interest in the player. The Blues could have some leverage over City as Brighton are keen on young defender Levi Colwill, and Chelsea could use the 19-year-old in discussions. Brighton will insist, though, that any offer is of the value of £50m.

This could be a deal that goes right to the end of the transfer window. Cucurella has been granted some time off by Brighton to give him some head space, with the 24-year-old missing the club’s friendly against Espanyol at the weekend. 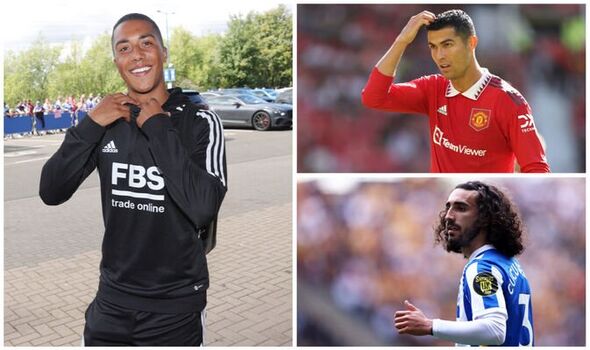 Arsenal and Man Utd have long been linked with box-to-box midfielder Youri Tielemans. That interest could increase over the coming weeks as the Belgian only has a year remaining on his contract at Leicester.

It is unclear if the 25-year-old is willing to sign extended terms or if he wants an exit within the next 12 months. For Arsenal, Tielemans would be another excellent midfield addition. United could view the former Anderlecht prospect as an alternative to Frenkie de Jong.

Ruben Neves’ potential exit from Wolves is a move that has been brewing away in the background. That the Midlands outfit have slapped a £100m asking price on the 25-year-old’s head has meant that he is yet to leave Molineux.

Neves has now entered the final two years of his contract, though, meaning Wolves have slightly less power over the Portuguese star’s future. Arsenal and Man Utd could use Boehly’s sit-down – first reported by The Athletic – to enquire about Neves as they both seek to improve their midfields. 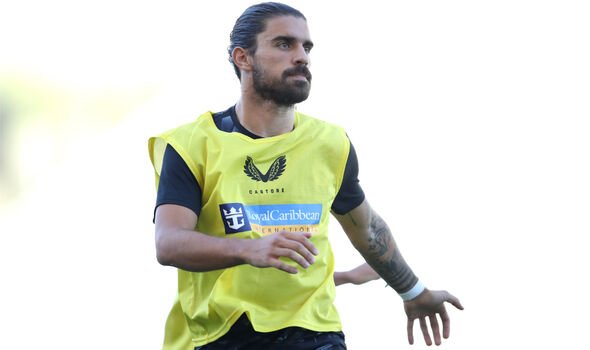 Chelsea are desperate to sign defenders having missed out Jules Kounde to Barcelona. Leicester’s Wesley Fofana is a player who has emerged as a potential target.

Foxes boss Brendan Rodgers has insisted that the France U21 international is not for sale, but it is well known that all players have their price in the modern market. Leicester are the only club not to sign a senior player this summer and need to sell before they can buy. Fofana would raise significant funds.

Leicester will hope that there will be no mass exodus in the final month of the summer window, but Maddison is one of several key players who have been linked with departures. Newcastle are believed to have had a £40m bid rejected for the attacking midfielder.

Rodgers quipped on Monday that a fee in that region would not even be enough to buy one of the 25-year-old’s limbs. Newcastle are apparently also interested in signing Maddison’s Leicester team-mate Harvey Barnes. Deals for both could be brought up over dinner. 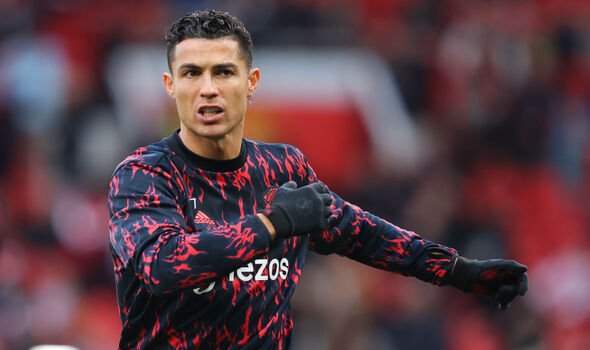 It seems unlikely at this stage that Cristiano Ronaldo will join a Premier League rival. Having just offloaded Romelu Lukaku partly due to his relative lack of mobility, surely Chelsea would not replace the Belgian with a 37-year-old Ronaldo.

But as Thomas Tuchel’s frustration over a lacklustre transfer window grows, Blues chief Boehly could be more tempted to sanction this summer transfer window’s headline deal. Ronaldo still wants out at Old Trafford but has few suitors – could Chelsea be the team to move first?