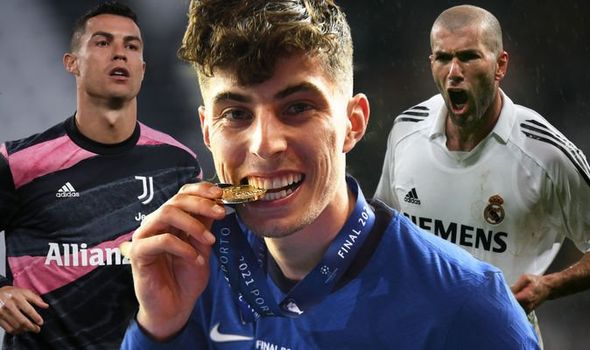 As far as former players to be compared to go, there’s not many better than Zinedine Zidane. That was the honour bestowed upon Chelsea’s Kai Havertz this week.

The Germany international was likened to France and Real Madrid legend Zidane by Lothar Matthaus, the Bayern Munich icon, who said: “I compare him to Zinedine Zidane in terms of skills, technique and overview, and anticipating a situation.

“Zidane didn’t seem quick, but it was when he hit the ball. Havertz can do that too. He has a good eye, good ball control, good positional play, fine technique.

“In addition, Havertz plays intelligently and uses his body well. Havertz is on the way, but nuances will decide whether he will make it to the top, whether he will be an excellent player or just a very good one.”

Havertz endured a mixed maiden campaign at Stamford Bridge after a club-record move, though he ended the season with nine goals and nine assists in 45 games including the decisive goal in the Champions League final win over Manchester City. 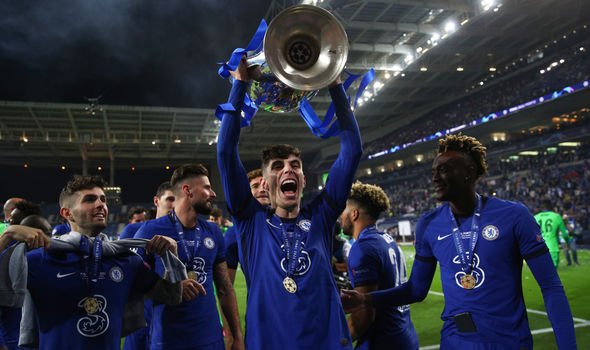 “To be honest right now I don’t give a f*** about that, we won the f***ing Champions League,” Havertz said when asked if he’d repaid his £71million fee in one night after netting the vital winner in Porto.

However, the former Bayer Leverkusen attacker has admitted since then that prior to scoring a European Cup-winning goal, there was a time where he did indeed give a f***.

Reflecting on his first year in England, Havertz said of his big-money transfer: “People expect you to be the new Cristiano Ronaldo. But it won’t be that fast, everything is new and I really didn’t play my best football at the beginning.

“For me, it has been difficult to change everything. It’s hard for me, but I’m six months here and getting used to the place, to the country. It isn’t an excuse for me. I will give my best.”

Clearly the weight of expectation took a toll on the German, who needed time to find his best form at Chelsea but blossomed into an increasingly influential player under Thomas Tuchel towards the climax of the campaign.

And just last week at Euro 2020, he also became Germany’s youngest ever European Championship goalscorer when netting in a 4-2 win over Portugal aged 22 years and eight days.

That, added to his performances for Chelsea at the end of last year, suggest he’s ready to start the 2021-22 season far better than he did in 2020-21.

Cesc Fabregas suggested as much earlier this month, having spoken about Havertz with his former Leverkusen team-mate Kevin Volland, with whom the Spaniard now plays at Monaco.

Fabregas explained while writing for the Daily Telegraph: “He [Volland] told me that Havertz would usually struggle a little bit at the start of seasons to get going, but that once he gets a clear ride and is mentally good then he’s a fantastic player.

“Havertz didn’t start very, very well at Chelsea and sometimes he looked off the pace. But once Thomas Tuchel put him in a false nine position, it was working better. 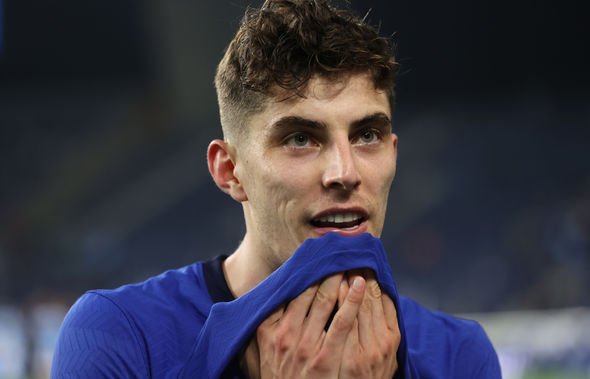 “He didn’t have to touch a lot of the ball, but he helped the team tick. He was not losing the ball, he made everyone else secure, he was creating stuff.

“And I think at the end of the season, he was very, very good. Definitely, I think we will see different players [in Havertz and Timo Werner] for Chelsea next season.”

If Havertz can maintain his momentum from the end of last season and in particular his role in Chelsea’s European Cup triumph, and also from breaking records at the Euros, he can make himself undroppable for Tuchel next term – regardless of whether or not Erling Haaland or Romelu Lukaku come in.

And given Chelsea’s top Premier League goalscorer last term was Jorginho on seven, and not to forget the Italian only scored from the penalty spot, having Havertz pop up with regular contributions would be a huge aid to the club’s ambitions of beating City, Manchester United and Liverpool to the title.

If Chelsea’s own Zidane can shake off the pressure of being the ‘new Ronaldo’, he can light up the Premier League – and maybe even lift it come next May.