Chelsea have signed another Antonio Rudiger and Vincent Kompany rolled into one, according to former Blues striker Tony Cascarino. Chelsea completed the signing of Kalidou Koulibaly this week and Cascarino expects him to be a fine addition for Thomas Tuchel.

Koulibaly had long been linked with a move to the Premier League. And Chelsea have finally brought him to England in a deal worth up to £34million.

Tuchel was in need of new defenders following the exits of Rudiger and Andreas Christensen at the end of their contracts. And Cascarino believes Koulibaly is a great replacement for the German, and also is a similar player to former Manchester City captain Vincent Kompany.

He told talkSPORT: “The fans will love him because he’s a fans’ player, as in no-nonsense, powerful. He’s a bit of a Rudiger-type, which they had alongside Thiago [Silva].

“I think he will be a really good signing. Their model of getting into your 30s and one-year deals, he gets a four-year deal. 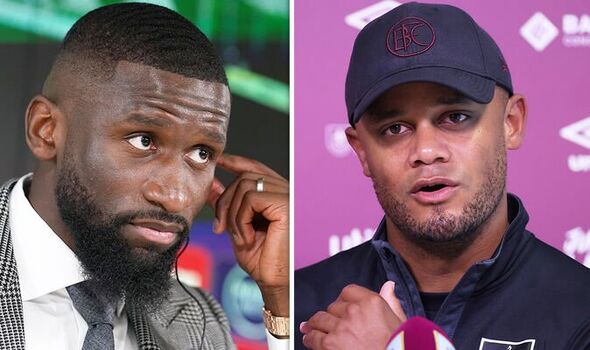 “It just shows you how different models are made and ideas, they’ve signed him on a four-year deal. Fans will love him at Chelsea, he’s that type of stature.

“He can [carry the ball out] and he’s got Thiago Silva alongside him who can certainly dominate keeping the ball. So I think a really, really good week of signings because obviously Sterling and Koulibaly are two big players that Chelsea have added to their squad.”

Koulibaly is set to play in front of a familiar face at Chelsea, with goalkeeper Edouard Mendy a fellow Senegal international. And Mendy has given Chelsea fans an insight into the 31-year-old. 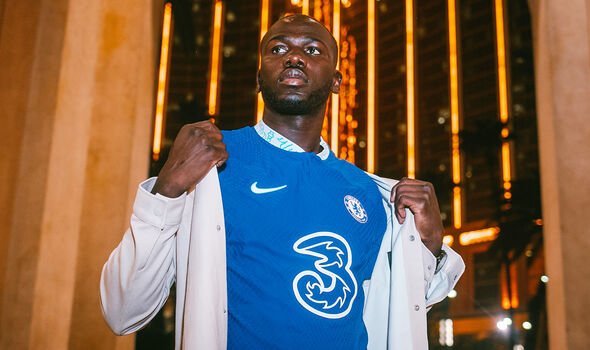 He told the club’s website: “I’ve known Kalidou for a while now. He was the first one who welcomed me in the national team so we were in the same room at first, when I first met him, when I got my first call-up, so the feeling was amazing.

“If you talk about his qualities on the pitch, I think I will let the people and the Chelsea fans see this player and I hope they will enjoy watching him. He’s a top player, as everybody knows, but he is a top person and that’s why in the dressing room he’s a very good addition.

“He is a guy who likes the responsibility but also he can joke with everyone, so we need this kind of person. And I think everybody’s going to be happy with him and what they see.

“Every year we had this – the link with Chelsea and Kalidou in the media – and this year it happens so I am happy!”