Chelsea found their chances of landing Kai Havertz given a major boost just hours after confirming the signing of Timo Werner in a £47.8 million agreement on Thursday. RB Leipzig striker Werner has signed a five-year contract worth £170,000 a week as Chelsea finally closed a deal they had set up ten days ago.

But Real Madrid revealed on Thursday night that they will have to wait a year before doing any deal for £90-million rated Bayer Leverkusen midfielder Havertz – and Chelsea’s other rivals Bayern Munich are also out of contention this summer.

That could now leave a window for Chelsea to strike.

Sources close to Havertz said on Thursday night that the German international, 21, has set his heart on Real – but because of the financial hit the club have taken in the COVID-19 pandemic, the Spanish giants have to sell to finance a deal, and will have to wait a year.

Bayern have their sights set on signing Leroy Sane from Manchester City – and cannot afford Havertz as well. 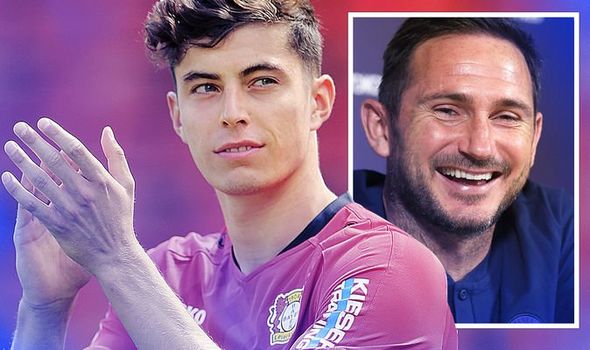 Chelsea want Leverkusen to lower their valuation of 16-goal Havertz – but they are willing to offload players to fund the deal.

The German youngster caused excitement on Thursday by ‘liking’ a tweet from a Chelsea fan asking them to announce his transfer.

Among those who could surprisingly be put up for sale to raise the cash is N’Golo Kante, whose fitness problems have cast a doubt on his Stamford Bridge future.

After agreeing his impending transfer, which will be completed after a routine medical, Werner said: “I’m excited for the new, exciting challenge of my career in England.

Inside Chelsea’s deal for Timo Werner 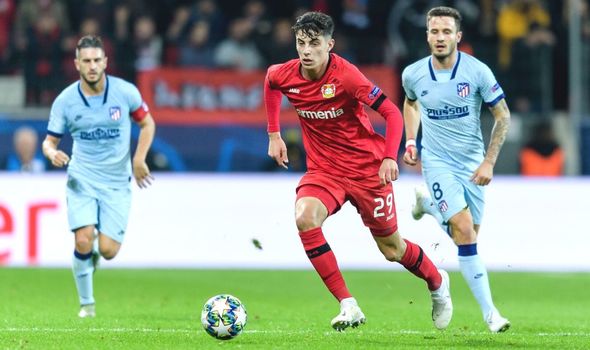 “It is not a decision against RB Leipzig, but for my dream to play in the Premier League – the strongest league in the world. It feels like the right step.”

Chelsea director Marina Granovskaia added: “We are very excited that Timo has chosen to join Chelsea. He is a player who was coveted all over Europe and it is no surprise, he has that rare mix of being young and exciting and yet established and proven.”

Chelsea have already signed Ajax winger Hakim Ziyech in a £37m deal which was agreed back in February.

And the club are also in talks to sign Leicester full-back Ben Chilwell in a deal that could be worth another £80m in what would be a summer of extraordinary spending for Frank Lampard and co.