Chelsea supporters have slammed manager Frank Lampard for snubbing Olivier Giroud all these months after the striker’s goal against Tottenham. Giroud smashed the ball past Spurs goalkeeper Hugo Lloris from a tight angle to give the Blues the lead after just 15 minutes.

That was the France international’s first Premier league goal of the season as Lampard placed his faith on Tammy Abraham after taking the helm last summer.

However, Abraham has been sidelined with an ankle injury and the Chelsea manager has had to make due with another striker leading the charge up front.

Lampard gave Giroud only his seventh Premier League appearance of the season and he has so far made the most out of that rare opportunity.

Fans, though, have been critical of the Blues boss on Twitter as they feel like he has been underestimating the Frenchman who has proved him wrong at Stamford Bridge. 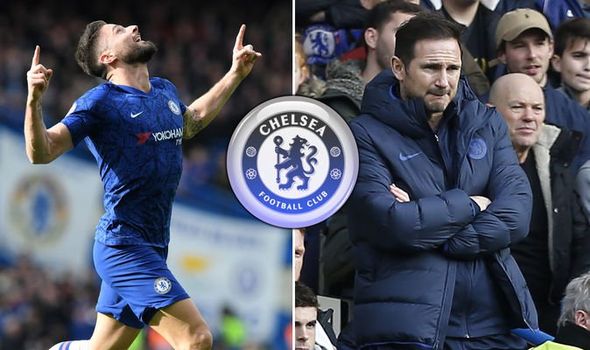 One supporter tweeted: “I swear Lampard should apologize for the way he’s treated Giroud.”

Another stated: “THIS IS WHY I BEEN SAYING HE SHOULD HAVE BEEN PLAYING SINCE DECEMBER.”

This fan had kept it simple: “Start him always.”

Another one claimed: “That’s why you start him!” 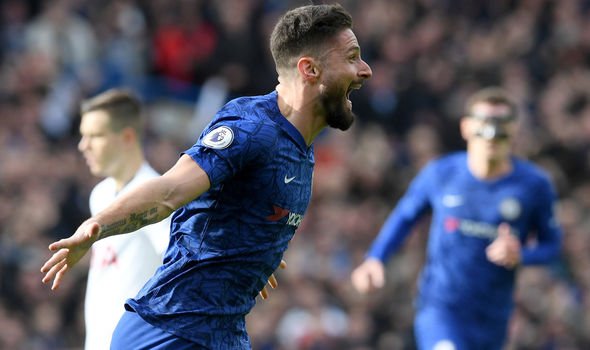 This supporter claimed Giroud should have also started against Manchester United last week: “Olivier Giroud! Should’ve started against United. Should start for the rest of the season. #CFC.”

And this fan said: “100% if Lampard had used more Giroud more this season we would have a lot more points than we do.”

Giroud has been repeatedly linked with a move away from Chelsea due to the lack of opportunities he’s getting under Lampard.

The 33-year-old came close to joining another club this past January transfer window but a move failed to materialise.

Lampard, though, has praised Giroud as he has described him as an “impeccable” player even though he doesn’t give him many opportunities.

He recently said: “He has been incredible as a player and a man during this time.

“We all know that there has been interest and I have sat here in every press conference and said ‘if it’s right for Olivier, for myself and the club’ and he has been impeccable in that period.”