Pictures from Graham Potter’s first training session as Chelsea manager were released for the first time on Monday.

The 47-year-old head coach, who left Brighton for the Stamford Bridge hotseat on a five-year-deal last week, took Chelsea’s first-team training on Friday less than 24 hours after officially signing for the club.

Chelsea initially withheld the pictures from his session as a mark of respect towards Her Majesty Queen Elizabeth II, who died on Thursday. 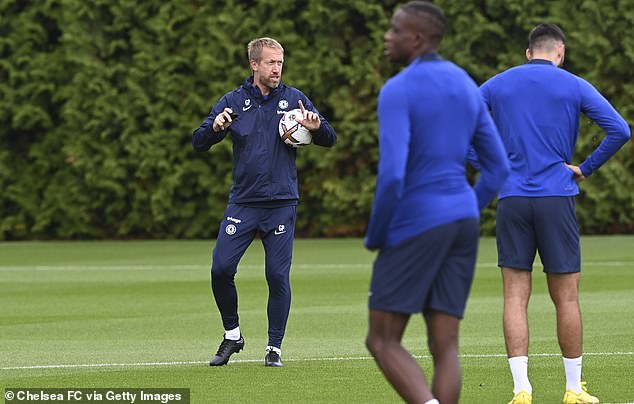 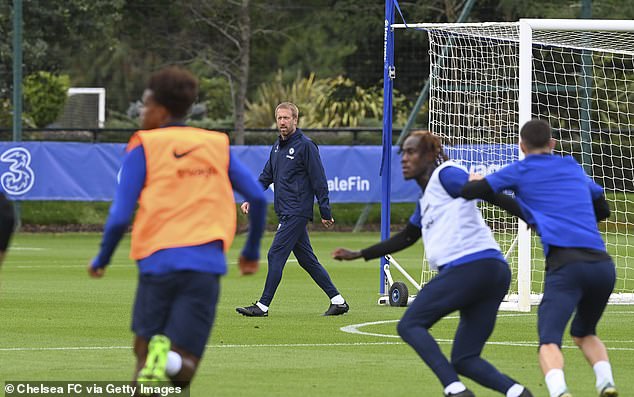 In an effort to honour her passing, the Premier League decided to postpone all matches from last weekend, subsequently delaying Potter’s first match in charge of Chelsea.

The Blues were set to face 10th-placed Fulham in their west London derby at Craven Cottage.

And now, the governing body have also called off Chelsea’s clash against Liverpool at Stamford Bridge this weekend, with police resources limited due to the upcoming state funeral.

During the training session at Chelsea’s Cobham training base, a relaxed Potter was seen sporting the club tracksuit and smiling whilst getting to grips with his new squad.

In one of the pictures, Potter seemed to be in deep discussion with England international and Chelsea star Reece James, who has impressed with a goal and assist already in just five league appearances.

The Blues opened their Champions League account with a disappointing 1-0 defeat to Dinamo Zagreb last Tuesday, which proved to be Thomas Tuchel’s final match in charge of the west London outfit. 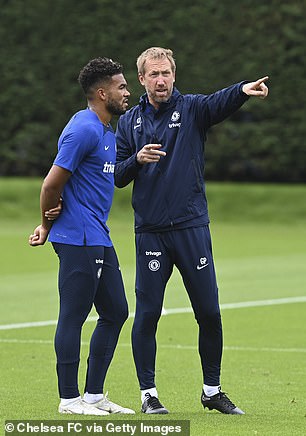 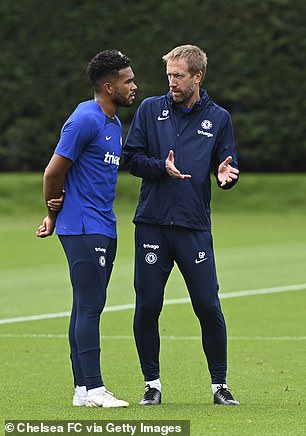 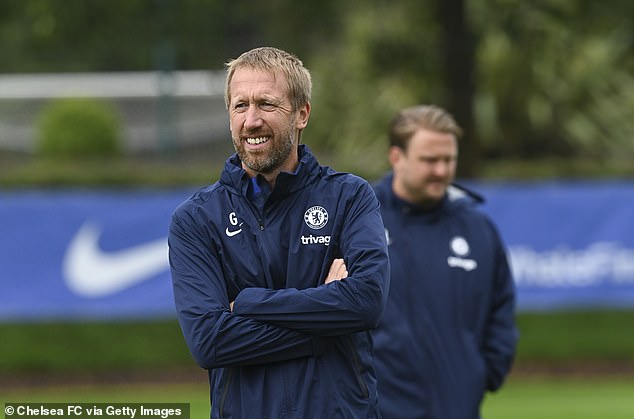 As it stands, he takes his first match in charge when Chelsea face RB Salzburg on Wednesday

Owner Todd Boehly axed Tuchel in an effort to build for the long-term, opting for Potter following his impressive three-year spell with the Seagulls.

Thanks to Chelsea’s summer spending spree, Potter has been handed a star-studded squad including the likes of new arrivals Raheem Sterling, Pierre-Emerick Aubameyang and former Brighton colleague Marc Cucurella.

Avoiding any further disruptions, the English manager will lead Chelsea for the first time against Red Bull Salzburg at Stamford Bridge on Wednesday in the Champions League.