Chelsea were banned from signing players a year ago.

But they’ve made up for that by splashing the cash this summer, with Roman Abramovich ensuring the club enjoy a successful transfer window.

Chelsea have money in the bank from the sales of Alvaro Morata and Eden Hazard to Atletico Madrid and Real Madrid respectively.

And they’re set to make Mendy their latest arrival.

Now, though, journalist Fabrizio Romano has claimed that the Blues are considering a move for Rice – who has been given a price tag of £80million to ward off potential suitors. 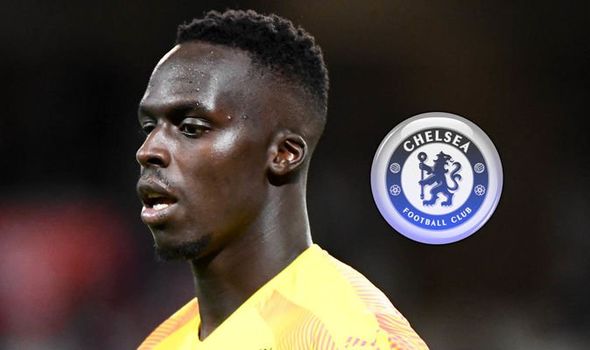 “Edouard Mendy deal as Kai Havertz… ‘just a matter of time’. The agreement with Chelsea has been completed by days,” he said on Twitter.

“He’s joining on a permanent deal. Fee around €24m. Here we go confirmed.

“After announcing Mendy, Chelsea will consider a move for Declan Rice [no bid yet].”

West Ham have placed such a big price tag on Rice because he’s vital to their project under David Moyes.

Moyes previously opened up on the England international and warned Chelsea the Hammers would’t be pushovers, despite the Blues raiding them for Lampard, Glen Johnson and Joe Cole in previous years.

“I’m confident he will be here [next season] because he’s under contract,” Moyes said of Rice’s future back in July.

“But like anything else, whatever club you’re at even the biggest clubs sometimes sell their best players because they get the right value.

“But my intention is not to sell Declan at all, my intention is to keep him. But we can’t stop other clubs making offers, but the truth is we’ve had no offers or nothing, nobody has come to us.

“He’s a really good player and I see him helping us, and I hope he sees what we are trying to do.

“We’re going to try and add better players and add things to it which would make him excited about being at West Ham in the future.

“My plan is, you know what I think of Declan, I think he is a future captain of West Ham going forward.

“When Mark Noble comes to an end then hopefully it will be Declan Rice, so we’ve no intention of letting him go. If it does come it will need to be the Bank of England money.”

Chelsea are next in action against Liverpool on Sunday (4.30pm).

The Blues will be hoping to avoid a repeat of what happened when they last faced off, with the Reds winning 5-3 at Anfield in July.