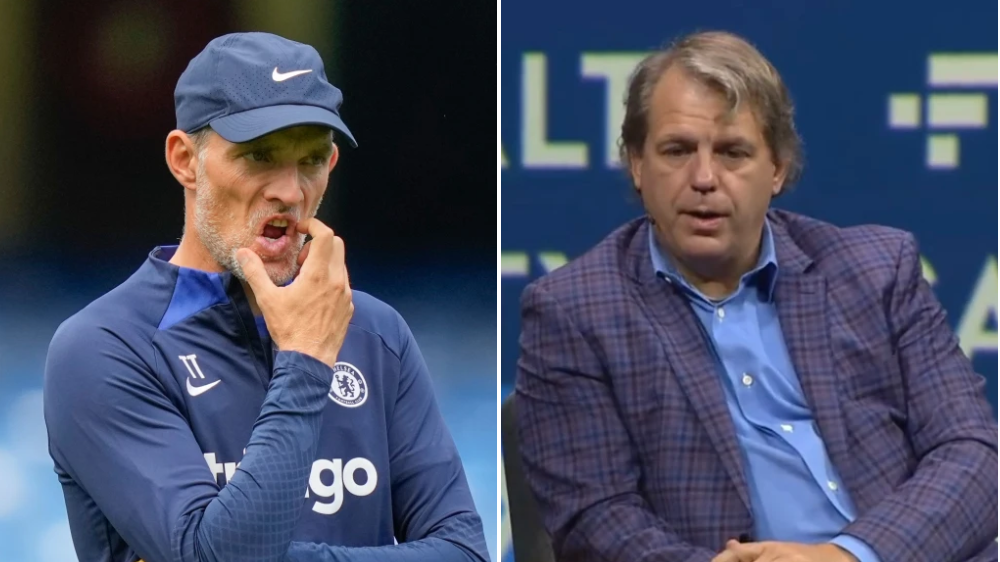 Chelsea co-owner Todd Boehly claims Thomas Tuchel was sacked because they did not ‘share a vision’ for the club’s future.

Tuchel was dismissed after 20 months in charge at Stamford Bridge having helped the club win the Champions League, the Club World Cup and the UEFA Super Cup during his reign.

After a difficult summer in the transfer market, Chelsea made an inconsistent start to the new Premier League campaign with just three wins in their opening six fixtures.

A 1-0 defeat to Dinamo Zagreb in the Champions League was the final straw and Tuchel was sacked less than 24 hours after the loss in Croatia.

Graham Potter has replaced Tuchel as Chelsea manager and Boehly insists the change was needed in order to improve ‘collaboration’ across the club.

‘When you take over any business you just have to make sure you’re aligned with the people who are operating the business,’ Boehly said at SALT Conference in New York on Tuesday.

‘I think Tuchel is obviously extremely talented and someone who had great success with Chelsea.

“Our vision for the club was finding a manager who really wanted to collaborate with us… to bring a team together with the academy, first team and incremental clubs we want to acquire.”#ð¦ððð§ð¡ð¬ pic.twitter.com/2CkZaRlc3C

‘I think there’s a lot of walls to break down at Chelsea. Before, for example the first team and the academy didn’t really share data, they didn’t share information about where the top players were coming from.

‘So our goal is to really bring a team together that, with the academy, with the first team, with the incremental clubs we want to acquire and develop, all of that need to be a well-oiled machine.

‘And the reality of our decision was that we just weren’t sure that Thomas saw the same way we saw. No one’s right or wrong, it’s just we didn’t share a vision for the future. It wasn’t about soccer, it was really about the shared vision for what we wanted Chelsea Football Club to look like.