Chelsea chief Petr Cech has responded to a fan when asked about Kai Havertz after Saturday’s FA Cup final defeat to Arsenal. The Bayer Leverkusen star is Frank Lampard’s top transfer target over at Stamford Bridge. But the Blues appear to be keeping their cards close to their chest.

Chelsea slipped to defeat against Arsenal in the FA Cup final on Saturday, meaning Lampard’s young side finished the season without a trophy.

The Blues took the lead through Christian Pulisic, who found the net in the fifth minute.

But Arsenal star Pierre-Emerick Aubameyang scored a brace to give the north London giants the trophy.

After a game, a fan asked Chelsea advisor Cech if Havertz would be moving to the club this summer.

But the 38-year-old played his cards close his chest, merely laughing and saying ’good try’ by way of response. 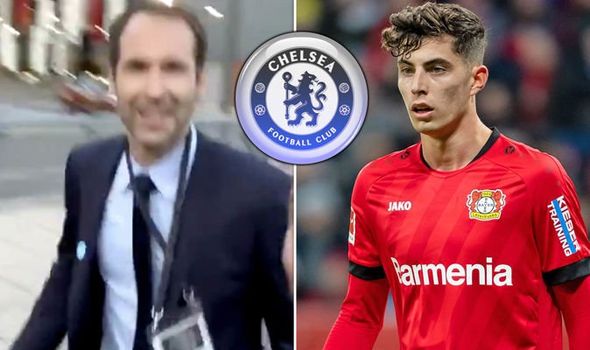 Chelsea have already enjoyed a flying start to the transfer window, securing the arrivals of Hakim Ziyech and Timo Werner from Ajax and RB Leipzig.

And they’re hoping Havertz will be next, with the playmaker eager to make the move to the capital.

Chelsea are currently negotiating with Bayer Leverkusen though may have to wait until the German side’s Europa League campaign is over before snapping him up.

While that’s the case, though, BBC Sport pundit Jermaine Jenas recently urged the Blues to sign a new defender in order to challenge for the title.

“If they can bring in a top centre-half I think they can challenge Man City and Liverpool for the title with the players they have,” Jenas told Football London. 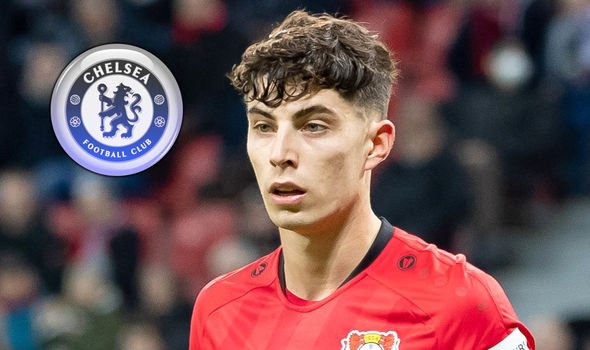 “But if they don’t do something defensively they will just be battling it out for the top four again with the rest of them.

“You can’t go through a whole season as a team like Chelsea only keeping one clean sheet away from home and expect to challenge for titles. It’s just not going to happen.

“Frank [Lampard] has got Chelsea into an FA Cup final, the top four this season and a decent run in the Champions League and I don’t think anybody expected that in his first year.

“With the players he’s going to bring in I think they can push at the top end and they’ll probably fall off at the turn of the year and finish in the top four comfortably. It will be a strong year for them next year.”

Meanwhile, Lampard hit out at referee Anthony Taylor after the club’s defeat to Arsenal on Saturday.

And he blasted the decision to give Mateo Kovacic a red card, saying: “That is nowhere near [a red card] and it changes the game.

“I cannot fault the lads effort for pushing, but that is never a red card. Again, coming back to us we did not do enough to win the final.

“What kind of rule is that? There has always been this one about how you couldn’t challenge two yellows.

“Someone is sitting there stubbornly sticking to their guns on that one because if we have VAR that is great.

“Let’s use it as much as we can to get the right decision.”