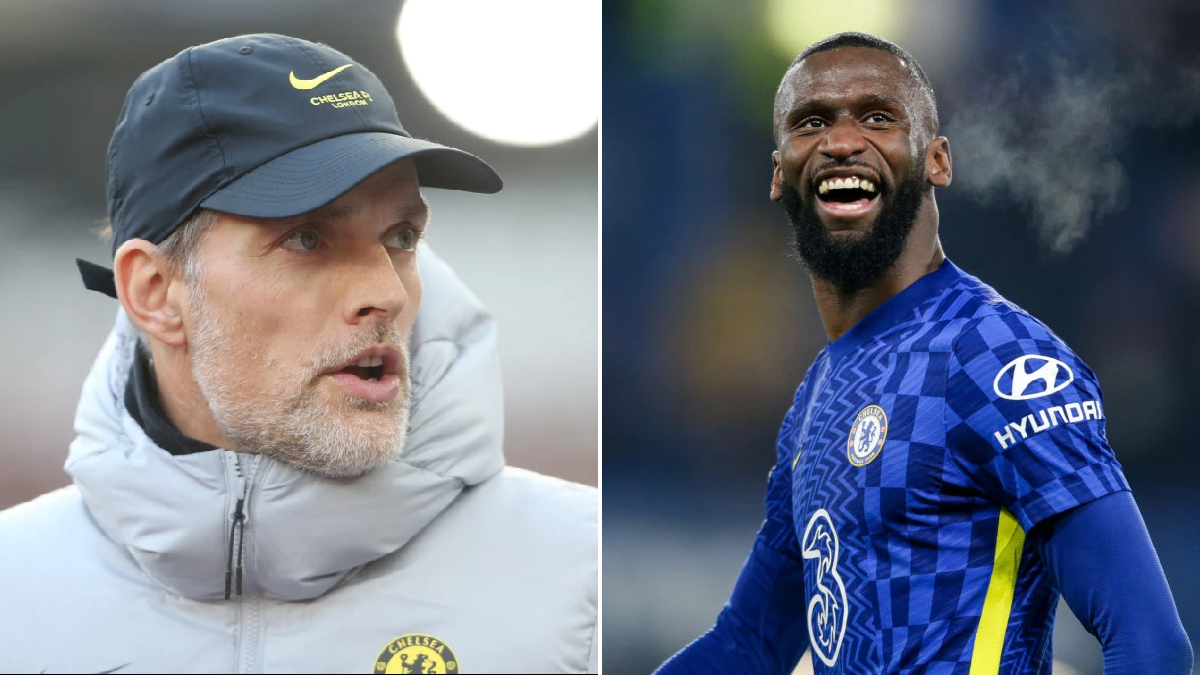 Chelsea boss Thomas Tuchel has warned Antonio Rudiger that no one is ‘bigger than the club’, before calling for patience as they seek to tie the Germany international down to a new contract.

Rudiger has been a mainstay for Chelsea so far this season, starting 14 of the club’s opening 15 Premier League games.

The 28-year-old’s current contract at Stamford Bridge expires at the end of the season and is free to sign a pre-contract agreement with foreign teams from January 1 if an agreement with the west London club over a new deal isn’t reached by then.

It is understood that talks have hit a stumbling block because Chelsea are believed to be reluctant to meet the centre-back’s demands of a salary in excess of £200,000-a-week.

Speaking ahead of Chelsea’s crucial Premier League clash against Leeds United on Saturday, Tuchel admitted that patience is a virtue over the negotiations.

‘We absolutely accept and are fully aware of the importance of Toni and the role that he’s playing on and off the pitch,’ said Tuchel. ‘There is no doubt about that.

‘It’s true that nobody is bigger than the club and this is a team effort and a strong club. It’s not only about Toni and I mean that in the best way because we know what he’s doing and we’re fully aware of it.

‘In the end, we need a bit of patience. I have no update right now.’

Rudiger has been singled out by fans and pundits alike for underperforming in recent weeks and while Tuchel believes that this is true, he doesn’t see it as a big problem.

‘With Toni, his dip in form is very, very slight, if there is even one,’ the German boss added.

‘He’s played so much that he needed the break we gave him but I honestly expect him to be in top shape now.’