Lascelles avoided any punishment from referee Peter Bankes despite a scissor tackle that upended the Chelsea striker in the Newcastle area.

Olivier Giroud and Timo Werner scored as Chelsea ran out 2-0 winners to climb into the Premier League’s top four for the first time since December.

But new boss Tuchel was left frustrated by the tackle that ended Abraham’s night, revealing he was barred from discussing it with referee Bankes at half-time.

“There’s no update yet on Tammy, but we needed to take him off after a hard tackle,” said Tuchel. “So, we are worried, but there’s no news of him.

“My assistant tried to show him (Bankes) the tackle on the iPad and he told us he was not allowed to talk to us. It was the tackle, but we didn’t know he wasn’t allowed to watch. So okay, we didn’t realise that.

“We had the feeling it was a reckless tackle.

“He (Lascelles) played the ball, yes, but for me, it’s too much of a risk to an injury to the opponent. And because of that for me, it’s a foul.

“It’s reckless, but okay it was not like us to criticise, just to discuss with the officials.”

In pictures: Lascelles’ tackle on Abraham… 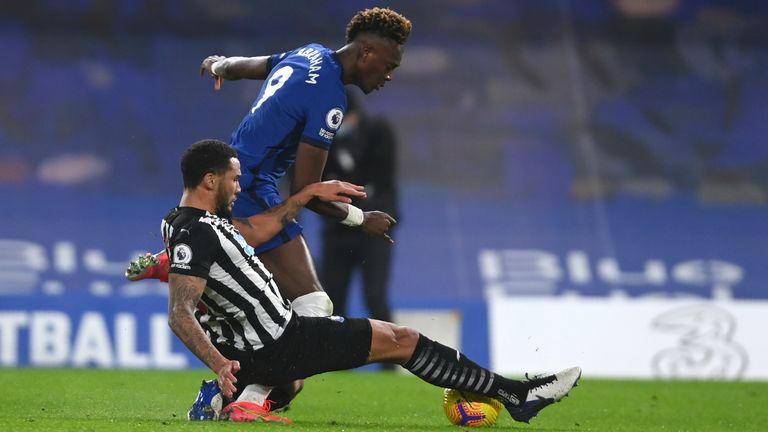 Tuchel: Hard work ahead for Chelsea 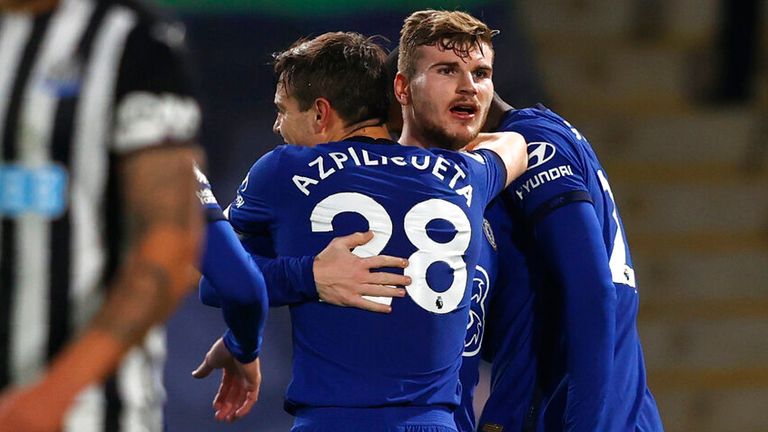 Tuchel insisted the hard work remains still ahead for Chelsea, despite the Blues climbing back into the top four.

Chelsea will travel to face Southampton on Saturday, with Tuchel revealing he will hand his players Tuesday and Wednesday off in a bid to aid recovery amid the hectic fixture list.

“We will never stop pushing, there’s no other way,” said Tuchel.

“We knew if we got results this could be on the step for us. If we won today, we knew we’d be in the top four. But I can only tell everybody there’s still a long way to go.

“Many teams are very, very close. There’s a lot of big games to play and many points to win.

“Now for me it’s important we take two days off and recover mentally and physically and then prepare 100 per cent for Southampton, it’s the next challenge.

“We play in the most difficult league in Europe. But right now it’s the next fixture.”

Bruce: We haven’t got enough points, yet!

Newcastle’s latest defeat opens up the possibility of Fulham putting the squeeze on Steve Bruce’s men as the relegation battle hots up.

Magpies boss Bruce insisted almost half the league will still be looking over their shoulders at the relegation zone, calling for calm in the wake of another demoralising defeat.

“I think there’s seven or eight teams that are always looking probably over their shoulders,” said Bruce.

“That’s the nature of the Premier League when you’re in the bottom half. You always hope you can get to the magical figure whatever it is.

“We certainly haven’t got enough points at the moment, and hopefully we can put a couple of wins together very, very quickly.”