Chelsea boss Thomas Tuchel has revealed he wants to bring in “one more” player before the transfer window shuts as the club chase a deal for Leicester centre-back Wesley Fofana. The German tactician has made a public transfer plea to owner Todd Boehly which could take their spending past £250million this summer.

The Blues have spent around £175million this summer on five new signings, the most of any Premier League club, with Marc Cucurella becoming their most expensive defensive acquisition after arriving in a £62m deal last week.

But Tuchel admits he is still searching for one more addition to his side and hinted at a defensive addition, amid reports the club have had two offers rejected for Leicester centre-back Fofana.

“We could do with one more,” Tuchel told reporters on Friday before their match against Tottenham this weekend. “If you look at the numbers and we play with a back three, the profile of what we have is a bit different I admit. 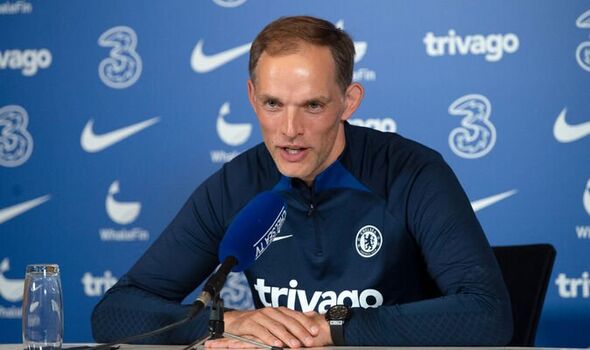 “We play with Azpi as a full-back or with [Marc] Cucurella on the other side, but both can play as a central defender. We could use one more, let’s see what happens.”

Chelsea are understood to have made 21-year-old Fofana their top target and have had two bids rejected by their Premier League counterparts, with the latest offer in the region of £70m.

Foxes boss Brendan Rodgers has insisted the two clubs are far apart on their valuation of the defender, but the Northern Irishman did not entirely rule out a sale

And when asked repeatedly about his interest in the French starlet, Tuchel refused to be drawn on whether they would return with another bid.