Victor Osimhen has alerted Chelsea and Tottenham after hinting that he could be interested in a move to the Premier League at some point in the future. The Napoli frontman listed Didier Drogba and Harry Kane as his sources of inspiration in helping him shape his game and refused to rule out following in their footsteps.

The 23-year-old has been linked with a move to England ever since he caught the eye at Lille as a youngster. Osimhen was heavily tipped to join Arsenal or Manchester United before signing for the Serie A outfit in 2020, with the Gunners reportedly having a £76million offer turned down.

The Nigeria international has become a mainstay in the Partenopei frontline, scoring 24 goals in 51 Serie A games. And those admirers from Europe continue to circle as Napoli attempt to ward off potential suitors. 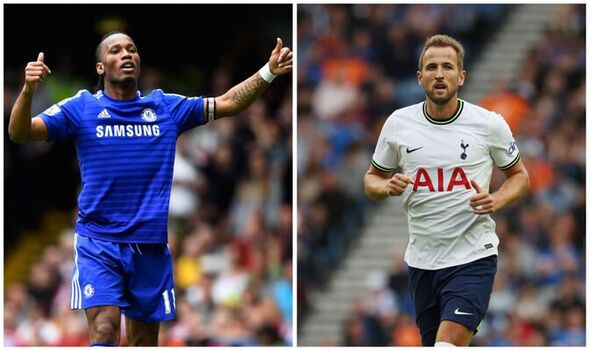 When asked about which strikers he enjoys watching, Osimhen chose to name Chelsea legend Drogba as his idol growing up. And perhaps surprisingly giving their distinctive playing styles, he singled out Tottenham talisman Kane as his modern influence, fuelling suggestions he could at one point fancy a move to the UK.

“[Lazio’s Ciro] Immobile is my favourite Italian striker. I like him a lot. [Juventus striker Dusan] Vlahovic is also very strong. Then [Romelu] Lukaku is back, there is Lautaro [Martinez]. And there’s me. It will be a good fight,” he told Corriere dello Sport, via Football Italia.

“[AC Milan striker Rafael] Leao is fast, but I am really fast. Drogba is my idol, my inspiration, he has always motivated me to become who I am and one day I hope to get close to him. Today I am also inspired by Harry Kane, but there are many strikers around that I like and can learn something from.” 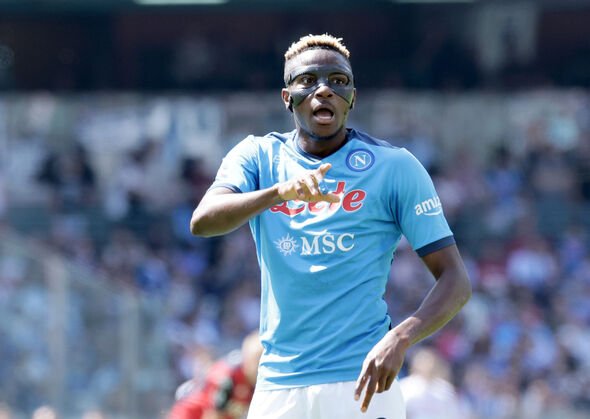 Osimhen is one of Europe’s most coveted attackers AND is currently rated at around £90million by his club, having cost a club-record €70m (£59.4m) to capture from Lille. The target man possesses strong aerial attributes just like Drogba but with a similar creative instinct to Kane, he represents a unique figure in leading Luciano Spaletti’s frontline.

His valuation may not be enough to put him out of the clutches of some clubs such as Chelsea or Man United. But the Lagos-born striker has insisted he is happy for the time being in Italy after discussing his future with chairman Aurelio De Laurentiis — although he stopped short of closing the door on a transfer later on.

“I’m at Napoli and I have great respect for my club,” he added. “These are just market rumours, I’m happy here and I’ve never had such close relations with everyone as I do right now.

“I spoke with President De Laurentiis, he is the one who decides, and he reassured me by explaining the club’s plans. I’m happy with what he told me and the signings are quality, words have been followed by deeds. I’m very happy to play with Napoli and in the future we’ll see.”