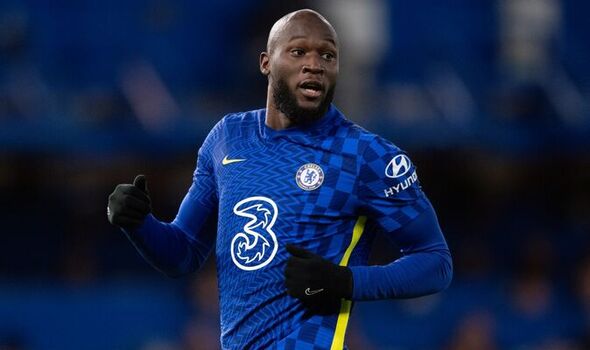 Chelsea have a final obstacle in discussions with Inter Milan over a loan deal for striker Romelu Lukaku despite agreeing that the Serie A club will pay the Belgian’s salary, according to reports. Lukaku has made clear his desire to re-join Inter following a dismal season at Stamford Bridge.

The 29-year-old first hinted at wanting to go back to Inter last December. He told Sky Italia: “Now I think it is right to speak because I have always said that I have Inter in my heart, I will return to play there, I really hope so. I really hope in the depths of my heart to return to Inter, not at the end of my career, but at a still good level to hopefully win more.”

Lukaku endured a frustrating year at Chelsea after joining from the Italian outfit in a blockbuster club-record £97.5million deal. He scored just eight goals in 26 Premier League outings and an ankle injury limited his game time.

Chelsea appear keen to resolve a quick exit for the forward, who also had a spell at the club a decade ago. They have been in talks with Inter over a return to Italy but are reportedly still some way away from agreeing a proposed loan.

JUST IN: Arsenal ‘moving with intensity’ for Raphinha in ‘recent days’

Despite Inter apparently being keen to pay Lukaku’s mammoth £325,000 per-week salary in full, there remains some distance over the value of a loan fee, according to The Times. The Blues are believed to want around £20million for the player but Inter are only willing to pay around £7-8m.

The former Manchester United man had the best spell of his career with the Nerazzurri. Lukaku scored 64 goals in 95 appearances for Inter after joining from United in the summer of 2019. He helped the club win Serie A in 2020-21 and had his game transformed under Antonio Conte.

But since signing for Chelsea last summer, Lukaku has not been able to consistently replicate that form. He scored on his full debut against Arsenal but only managed another seven Premier League goals.

His strikes in other competitions took his overall tally to 15 goals but he found himself behind Kai Havertz in the pecking order for most of the campaign. Havertz appeared to suit Thomas Tuchel’s style much better than Lukaku.

Tuchel was left unhappy by comments made by Lukaku in his interview, which was conducted a few weeks before it was released around Christmas. The German did not give the striker a regular run in his team until the final months of the campaign, with Lukaku scoring three goals in his final three appearances.