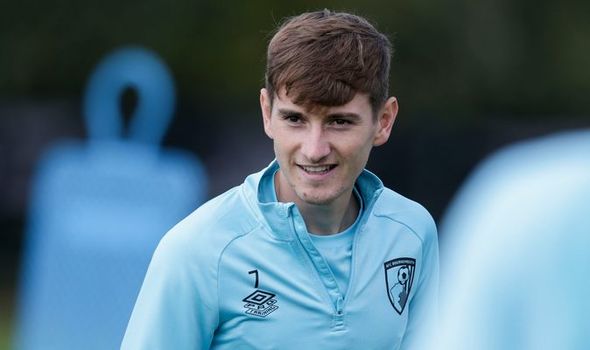 Chelsea and Arsenal have led an outpouring of support on social media for David Brooks after the Bournemouth forward was diagnosed with Stage II Hodgkin Lymphoma after returning from international duty. Brooks was prematurely discharged from the Wales squad last week ahead of Wednesday’s revelation that he will be forced to undergo immediate treatment.

The diagnosis was confirmed by Bournemouth via a club statement to mark a shocking and unfortunate twist in Brooks’ fledgling career.

The 24-year-old joined the Cherries from Sheffield United in 2018, going on to feature heavily in the Premier League before their eventual relegation to the Championship.

Brooks has played nine games for Bournemouth in all competitions this season, chipping in with three goals in the process.

However, he will now be poised to spend an indefinite amount of time on the sidelines as he begins his recovery over the coming weeks and months.

A number of heartfelt tributes were posted on social media in the wake of Wednesday’s announcement, with the official Twitter accounts of Chelsea and Arsenal wishing Brooks all the best in his upcoming battle with the disease.

The Blues tweeted: “Sending you all of the best for your recovery David. We’re all behind you.”

Arsenal went on to send their own message of support to Brooks, adding: “Wishing you all the best in your recovery, @DRBrooks15. Everyone at Arsenal is right behind you!”