Chelsea came away with a late 2-1 victory against West Ham after a grandstand finish at Stamford Bridge with Maxwel Cornet’s last-minute strike controversially chalked off by VAR.

After a drab opening half of football that failed to produce a shot on target, the London derby livened up as tension threatened to boil over between both sets of players. And the atmosphere changed inside of Stamford Bridge after Michail Antonio pounced on a poor piece of defensive work from Chelsea on 61 minutes.

Ben Chilwell scored the equaliser before setting up Kai Havertz for the winner, before Cornet struck home late on. But the referee after some deliberation made a U-turn to rule out the goal, leaving West Ham boss David Moyes fuming. Express Sport looks at five things learned from the encounter on Saturday afternoon.

David Moyes was absolutely fuming on the touchline as Thomas Tuchel had VAR to thank for giving his side the three points. In other circumstances and on another day, it may have been a different story.

Jarrod Bowen collided with Edouard Mendy but the contact looked minimal at best. Still, it grounded the Senegalese and Cornet finished home into an empty net on 89 minutes. West Ham celebrated, but the referee cut short their joy by ruling out the goal.

How big a moment might that prove to be in both teams’ season is yet to be determined. But Chelsea and Tuchel, after finding themselves on the end of some questionable VAR calls this season, will be glad one tilted in their favour today.

Thomas Tuchel jumped up and down in anger when Conor Gallagher failed to play a forward pass after driving with the ball early in the first half. The Chelsea boss was spotted fuming at the midfielder, who turned back and played a safe pass instead. 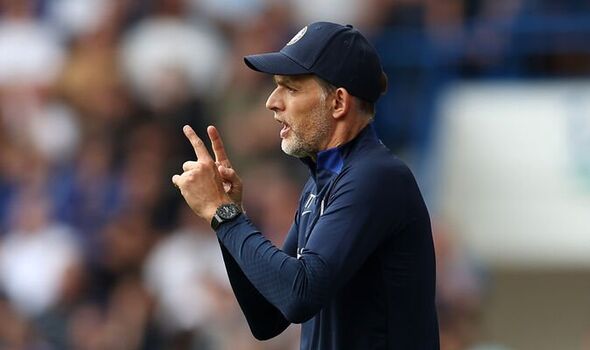 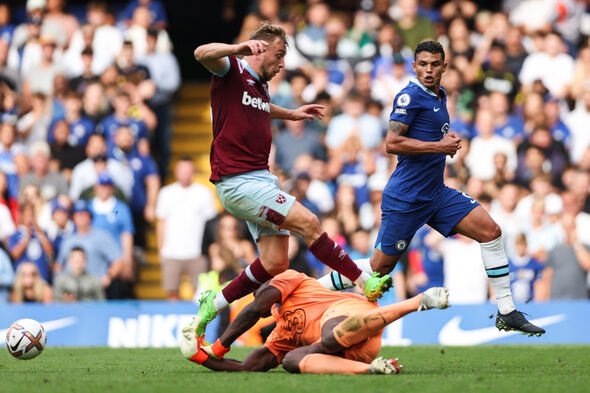 £270m spent and no improvement

For all of Tuchel’s new signings and Todd Boehly’s backing this summer, it was very much the same old Chelsea as far as the fans were concerned. A toothless attack and more problems at the back, despite a huge investment in their backline.

Tuchel had blasted his side after losing 2-1 to Southampton, saying his side were “easy to play against”. That was supposed to be a rallying call, rather than a statement they internalised. He was equally angry again at his side, fuming at Conor Gallagher at one point before hooking the midfielder on the hour-mar.

West Ham had barely posed a threat to the goal until their second set piece of the game. And as Edouard Mendy failed to deal with the initial delivery, flapping it to Declan Rice’s feet, the defenders flailed around embarrassingly on the floor, allowing Michail Antonio to poke home on the goal-line.

It is the fourth goal Chelsea have conceded from set pieces this season already and it is a growing problem the German is yet to resolve. Even with the experience of Kaildou Koulibaly and the £70m signing of Wesley Fofana, there seems to be no improvement, although Mendy’s poor form was also a key factor.

Tuchel was not afraid to throw Fofana in at the deep end despite the fact the £70m signing had only trained once with his new team-mates. “We gave a lot of thought into whether we should do it [start Wesley Fofana] straightaway,” he said before the match.

“There were reasons for not doing it and in the end he seemed to be a cool guy and fine with it and fit, and we can use his wildness I hope in the back three and his spirit and first contact in the box for defending crosses and set pieces.”

He demanded the ball at will and looked comfortable in possession and galloped with the ball into midfield, showing good pace and a willingness to get the ball forward quickly. On this display, there is certainly enough to suggest their money has been well spent.

Playing next to a world-class defender like Thiago Silva is only going to make him better too, as the Brazilian produced another composed display at the back in an intriguing battle with Michail Antonio. 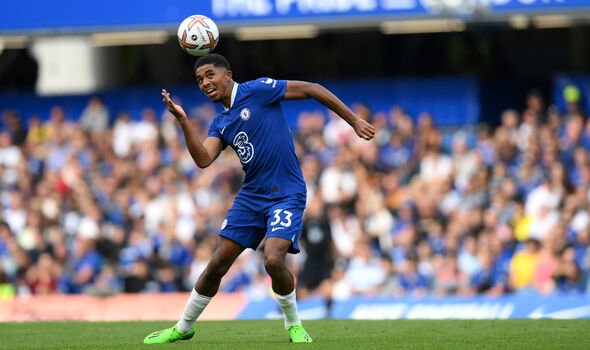 A penny for the thoughts of Armando Broja, who was benched just a day after signing a new six-year deal with the club. With Havertz dropped and Pierre-Emerick Aubameyang out inured, the Albania international could be forgiven for wondering when he will get his chance to impress from the start.

The 20-year-old could only watch on as his team-mates managed a paltry three goal attempts, all off target, in the first half as the crowd grew frustrated with the Blues’ profligacy. Against a stubborn West Ham backline, Reece James’ inviting deliveries from the right were easily hoofed clear with not a blue shirt anywhere near the six-yard box — a place where Broja is always lurking.

He was eventually brought on in the second half and made an immediate impact as he caused problems for the West Ham backline. Tuchel then threw on Ben Chilwell after conceding the goal and just six minutes later, the left-back coolly brought down the long ball over the top and prodded it past Fabianski.

He then set up Havertz, who looked like a man with a point to prove, for the winning goal in the 87th minute. Their hunger to impress will not go unnoticed by Tuchel, with their desire make a difference proving vital in the end for the Blues. 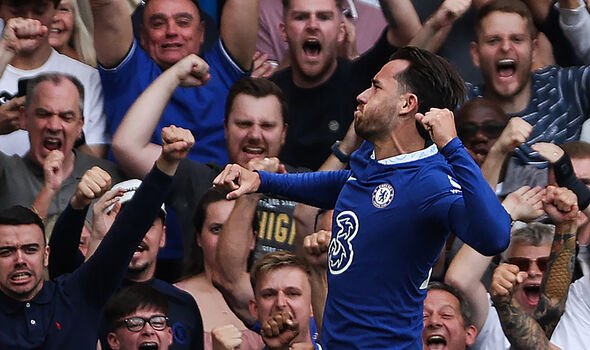 Is it any wonder Chelsea and Manchester United have been long-time admirers of Declan Rice when the England international plays like this?

The 23-year-old patrolled the backline and suffocated the space in between Gallagher and the two forwards, as well as intercepting passes and carrying the ball out from the back. It is a performance his boss Moyes would have been used to, and one Tuchel would have taken notice of.

If he continues to perform at such a high level while West Ham struggle, it is surely only a matter of time before he moves onto a bigger club. As for now, the Hammers can count their lucky stars the tireless captain is continuing to carry the burden of responsibility on his back.