Chelsea’s title ambitions suffered a reality check with a 2-0 defeat to dominant defending champions Liverpool at Stamford Bridge on Sunday, as Sadio Mane’s double capitalised on Andreas Christensen’s red card and another error from Kepa Arrizabalaga.

Frank Lampard’s side have spent lavishly in this transfer window with a view to closing the 33-point gap which opened up between these sides last season but couldn’t lay a glove on the title holders in the first half. Their task was then made so much harder in stoppage time when Christensen was sent off for hauling Mane to the ground.

That paved the way for Liverpool – who brought on new signing Thiago at half-time – to take complete control after the break and they did just that with Mane heading in Roberto Firmino’s cross (50) and then chasing down Kepa’s casual pass out to slot in a second (54).

Timo Werner’s perseverance gave Chelsea hope of an unlikely comeback when he was tumbled in the penalty area by Thiago, but Jorginho’s spot-kick was saved and Jurgen Klopp’s side marched to a second straight win with a daunting performance for their title rivals.

There was no place for Reuben Loftus-Cheek or Antonio Rudiger in the Chelsea squad, while Timo Werner and Kai Havertz made their home debuts.

Liverpool began with Fabinho at centre-back due to injuries to Joe Gomez and Joel Matip, while new signing Thiago started on the bench.

How Liverpool put hopefuls Chelsea in their place

The last time these sides met, they played out a 5-3 thriller on the night Liverpool lifted the Premier League trophy at Anfield, but there was little sign of that cavalier play in the first-half.

Instead, with Chelsea – missing new arrivals Ben Chilwell, Hakim Ziyech, Thiago Silva and key man Christian Pulisic through injury – happy to sit back and wait for opportunities to counter through Werner, there was just one shot on target during the opening period.

That came 13 minutes in, with a reminder of the air of uncertainty around Kepa. The Chelsea goalkeeper misguidedly chased a deflection to the side of his area, was beaten to the ball by Mohamed Salah and looked on thankfully as Christensen got back to block Roberto Firmino’s shot.

More on this story 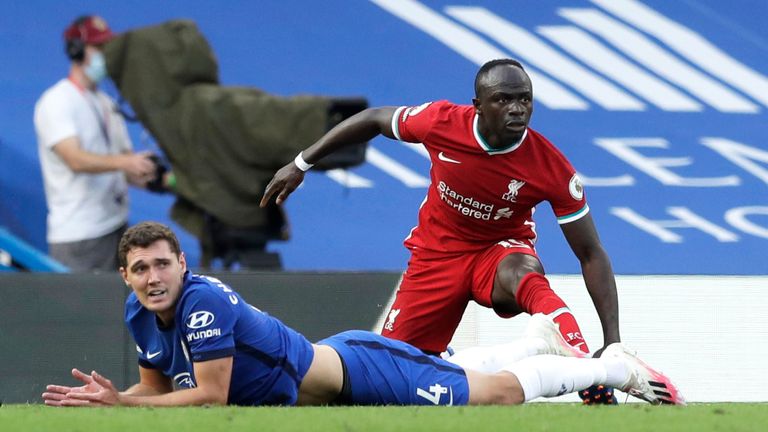 But Christensen went from hero to villain for Chelsea and left them facing the entire second half with 10 men after rugby-tackling Mane to the floor as he ran through on goal. Referee Paul Tierney initially brandished a yellow card but upgraded it to a red after consulting the pitch-side monitor.

While Chelsea subbed off expensive new signing Kai Havertz for defender Fikayo Tomori, Liverpool’s new man Thiago came on for his debut at the start of the second half and typically took charge of the midfield as the visitors asserted their control.

The Reds made that superiority count just five minutes after the restart when Firmino played a one-two with Salah around Marcos Alonso and Mane headed home the Brazilian’s cross. 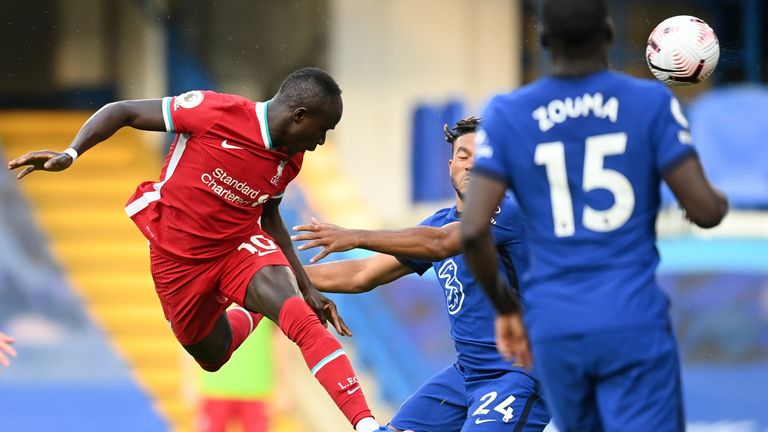 Just four minutes later their advantage was doubled when Mane chased down the ball after giving up possession and intercepted Kepa’s pass before slotting past the stranded and under-pressure goalkeeper. 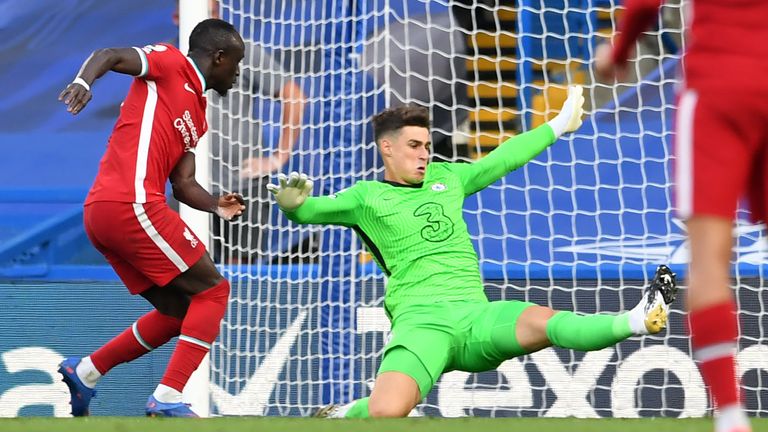 Despite Liverpool’s authority, Chelsea came close to getting back into the match with a couple of rare forays forward. First Mason Mount saw a dipping effort clip the roof of the net and then Werner won a penalty from Thiago’s clumsy clip but Jorginho failed to find the net from the penalty spot for the first time since he came to the Premier League.

Salah almost made it three with the final kick of the game but shot straight at Kepa, but regardless of the modest scoreline, this was a resounding response from the champions to their ambitious opponents. 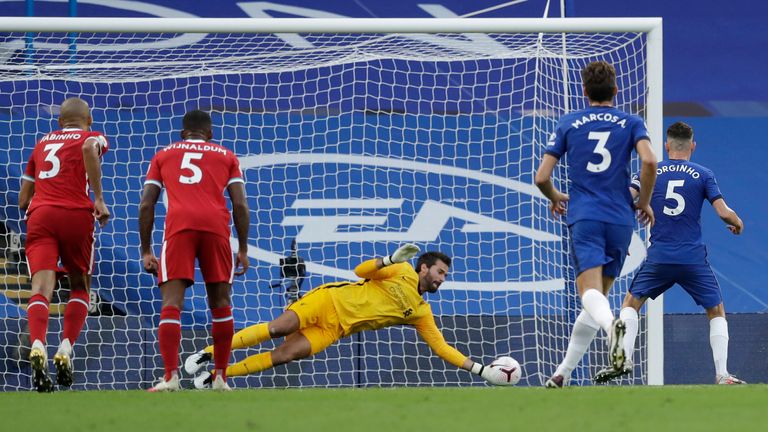