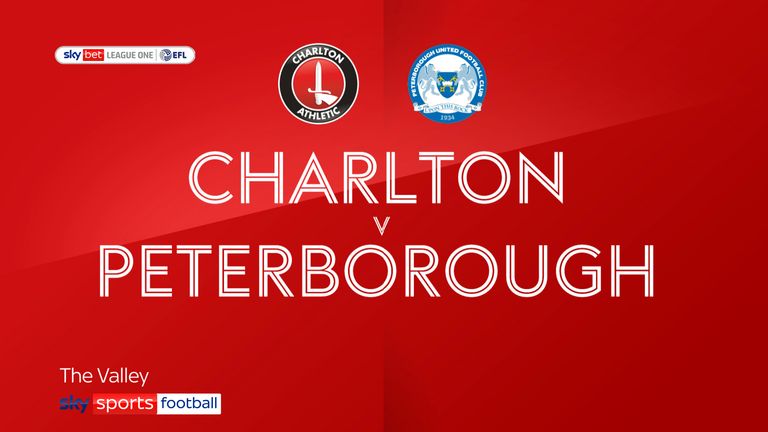 Peterborough kept in the running for automatic promotion with a 1-0 win over Charlton at the Valley.

The visitors had the better of the opening exchanges, and took the lead on nine minutes, when Jonson Clarke-Harris fired low from just outside the area after a Sammie Szmodics lay-off.

Charlton were forced into a change after 24 minutes, when Albie Morgan replaced the limping Diallang Jaiyesimi.

The hosts had the perfect opportunity to equalise from the penalty spot just after the half-hour mark, when Frankie Kent fouled Alex Gilbey. However, keeper Josef Bursik pulled off an excellent save from Jayden Stockley.

Charlton started off a little brighter in the second half, although they were not able to hit back.

Liam Millar drove an effort over the bar just after the hour mark, while Szmodics lifted over Amos on the stretch a minute later.

Looking to extend their unbeaten run to 11 games, the hosts pushed for a late equaliser, and sent on the returning Conor Washington as substitute.

Szmodics hit the post deep into injury time, but Peterborough keep on track for automatic promotion.