Reading scored inside 10 seconds as they continued their best start to a season for 35 years with a 4-2 win at Blackburn. 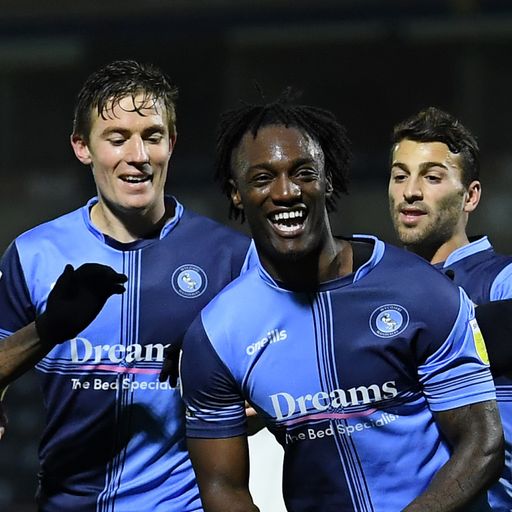 The Royals are a surprise package following unknown boss Veljko Paunovic’s appointment midway through pre-season as they won for a seventh time from eight games.

The foundations of the victory at Ewood Park was won in a crazy opening 18 minutes where Reading went 3-1 up, thanks to goals from Yakou Meite – clocked as the fastest in the club’s history – Michael Olise and Josh Laurent.

Adam Armstrong had made it 1-1 and then got Blackburn back in it in the second half, but Lucas Joao killed the game in the final 10 minutes.

Wycombe picked up their first-ever point in the second tier as they held Watford to a 1-1 draw.

The Chairboys, playing at this level for the first time in their history, had lost their opening seven games but stopped the rot against the Hornets.

Ismaila Sarr put the visitors ahead shortly after half-time at Adams Park but Anthony Stewart levelled for the Chairboys and they held out for a memorable result.

Swansea were the big movers on the evening as they climbed into the top two with a 2-0 home win over Stoke.

Jay Fulton put the Swans in front on the half-hour and then Kasey Palmer’s late strike made the game safe, earning a first win in four.

The Canaries had begun to click into gear, winning three in a row, but were heading for defeat in west London when Ivan Toney opened the scoring in the first half.

But McLean’s first goal of the season three minutes from time earned the visitors a point.

A bore draw looked on the cards at the Riverside until Britt Assombalonga scored in the 81st minute and then Djed Spence made the game safe in injury time.

Valerien Ismael made the perfect start as Barnsley’s head coach after leading his new side to a 3-0 victory over 10-man QPR at Oakwell.

A penalty from Cauley Woodrow, as well as a goal from Conor Chaplin and an own goal from Yoann Barbet gave Barnsley their first league win of the season as Rangers played over 60 minutes a man short following Rob Dickie’s red card.