Ange Postecoglou has admitted to serious concern after risking Kyogo Furuhashi in a meaningless Europa League win over Real Betis — only to see the star forward limp off with a potentially disastrous hamstring injury.

And he blamed a ‘ridiculous’ fixture list for the fitness problems leaving him with a major striker crisis.

Furuhashi was thrown on when Albian Ajeti pulled up with a hamstring injury after just 27 minutes of an eventful dead rubber that ended in a 3-2 victory for the hosts. 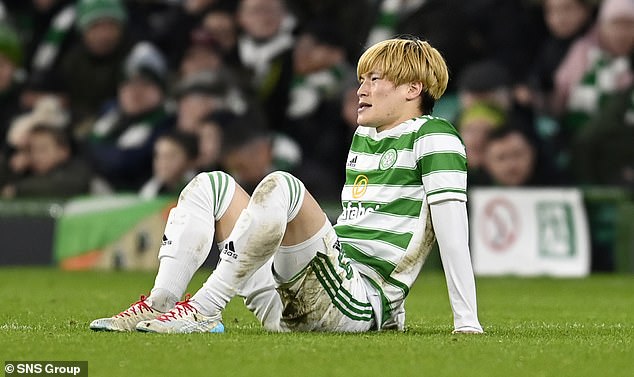 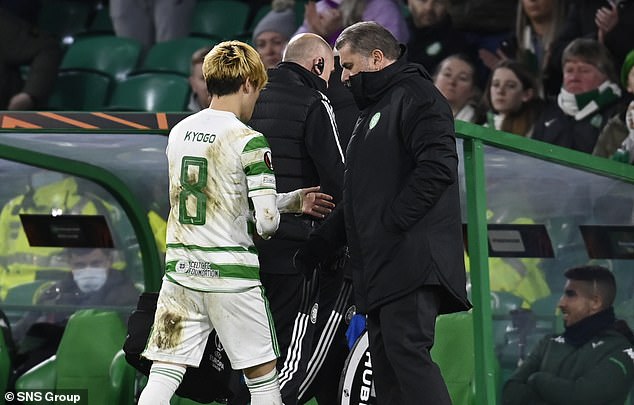 But the Japanese international then went down holding his right hamstring after a sliding challenge with less than 20 minutes of the game remaining.

Although the fans’ favourite was the only fit forward on the bench, many were left wondering why Postecoglou hadn’t improvised a change — and protected his team’s most dangerous player.

Postecoglou admitted he hadn’t intended to throw his top goal threat into the fray so early. And, asked about the extent of the injury, he admitted: ‘Yeah, it’s not good. We’ll just wait and see what the assessment is. 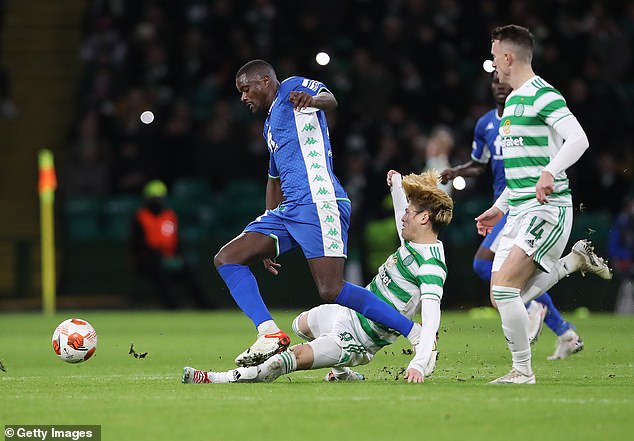 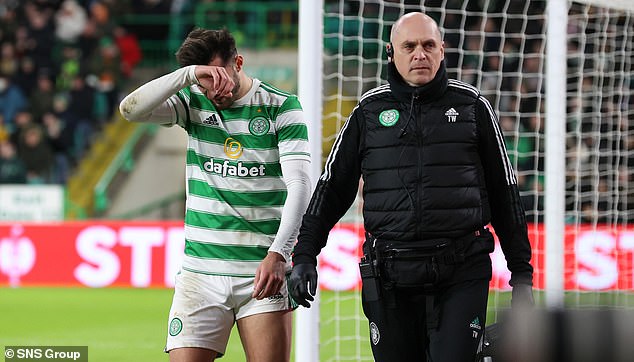 ‘Obviously we were prepared to give Kyogo a bit less time tonight but with Albian also getting a hamstring, we’re just going through a bit of a rough trot which never seems to end. But we’ll cope.

‘We’ve got a few injuries. But the amount of games we’re playing, it’s just ridiculous, to be fair.

‘We don’t have the squad to cope with that at the moment. Luckily tonight we got some 90 minutes into players who will help us moving forward.’

With eight games crammed into the fixture list between now and the winter break, including the Premier Sports Cup Final and the New Year clash with Rangers at Celtic Park, the potential loss of Furuhashi for any length of time would be a major blow. 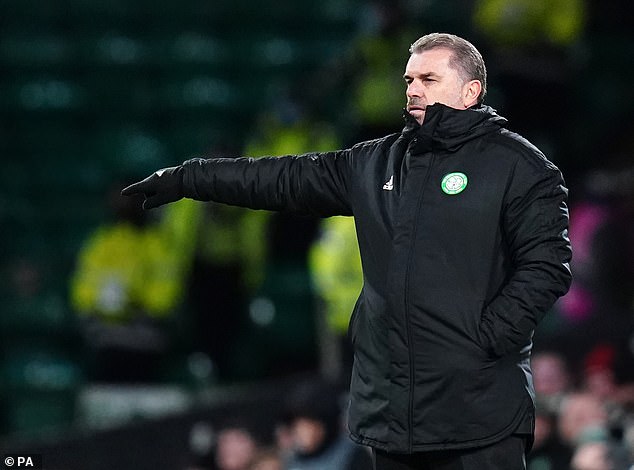 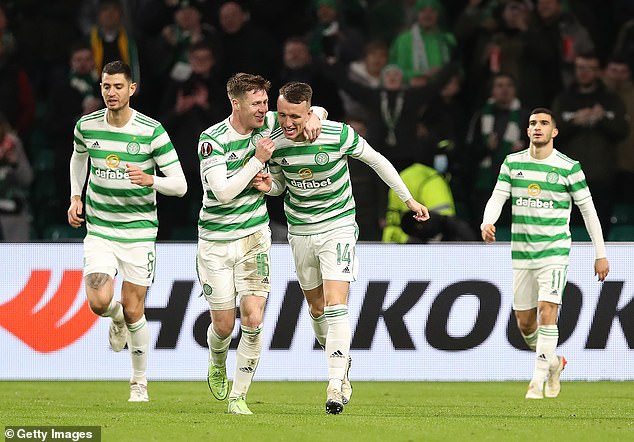 Greek forward Giorgios Giakoumakis is out with a knee injury, while Portuguese winger Jota — who can play through the middle — is certain to miss the Hampden final against Hibs with a hamstring strain.

‘Kyogo wasn’t worth the risk, though. Huge month ahead. The squad is light. The support need him to get Ange Postecoglou and the team through the next few weeks until January.’