Report as Celtic reach the 2020 Scottish Cup final; Neil Lennon’s side are chasing a fourth domestic treble in a row and will face Hearts in December; Ryan Christie and Mohamed Elyounoussi both on target against Aberdeen at Hampden Park 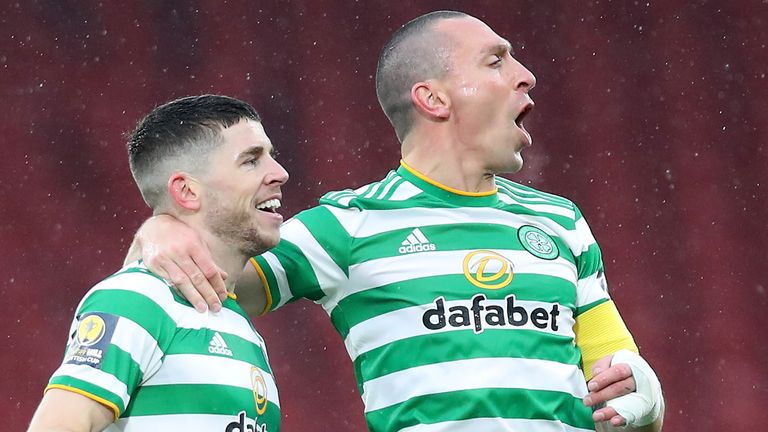 Celtic remain on course for a fourth straight domestic treble after a 2-0 Scottish Cup semi-final victory over Aberdeen helped Neil Lennon’s side return to winning ways.

A first-half stunner from Ryan Christie (18) put Celtic in front at Hampden Park, with Mohamed Elyounoussi doubling their lead (23) shortly after in the rescheduled 2019-20 semi-final.

Celtic closed out the game in the second half to end a run of four matches without a win, which featured defeats to Rangers and Milan before draws with Aberdeen in the Premiership and then at Lille on Thursday.

In pursuit of a 12th Scottish trophy in four years it is Hearts who stand in Celtic’s way, with the Scottish Cup final scheduled to take place on December 20.