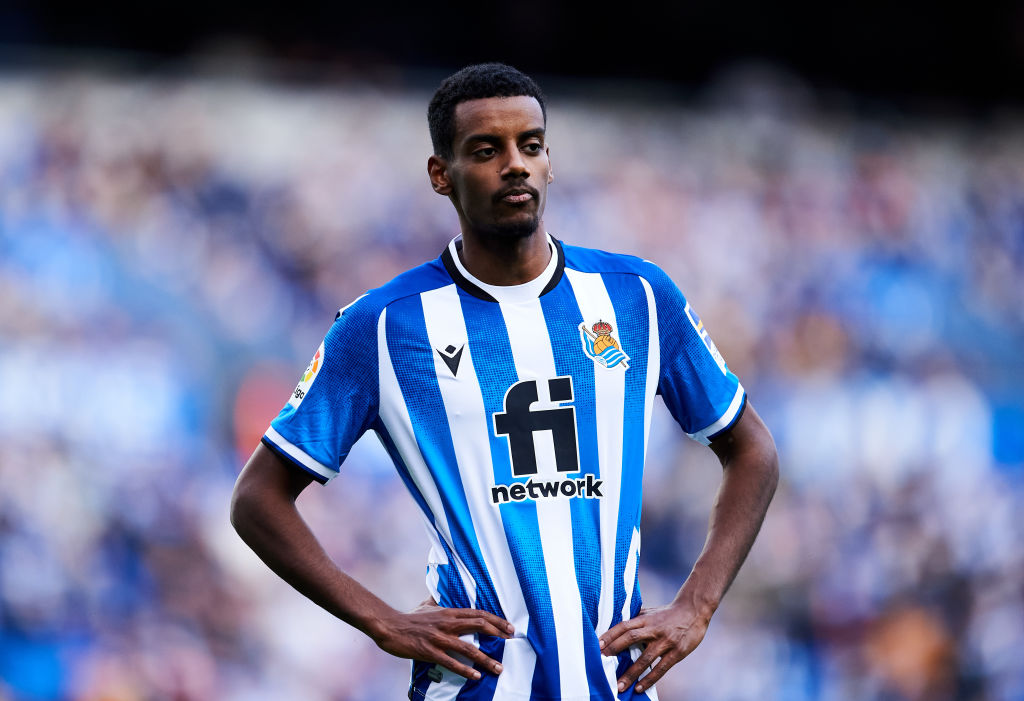 Former Arsenal forward Kevin Campbell has believes Pierre-Emerick Aubameyang, Alexandre Lacazette and Eddie Nketiah’s days are ‘numbered’ at the club and the trio should be replaced by Alexander Isak.

Isak, the Real Sociedad forward, has caught the attention of Europe’s elite with his rapid rise in Spain and with the Swedish national team.

Aubameyang was stripped of the Arsenal captaincy last month after a disciplinary breach and the club are open to selling the Gabon forward this month.

Lacazette has replaced the 32-year-old in the starting line-up but he is out of contract at the end of the season, while Nketiah – who also has six months to run on his deal – is surplus to requirements.

And Campbell believes it’s time for the club to move on from the trio, with the former Everton ace tipping Isak to come in at the Emirates.

‘But I think they could do with another one. When you think about Aubameyang, Lacazette, and Nketiah – they’re on the way out, their days are numbered at the club.

‘So you’re probably looking at bringing in two new strikers, minimum, whether that’s this month or in the summer.’

Arsenal’s form has improved since Aubameyang was dropped from the side and the form of the likes of Martin Odegaard, Emile Smith Rowe and Bukayo Saka has given hope for the future.

However, Campbell feels the Gunners are still light in midfield and could do with more experience, which he feels Aston Villa ace Douglas Luiz could provide.

‘He’s done excellently at Aston Villa. He’s playing even better now that Steven Gerrard has got hold of him – which is no surprise.

‘I think clubs like Arsenal have to be looking at the likes of Douglas Luiz. He’s young, there’s plenty of room for growth, and he’s experienced in the Premier League.

‘I think it would be a brilliant move.’