Burnley 1-3 Aston Villa: Mike Jackson handed his first defeat since becoming interim manager as former player Danny Ings is among the scorers to put a dent in the Clarets’ survival hopes

Ings, who spent four years at Turf Moor, killed the raucous pre-match atmosphere with an early poacher’s goal with Emiliano Buendia adding a second before half-time and Ollie Watkins then scoring his 10th of the season, in front of England manager Gareth Southgate.

Despite a consolation from substitute Maxwel Cornet in injury time, the result means Burnley will return to the bottom three if rivals Everton win and Leeds get at least a draw on Sunday. Tactically, they were bettered by Villa boss Steven Gerrard who used centre-half Calum Chambers as extra insurance in midfield and allowed Buendia a free role. 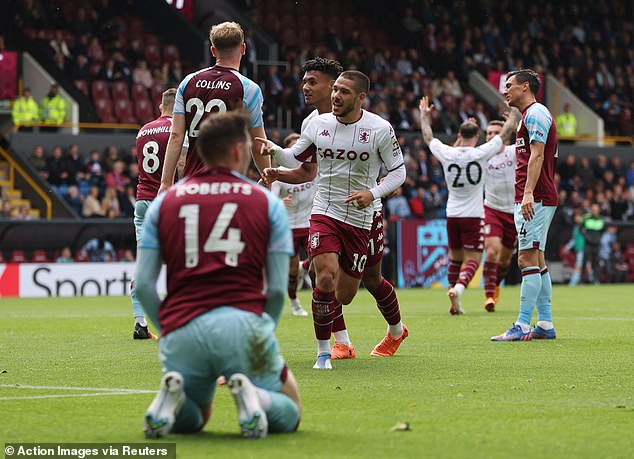 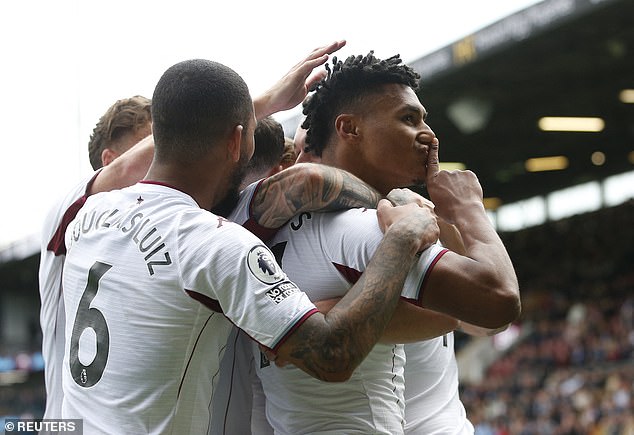 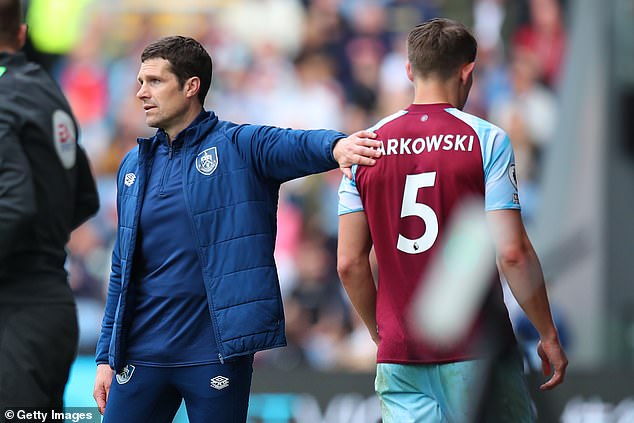 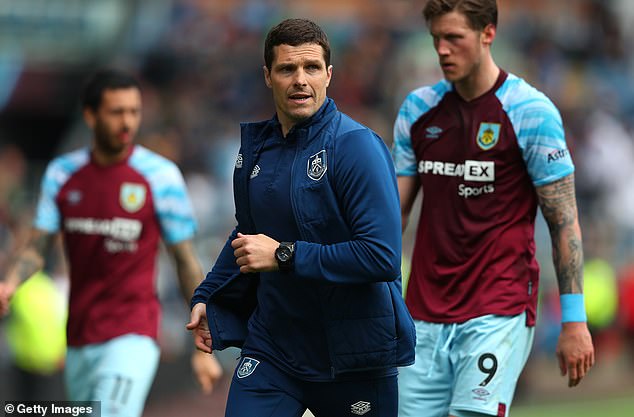 Gerrard sprung a selection surprise by leaving Brazilian Philippe Coutinho on the bench for the first time since he made his debut for the club on loan in January.

The cauldron that awaited them at kick off spoke volumes for the impact Jackson had made with three wins and a draw since Dyche’s sacking.

Ings looked lively from the first whistle and didn’t take long to register his fourth consecutive goal against The Clarets.

It was a neat Villa passing move with Douglas Luiz finding Buendia and the Argentine, the replacement for Coutinho, splitting the Burnley back line for Ings to run on and finish low to Nick Pope’s bottom right-hand corner.

Burnley had come from behind against Watford last weekend and tried to make immediate amends with a snapshot from Ashley Barnes that flew over.

They did get Villa goalkeeper Emiiano Martinez to make five saves in the first half, Martinez also becoming a pantomime villain for taking his time over goal-kicks, but lacked the quality to score.

Wout Weghorst missed with a shot on the turn and a header while McNeil was guilty of shooting straight at Martinez when inside the area.

It was no surprise he’d failed to score with 41 previous shots in the Premier League.

At the other end, Villa then struck again after 31 minutes.

Once again, the build-up was slick.

Ings fed Ollie Watkins who found Lucas Digne on the overlap. The Frenchman had time to size up his options in the area and cut back for Buendia whose low first-time finish wrongfooted Nick Pope. 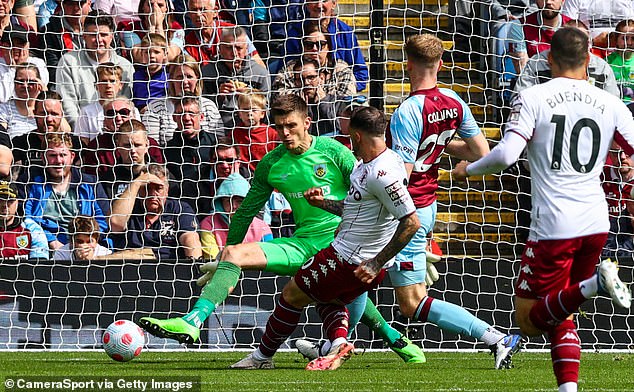 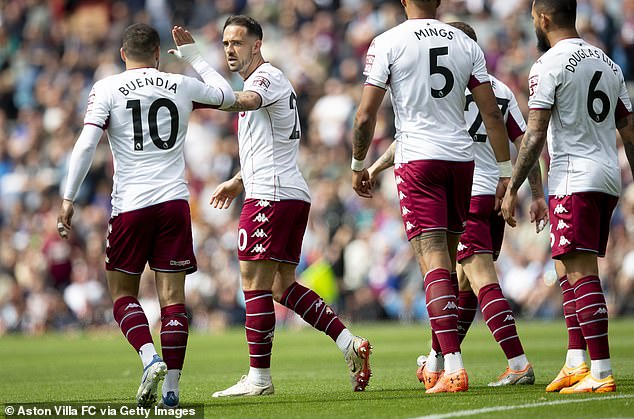 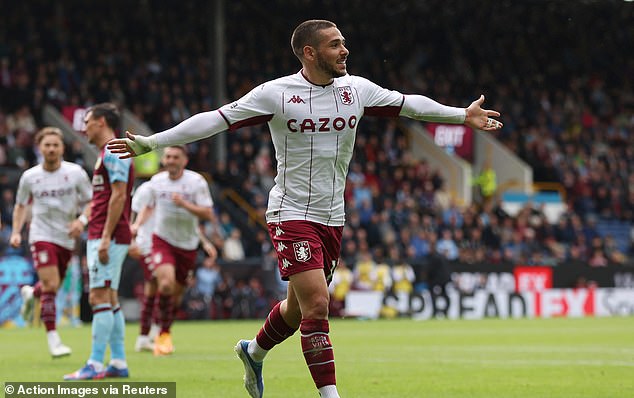 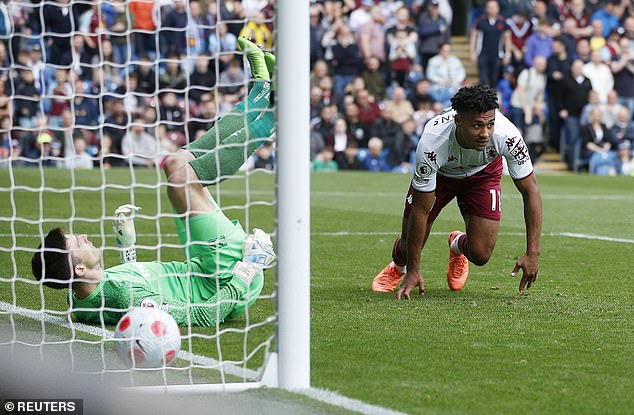 It was only Buendia’s third goal for Villa since a £33million move from Norwich last summer and vindicated Gerrard’s decision to give him rather than Coutinho the playmaker’s role at Turf Moor.

Burnley received a blow early in the second half when Tarkowski limped off to be replaced by Kevin Long. With club captain Ben Mee also out injured, it gave the back line an unfamiliar look.

The makeshift back line were no match for a great Villa counter that made it 3-0. Digne found John McGinn charging down the right and the Scot delivered the perfect cross that curled away from Pope into the path of Watkins to meet with a downward header. 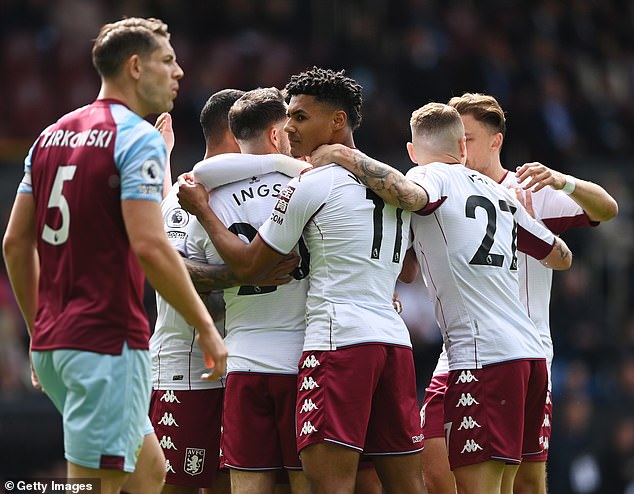 Jackson sent on Maxwel Cornet for the final third with the exciting Frenchman having missed Burnley’s last couple of wins because of injury.

It briefly roused the crowd but Villa still created the better chances with Watkins nearly adding his second.

To add to their troubles, Gerrard decided to send on Coutinho of Barcelona and Brazil for the final 10 minutes, the excellent Buendia making way.

Burnley did manage the last of the game – Cornet rounding Marnitez and firing into the roof of the net. At this stage of the season, every one might count if goal difference comes into play 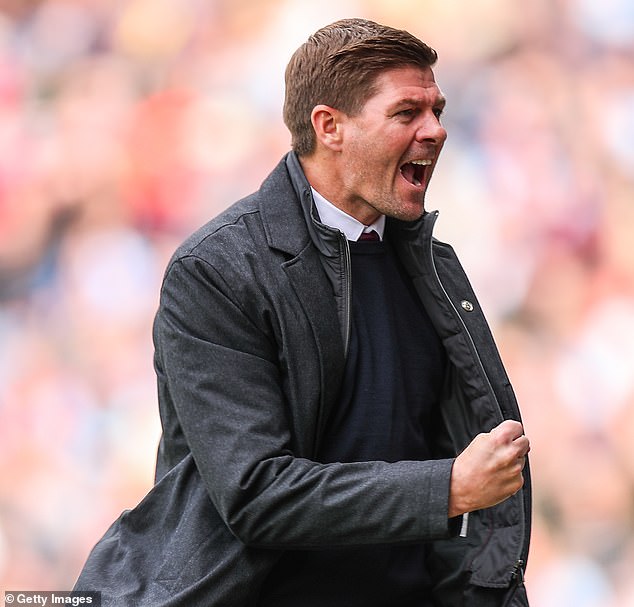