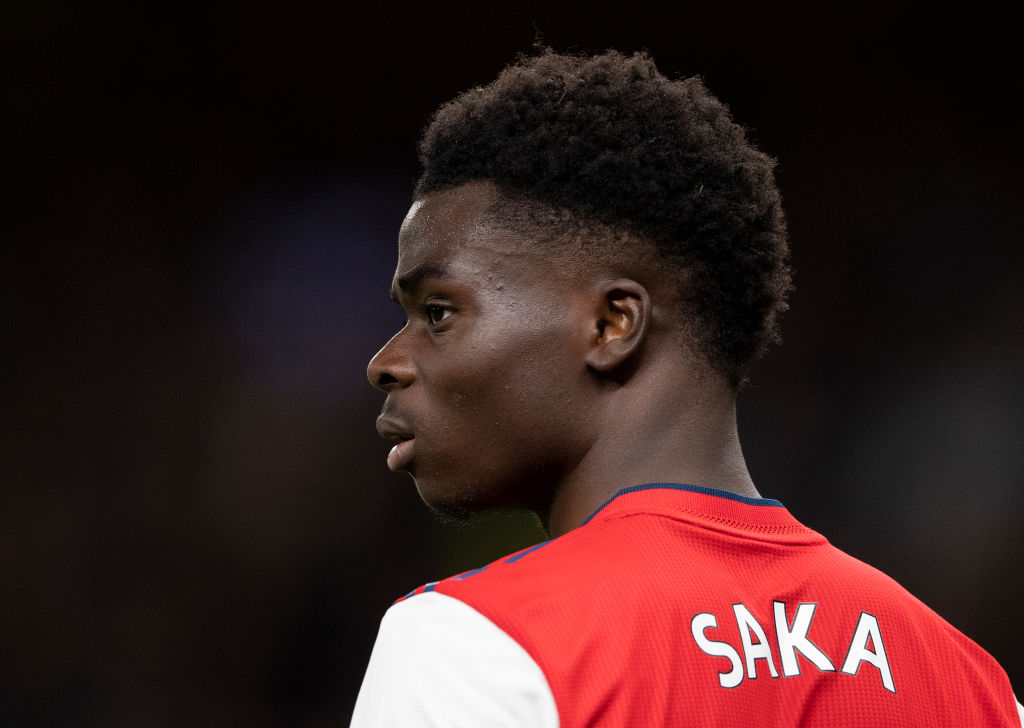 Bukayo Saka has teased that he is staying at Arsenal next season amid rumours that the winger is wanted by Manchester City and Liverpool.

Recent reports have suggested that the top two Premier League clubs are preparing to make a move for the England star who is entering the final two years of his Gunners contract.

The Citizens and the Reds are hoping that an offer of a significant pay rise from his £30,000-a-week salary, and the chance to play Champions League football will be enough to lure Saka away from his boyhood club.

However, the 20-year-old has shown no previous desire to leave the Emirates and a recent video message from Saka seems to suggest that he will be playing his football in North London next season.

In a video posted on Arsenal’s Twitter account, Saka appeared alongside Arsenal Women’s Player of the Season Beth Mead, where they thanked fans for their support.

‘Hello Arsenal fans, I just wanted to say thank you for voting me as your player of the season again,’ he said.

‘It’s a real honour to win this trophy and I really feel all your love and support.

‘See you next season.’

That last line has many speculating that Saka will be sticking around for now, which will be a relief to Gunners fans after the forward scored 11 and assisted seven in his best campaign in red and white so far.

It was also reported on Wednesday that Arsenal are confident that their star player will extend his contract with the club which should allow them to fend off any interest from rival sides.

Mikel Arteta and co. will begin contract negotiations with Saka once he returns from international duty and are set to offer him a new long-term deal that would more than quadruple his current wages to £125,000-a-week.