England star Lucy Bronze believes there needs to be more education around LGBTQ+ issues in men’s football after Iker Casillas allegedly ‘joked’ about coming out.

The former Real Madrid goalkeeper tweeted that he was gay, before quickly deleting the post and claiming that he had been hacked.

Casillas has been heavily condemned while his tweet attracted several homophobic responses and Bronze says the reaction shows football still has a long way to go before conversations over sexuality become normalised. 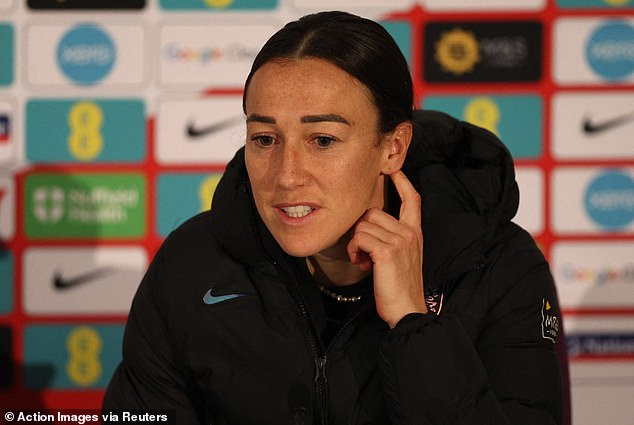 ‘Obviously at the beginning no one really knew it was a joke,’ Bronze said.

‘But I think the reaction that has been had on social media in general, from not knowing what it was to thinking it was a joke to being hacked…the reaction just shows that there still needs a lot of education, openness on these kind of subjects because that kind of reaction wasn’t normal.

‘Whether it was a joke or not, I don’t know Casillas so I don’t know, but I think it shows there are still a lot of education and conversations that need to be had to make the world and the social media world a better place and more comfortable to have open conversations when they are real.’ 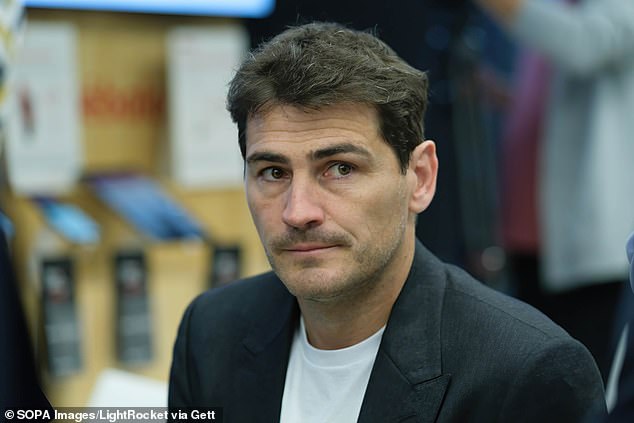 Casillas took to Twitter to send out a blunt message, before quickly deleting it again

Puyol met the Barcelona women’s team before their Champions League final last season and has become friends with many of the players.

Bronze joined Barca in the summer and admitted it will be something the team will discuss when they return form the international break.

‘I’ve not met him [Puyol], so I couldn’t really comment, and I’ve not really spoken to the Spanish girls either so I don’t know what they’re thinking or if they’ve looked at the story but I’m sure it’ll be a conversation a few girls will be having.’

Bronze’s fellow victorious England team-mate Beth Mead has previously been outspoken on how being gay is ‘more the norm’ in women’s football.

She stated in a Sky Sports interview that there is a ‘difference in culture’ in men’s football that makes it ‘much, much harder’ for male players to come out. 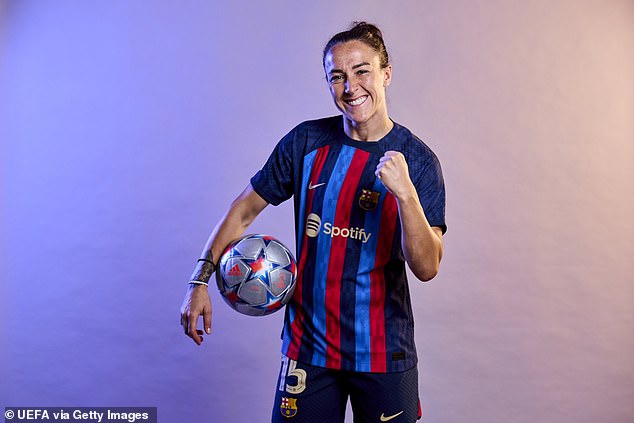 She said:  ‘Actually, I’ve never physically come out and said I’m gay, I’m with a girl because I’ve not had to. I’m just being me. I’ve put pictures with my partner on social media. To me, I’ve tried to make it the normal rather than make it a statement.

‘Obviously for the men right now, they have to put it out in the media to then see what reaction they get and I get the culture in the men’s game is still very different and it is much, much harder. But for me, I want to bridge that gap and help the men as much as the women.

‘It’s a tough process. It is emotionally and physically draining, and I get all aspects for people, but for me, you can’t help who you fall in love with and if you are happy at the end of the day.’ 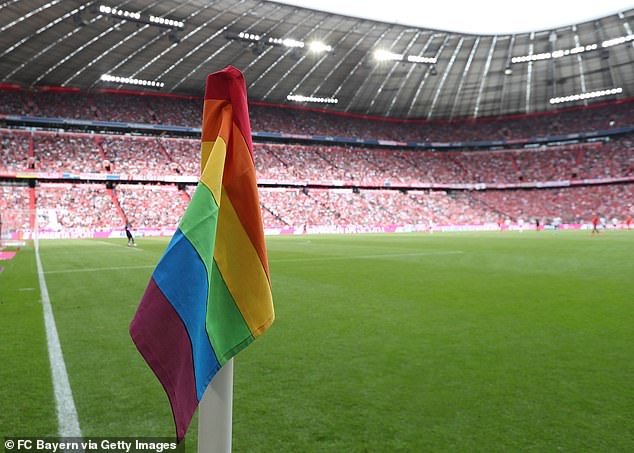 Beth Mead has previously claimed that there is a ‘culture’ in men’s football that makes it ‘much, much harder’ for male players to come out