Bristol City 0-3 West Brom: The Baggies beat the Robins as fluke goal from Callum Robinson and two from Hal Robson-Kanu extends their lead at the top of the Championship

Hal Robson-Kanu delivered a two-goal message to the rest of the Championship as West Brom made light of Romaine Sawyers’ sending off to stay clear at the top of the table.

Robson-Kanu struck in either half, his second goal coming just moments after Sawyers was shown a straight red card in the 76th minute for putting his hands on the throat of Bristol City’s Jamie Paterson.

The Robin substitute was booked and the fracas between both sets of players led to Baggies manager Slaven Biic having to restrain his furious backroom staff as they reacted to taunts from the home dug-out. 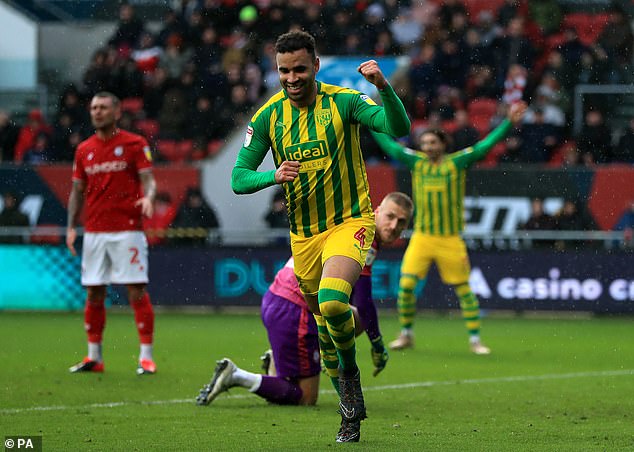 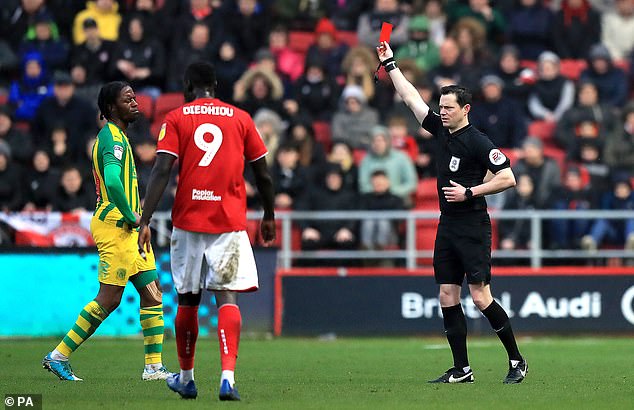 When calm was restored, West Brom saw out the remaining 14 minutes with few problems to stay clear of Leeds United.

Both sides struggled to adapt to the swirling wind, although West Brom’s mastery improved whenever they got the ball to Matheus Pereira.

The Brazillian’s trickery caused most of the home side’s early difficulties and when the Baggies’ winger connected sweetly with a dropping volley it was as well for Bristol City that the ball struck defender Jack Hunt as it flew towards goal.

Hal Robson-Kanu was a regular target for Pereira’s teasing crosses, although the striker was well-marshalled by his old Welsh international team-mate Ashley Williams.

When Robson-Kanu found himself in space inside the Bristol City penalty box, it was a perfectly-timed tackle from Williams that curtailed the danger.

But the Robins were under heavy siege as they were losing the midfield battle and then succumbing to passes floated on the strong breeze, so it was no surprise when Albion went 1-0 ahead just past the half hour mark. 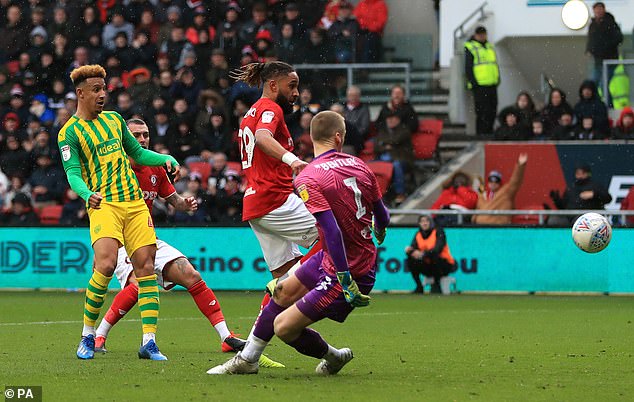 A neat move ended with Robson-Kanu slipping a pass into the path of Callum Robinson, whose shot was saved by the legs of Dan Bentley, only for the keeper to watch despairingly as the ball rebounded into Robinson’s face and rolled into the net.

It was Robinson’s second goal in as many games following his loan move from Sheffield United and if the Robins could count themselves unfortunate, they had only themselves to blame when they fell 2-0 behind just four minutes later.

West Brom skipper Jake Livermore had already shot just wide and brought a save from Bentley when he tried his luck for a third time from distance. 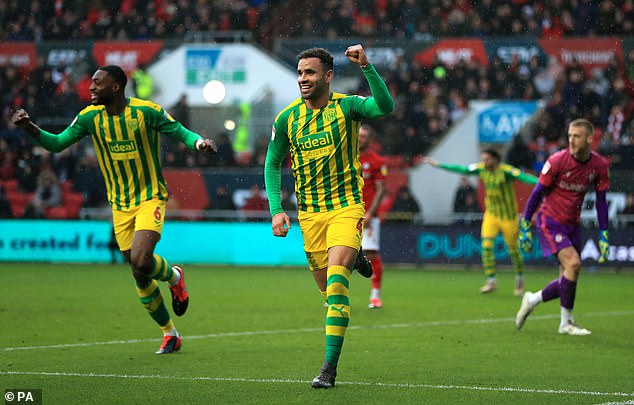 For Robson-Kanu’s first goal, the striker had only to stub the ball home from two yards to score

This time, the flight of the ball seemed to deceive Bentley and he could only palm the effort weakly into the path of Robson-Kanu.

The former Wales striker had only to stub the ball home from two yards and Slaven Bilic’s side were already looking as if they were on their way to a fourth win in five matches.

West Brom’s control continued after the break as Robson-Naku and Filip Krovinovic both sent close and Bristol City hardly managed a meaningful attack in response. 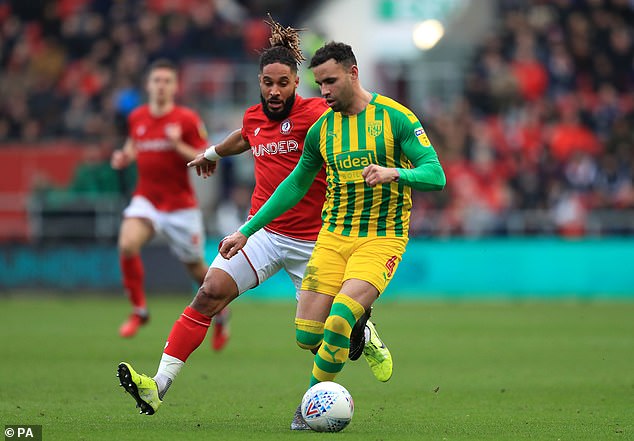 When they finally did manage to get Nahki Wells an opportunity, the striker volleyed wide from two yards.

The game then exploded with the clash between Sawyers and Paterson that left West Brom down to 10 men.

It mattered little to their dominance, however, as within a minute they grabbed a third goal and second for Robson-Kanu.

An awful, under-hit back-pass by Williams gave Robson-Kanu his opening and he thumped a resounding volley past Bentley. 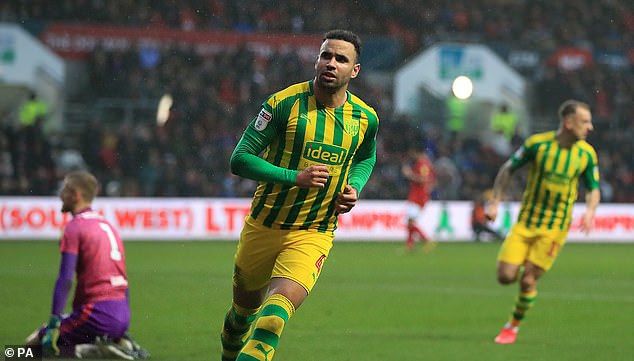