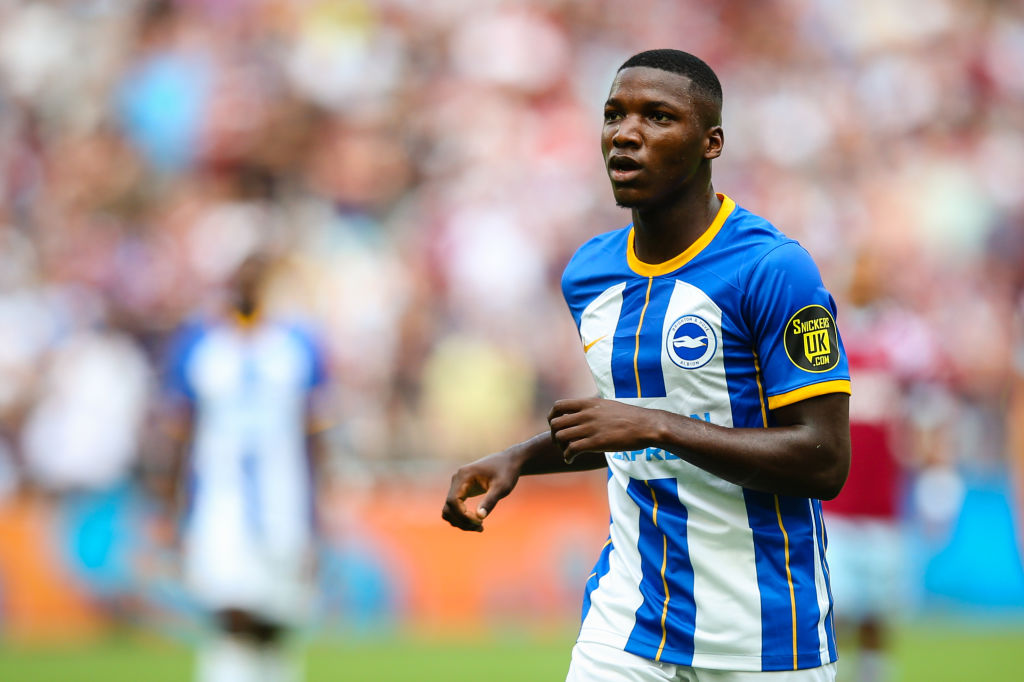 Brighton have responded to Arsenal, Manchester United, Liverpool and Chelsea’s interest in Moises Caicedo by planning contract talks with the Ecuadorian midfielder.

The Seagulls signed Caicedo from Independiente del Valle in January 2021 but loaned the player to Belgian side Beerschot later that year.

Since returning to the south coast earlier in the summer, Caicedo has established himself as a key member of the Brighton squad, starting all six of the club’s Premier League matches so far this season.

Caicedo’s form has attracted interest from a number of big clubs, with Arsenal, Manchester United, Liverpool and Chelsea all said to be monitoring his situation.

Arsenal looked into signing a new midfielder over the summer and saw multiple bids for Brazil international Douglas Luiz rejected by Aston Villa.

Liverpool’s depleted midfield has already become an issue for Jurgen Klopp this season and the Reds will likely try to bring in reinforcements during the January transfer window.

Chelsea, meanwhile, were interested in a move for Caicedo before Graham Potter’s appointment but those links look set to intensify following the former Brighton manager’s move to Stamford Bridge.

While Brighton sold Marc Cucurella to Chelsea and Yves Bissouma to Tottenham, they are reluctant to lose Caicedo and are now planning to sit down with the midfielder to discuss a new deal.

The Daily Mirror say Brighton are ready to reward Caicedo with a new contract that will bring his wages closer in line with their first-team regulars.

Potter was asked about the interest in Caicedo during his final days at Brighton and said: ‘In football you never know, but we are quite calm and confident [of keeping him].

‘You’d probably get his boots for that from the chairman – maybe! £100m? They can try. It doesn’t surprise me that people are looking at him because he is playing at a fantastic level.

‘As soon as you do research on him you realise he is a top kid, great person, young, playing in the Premier League, has all the attributes to play at the very, very highest level.’

Caicedo, meanwhile, insists he is ‘very happy’ at Brighton and not paying attention to the transfer speculation.

‘I’m very happy here at Brighton,’ he said earlier in the month. ‘I’m not thinking about any other club than Brighton.

‘This is the club where I am now and I will give everything for this club and to keep doing well here.’