Amid the transfer saga of a certain English striker that culminated this week, it has become easy to forget the supreme home talent Everton have in another: Dominic Calvert-Lewin.

He scored a telling goal – just as he did last week and the week before – as Everton convincingly did away with Brighton on the south coast with a 2-0 win.

Calvert-Lewin, still only 24, is not fully fit according to manager Rafael Benitez but he has started this season with three goals in three games for an Everton side who look in very good shape. 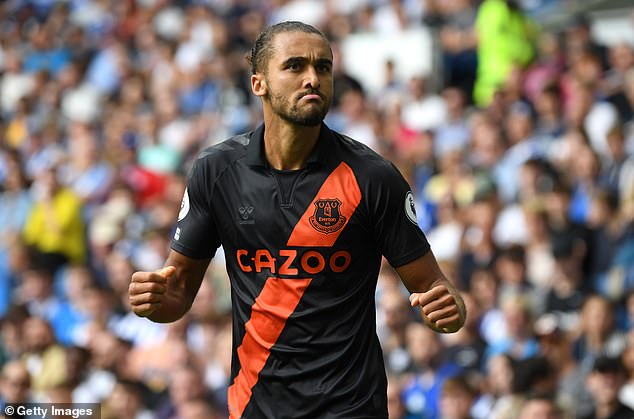 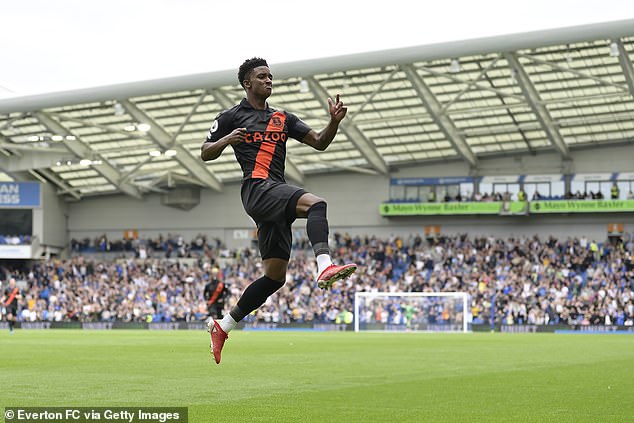 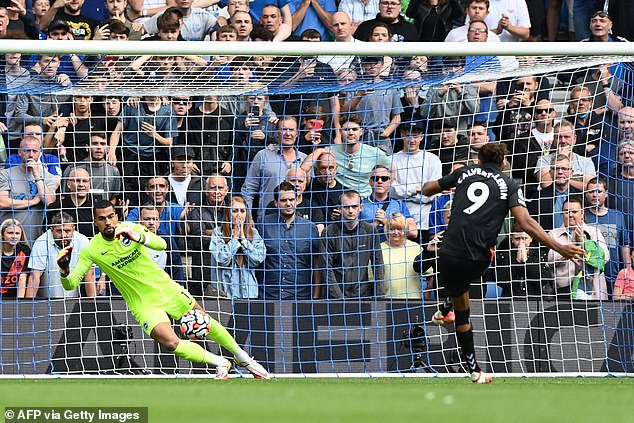 Indeed, he is the first Everton forward to start consecutive seasons with a goal in each of the opening three games since Dixie Dean in the 1930s.

Demarai Gray opened the scoring here before Calvert-Lewin ended the game as a contest from the spot in the second half to cap off a wonderful team display.

The Rafa revolution is gaining pace, this a second win to go with a pleasing draw at Elland Road last week. They look solid at the back, previously inconsistent players are flourishing and goals seem likely every time they attack.

It was a battle of two attacking teams but there was a lack of goalmouth action in the first 30 minutes, though Everton grew into the half and started to gain a grip on the match. 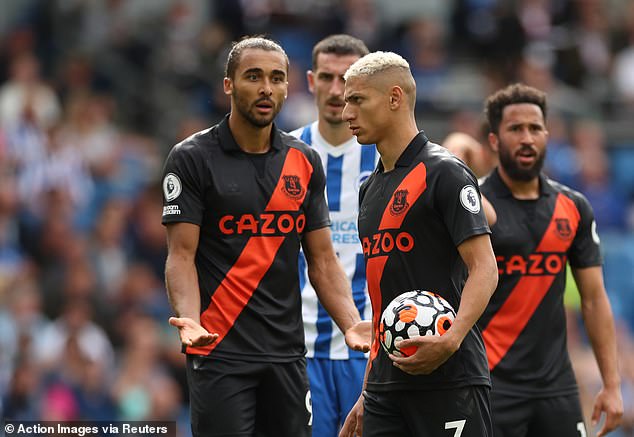 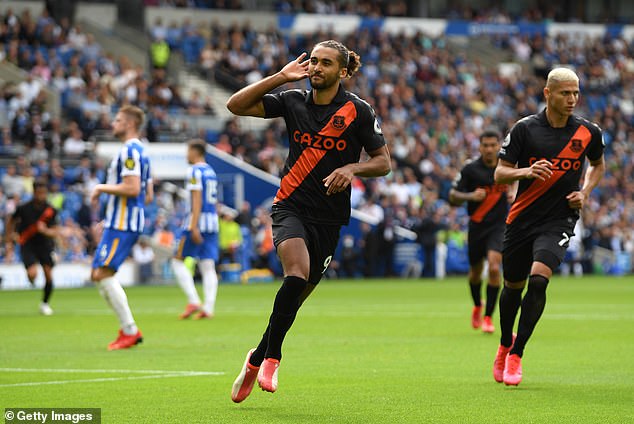 Andros Townsend, greeted by a chorus of boos upon each touch amid his past connections with Brighton’s enemies Crystal Palace, looked lively.

The former England man was operating off the right-hand flank but continuously popped up in central areas with deceptive runs that made him hard to track.

He had a shot on the half-hour mark that forced a scrambling Robert Sanchez into a fine save in the bottom corner.

Seconds later, the goalkeeper carelessly passed straight to Townsend – he squared to Abdoulaye Doucoure who shanked a shot over the bar.

Everton continued to press and got in behind a couple of times, Gray and then Seamus Coleman both pulled back crosses from the byline that were cleared by the defenders.

And while Brighton looked active on the counter-attack, it felt a matter of time before Benitez’s side opened the scoring, which they did on 42 minutes via their man of the moment.

Gray, who excelled last week with a goal and dazzling performance in a 2-2 draw at Leeds, received the ball midway into the Brighton half and drove at Adam Webster before unleashing a hard-and-low shot into the far corner.

At less than £2million as a summer buy from Bayer Leverkusen, he is looking one of the bargains of the season so far – and potentially a cheap starlet for fans’ fantasy teams.

In the very next attack, Allan made a dart into the Brighton box and backheeled to Calvert-Lewin who pulled his shot wide and should have made it 2-0.

Graham Potter made a tactical change at half-time, sacrificing Alexis Mac Allister and switching to a 4-4-2 and Brighton came out with much more attacking intent and urgency.

Substitute Joel Veltman played a give-and-go down the left with Neal Maupay but the striker slipped as he lined up a shot, before Pascal Groß forced Jordan Pickford into action with a venomous free-kick from the edge of the box.

Veltman also fired a shot over and looked extremely lively going forward. Shame he was half-asleep to do his actual job, then, as the Dutchman was caught on his heels as Allan precisely slotted Coleman in behind with a sumptuous pass.

The Irishman took a touch into the area and invited a tackle from Veltman, who bundled him over. Coleman went down a little easily but there were no complaints as Jonathan Moss pointed to the spot.

Richarlison picked the ball up for the penalty but was swiftly persuaded to hand it over to Calvert-Lewin, after a talking to from captain Coleman. 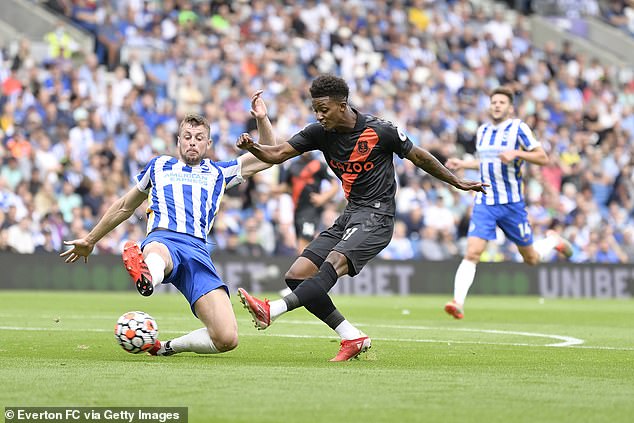 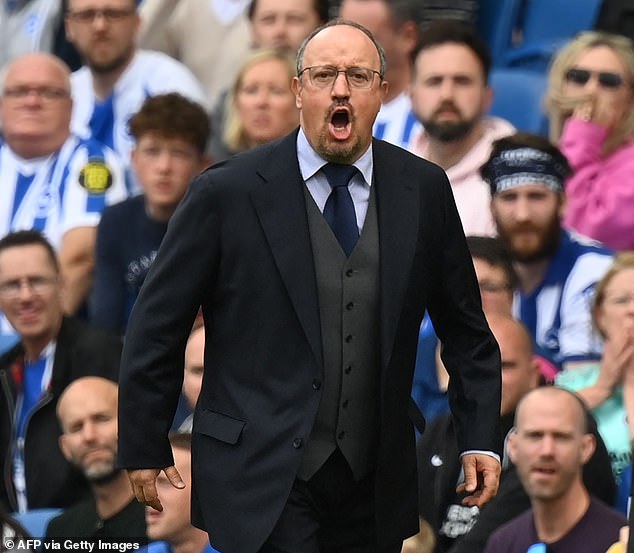 And if penalty-taking duty was a role not certain before, it certainly is now. For the second week running, Calvert-Lewin powerfully placed his spot-kick into the bottom corner to the goalkeeper’s right.

That was the Yorkshireman’s 56th Everton goal but just second from the spot, after last week’s equaliser at Leeds. His confident technique might mean it’s a while before anyone else steps up from 12 yards, though.

A stat more telling is that since the start of last season, only Mo Salah, Harry Kane (both 23) and Bruno Fernandes (21) have more Premier League goals than Calvert-Lewin’s 19. 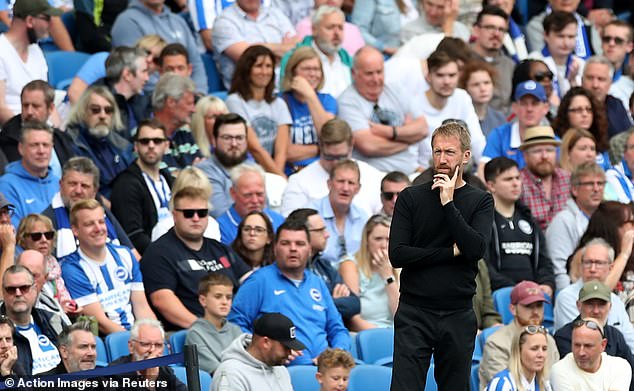 Brighton did not really turn up in truth and Everton’s display brought a sense of reality for Potter’s side, who started the season with back-to-back wins.

Richarlison, Doucoure and Andre Gomes all missed chances for a third goal but Everton had this game well under control, with the away end greeting every pass – a lot of them – with an ‘ole’.

It’s early days but Benitez heads into the international break with the Everton fans slowly warming to their new boss, who has begun his return to Merseyside with a pleasing seven points.