Neil Warnock was heard angrily shouting at a referee during Middlesbrough Under-23’s crushing 4-2 defeat to Leeds Under-23s on Sunday.

The Boro manager was casting an eye over the youth game but would not have been impressed as the Under-23s went in 4-0 down to the South Yorkshire side at half-time.

Rather than watching the game quietly, the 72-year-old barked expletives at the official on several occasions over Leeds receiving several free-kicks for soft fouls. 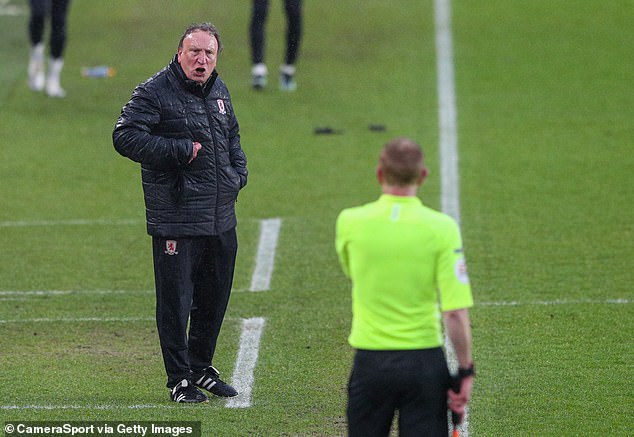 After a free-kick was awarded to Leeds in their own half, Warnock was heard saying: ‘Consistent ref, eh? You’ll give them all day man!

Later on in the game, while a Middlesbrough player was receiving treatment after a challenge, the Boro boss added: ‘He said he saw it here and didn’t think it was malicious? 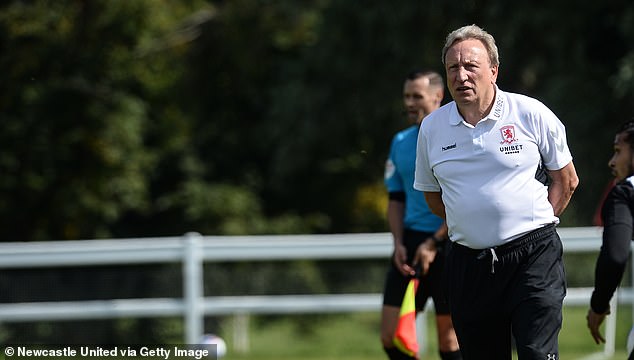 Middlesbrough named first-team regulars Ashley Fletcher and Grant Hall in their under-23 side on Sunday as the duo continue their recovery from injury but the home side were outclassed by a rampant Leeds.

Joe Geldhart scored twice in the first-half for the Whites, with Nohan Kenneh and Max Dean adding goals before the interval.

Middlesbrough tried to atone for their appalling first-half and pulled two goals back through Callum Sykes. 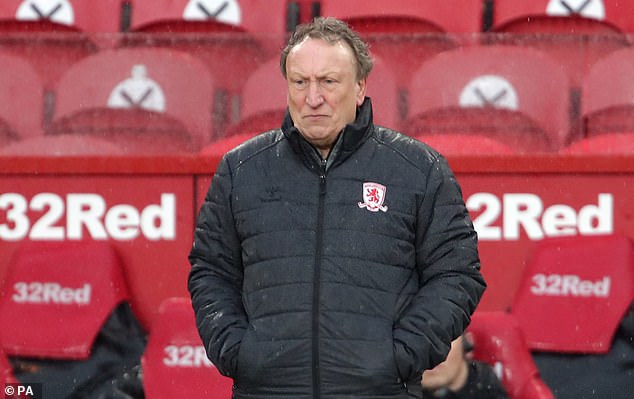 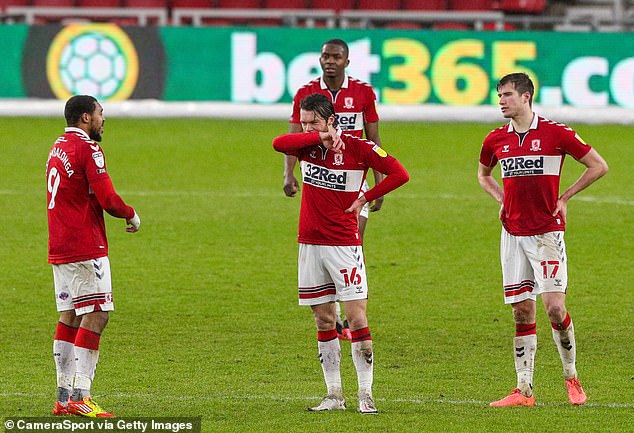 First-team manager Warnock was already in a bad mood after the senior team were well beaten by promotion rivals Brentford at the Riverside Stadium earlier in the weekend.

Boro lead early on through David Raya’s own goal but a brace from Ivan Toney and strikes from Vitaly Janelt and Mathias Jensen turned the game on its head by full-time.