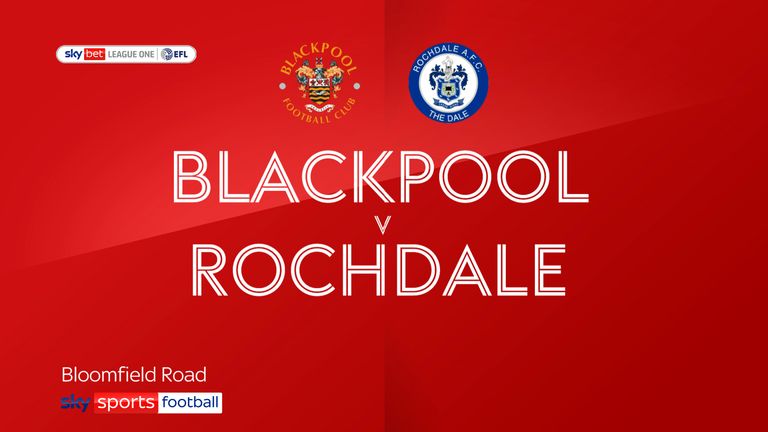 The Seasiders were good value for their third victory in four games, while Rochdale’s fourth loss in five leaves them hovering just above the drop zone.

The hosts went close early on when Kenny Dougall’s fierce shot was superbly saved by Gavin Bazunu. Rochdale’s Stephen Humphrys then curled an effort narrowly over the top.

The Seasiders struck in the 21st minute when Kaikai fired home from 10 yards following Matty Virtue’s header back across goal.

Rochdale almost levelled when Humphrys’ 20-yard free-kick was tipped over the top by Chris Maxwell.

Sixty seconds after the restart Kaikai curled a free-kick against the outside of a post as Blackpool went in search of a second. The former Crystal Palace youngster then saw a shot blocked.

Virtue teed up Kevin Stewart with nine minutes left but he sidefooted over wastefully.

Rochdale created little in the second period as Blackpool hung on comfortably for victory.