Valon Berisha may have only joined Melbourne City in the off-season, but the A-League club’s new signing is well onboard with the club’s revenge mission this campaign and accidentally dropped the F-Bomb on live television.

Berisha, a loan signing from French side Reims, was handed his first start for his new club on Friday night, with City taking on reigning champions Western United in a grand final rematch.

Despite winning the minor premiership last season, City fell short in the final as John Aloisi’s underdogs clinched a stunning win and the title, with the Sky Blue side reeling from the bitter defeat over the past four months. 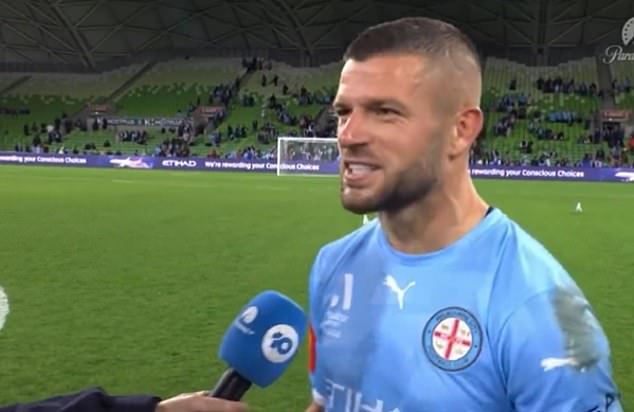 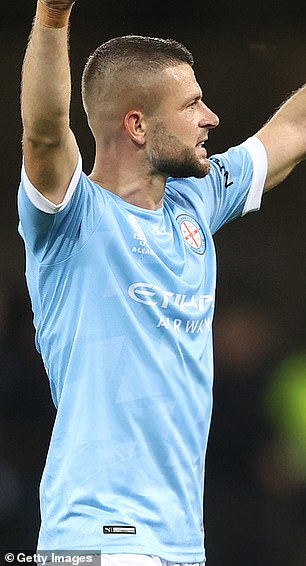 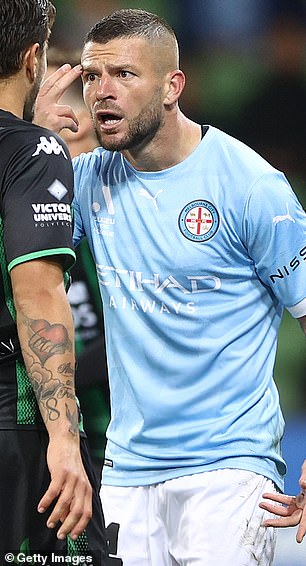 As a result, Friday’s contest at AAMI Park was a feisty affair, with players often squaring up after niggling fouls throughout the game.

It was City, though, who were the beneficiaries of woeful defending from United, as an own goal and Jamie Maclaren strike secured a 2-1 win.

And a fired-up Berisha was unable to contain his emotions in his post-match interview on Channel 10, inadvertently dropping the F-bomb when explaining how much his first game meant to him. 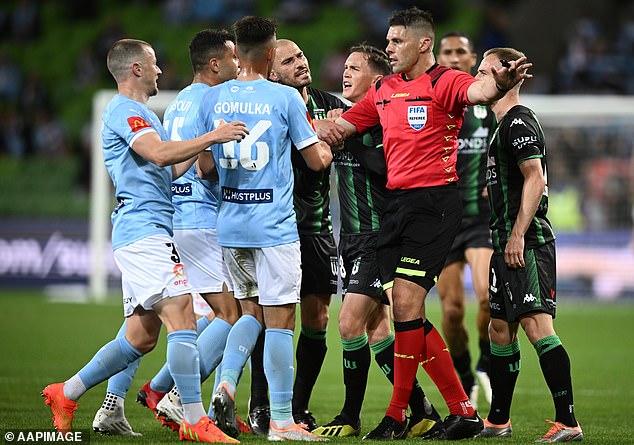 ‘I want that revenge for the team because I know they were talking about it all the time and I said “f***ing hell this is a big game for us and I want to win it,”‘ he said.

’Every game is a big game but of course, for them, when you think about the season and losing the grand final, I just wanted to help the team and win today and I think we did a really good game and we should just keep on pushing now.’

City’s attacking press was exceptional throughout the game, with Berisha and Socceroos winger Mat Leckie looked a class above at AAMI Park.

United recruit James Troisi forced a good, low save from Tom Glover in the opening minute. 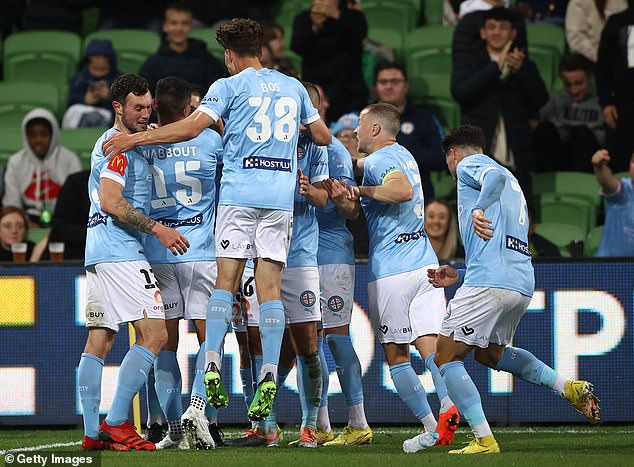 In the 13th minute, Maclaren tapped home at the back post but after a VAR referral, referee Shaun Evans controversially struck out the goal, ruling Berisha had gone into Ben Garuccio’s back in the lead-up.

Andrew Nabbout headed a Leckie cross on target and Imai’s header off the line went straight up in the air. 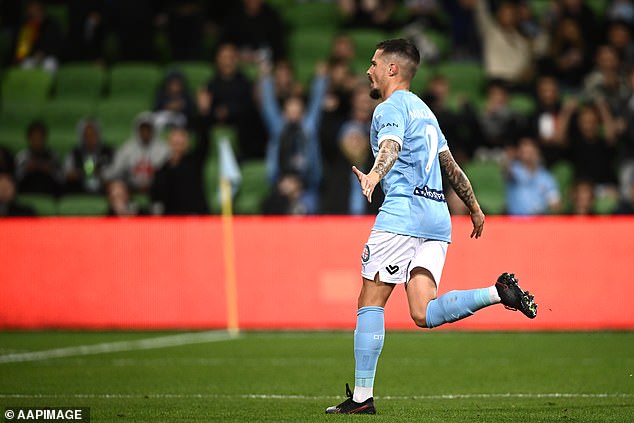 Then, in another attempt to clear the ball, Lacroix headed the ball into Imai and over the line.

Maclaren doubled City’s lead 14 minutes into the second half when he caught Lacroix dawdling on a pass, nipped the ball away and coolly scored.

Imai was substituted off with an upper body injury at halftime while new City signing, defender Thomas Lam, was forced off in the 65th.

Milanovic provided an injury-time highlight when he chested the ball down and rifled it into the bottom corner.