Rondon, 32, was signed on a free transfer on deadline day from Chinese club Dalian Pro as back-up for Dominic Calvert-Lewin and Richarlison. But, with both first-choice strikers injured, Benitez has had to use Rondon as his target man and he has had little impact — with no goals in seven appearances, six of them starts.

Everton fans have been critical of his performances and vented their fury when Benitez took off youngster Anthony Gordon, rather than Rondon, against Watford —and former Everton defender Michael Ball described his display in the shock 5-2 home defeat by the Hornets as ‘offering nothing’. 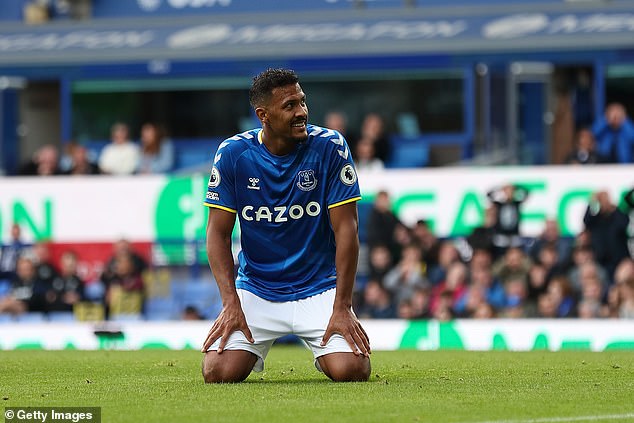 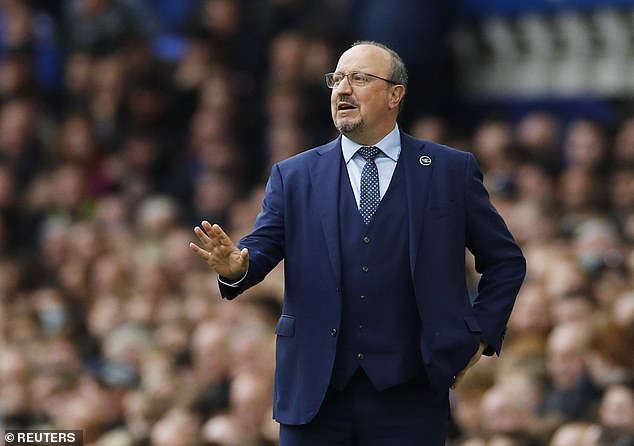 ‘He is a striker and we would like to see him scoring goals,’ said Benitez ahead of Monday night’s trip to Wolves.

‘But at the same time he is doing a job that maybe Demarai Gray, Andros Townsend, Anthony Gordon or Alex Iwobi, the players around him, can take advantage of. I can tell you Salomon is in the top five runners in every game so his work-rate is there, his commitment is there and that is the first thing.

‘If Salomon is working hard, I am happy with that. He did a great job against Burnley, Manchester United and Norwich and the team won two and drew one of those games so that means he was doing an important job for the team.

‘It’s not about individuals, it’s about the team. Every player has his own characteristics and then it has to work for the team. 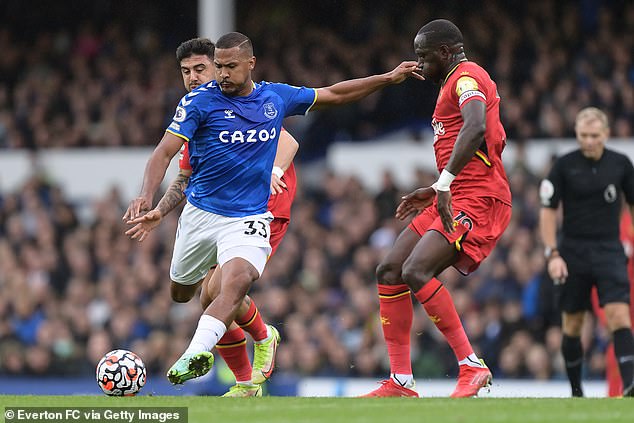 ‘We have to be sure the players who are available give everything and Salomon is giving everything.’

Calvert-Lewin is still out along with Abdoulaye Doucoure and Yerry Mina. But Richarlison is set to make his first start for six weeks after scoring as a substitute against Watford.

Wolves boss Bruno Lage insists previous results are irrelevant as he prepares to face an Everton team wounded by that humbling home defeat to Watford. In contrast,

Wolves are in fine form after picking up 10 points from the last 12 available. But, having seen his own side endure a tough start to the campaign, Lage knows fortunes can swiftly change and is not reading too much into Everton’s struggles. 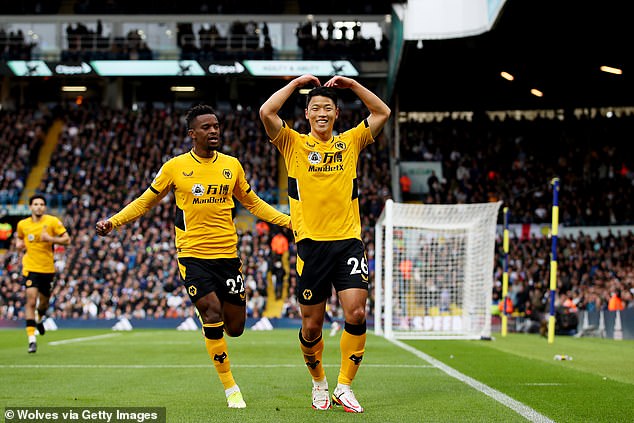 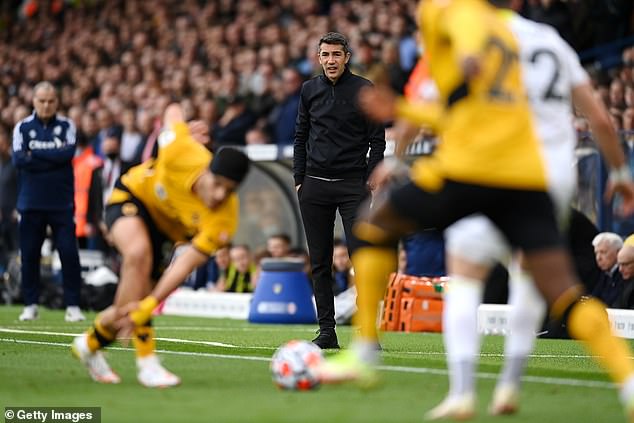 ‘When I analyse the opponent, I really don’t care about the result,’ said the Portuguese.

‘They have an experienced manager and when you move through the team they are very solid.

‘I don’t care what happened in the last games because that thing happened with us, we didn’t score any goals in the first three games and after that we started scoring.