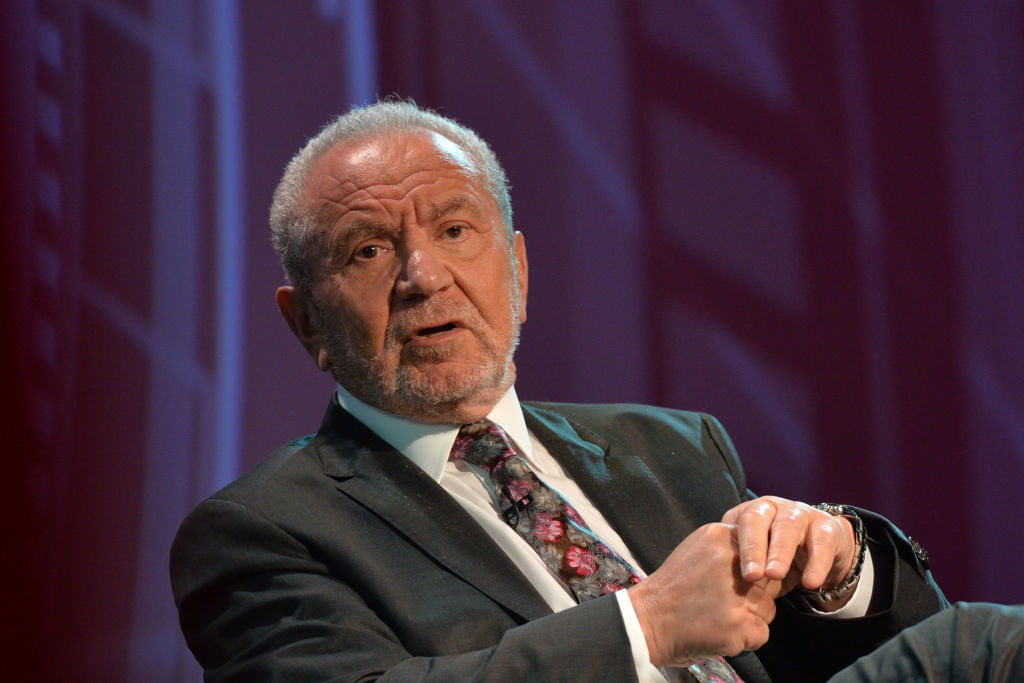 Sugar took issue with coverage of the European Championships on Saturday, unhappy with what he perceived to be a lack of male commentators across the action.

‘I am watching the women football and notice that ALL the commentators are women,’ Sugar wrote on Saturday.

Strangely, Sugar’s tweet appeared online while Jonathan Pearce was across commentary duty during the 1-1 draw between Netherlands and Sweden on Saturday night.

As England set about thrashing Norway in their second game of the tournament on Monday, Arsenal legend Ian Wright and current Gunners Women boss Jonas Eidevall were both on punditry duty.

And Cowen, who was calling the action from the Brighton Community Stadium, was quick to remind Sugar that one of their ‘symbolic men’ was on hand.

‘A lovely shot of one of our studio guests, Jonas Eidevall. One of our symbolic men. Good evening Lord Sugar,’ Cowen said towards the end of the first-half.

Sugar has already faced a huge backlash for his comments with Gabby Logan swiftly putting him in his place after Saturday’s tweet.

‘We have plenty of men working on this tournament Lord Sugar, don’t fret you’re not being eradicated,’ Logan said in a reply to his tweet.

The Lionesses confirmed their place in the quarter-finals of the competition with a record-breaking 8-0 win over Norway.