Manchester United may have been handed a boost in their pursuit of Erling Haaland as a result of Bayern Munich’s stance on the prolific forward. Bayern have effectively ruled themselves out of the race to sign the 20-year-old, handing the initiative to other top European clubs to make their move.

Club chairman Karl-Heinz Rummenigge previously rubbished talk of a deal for Haaland, telling German publication Bild: “I don’t know where the rumours have come from. I can only say one thing: we have the world’s best footballer in this position. Robert Lewandowski has a contract until 2023.”

It was recently confirmed that Rummenigge would be stepping down from his role at the club on June 30, instead of at the end of 2021, to be replaced by former Bayern keeper Oliver Khan.

Some sensed a change in direction as a result of this, but comments regarding Haaland made by the Bayern chief were echoed by the incoming Khan, who told Bild that a move for the Norwegian striker would be ‘unthinkable’.

“Sorry, anyone who talks about it does not understand the situation,” he explained. 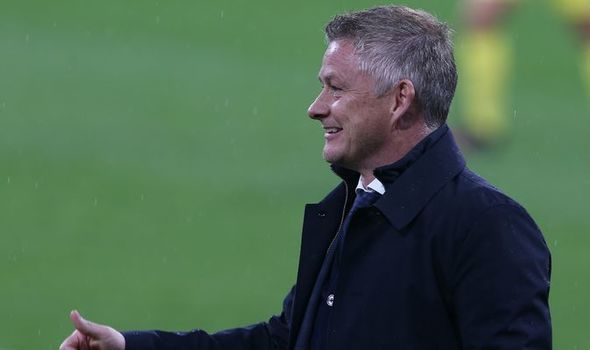 “A package that costs more than 100 million euros is currently unthinkable for FC Bayern.

“Robert Lewandowski still has a two-year contract here and his performance is beyond question. That’s why we don’t have to worry about Haaland today.”

Haaland has been nothing short of a sensation since arriving in Germany, scoring 57 goals in 59 appearances for Dortmund.

His performances have understandably resulted in endless transfer speculation surrounding a summer move for the youngster, who is expected to cost in excess of £100million.

Barcelona and Real Madrid are two teams Haaland’s agent, Mino Raiola, has already held talks with as supporters await a decision on his long-term future.

Manchester United have also been listed as a possible destination and could well hold an advantage over other clubs battling it out for a lucrative transfer deal.

The former RB Salzburg striker spoke in October 2019 about the influence of Solskjaer on his career while referring to his ambition of playing in England one day.

“He has had a huge impact on my life, both as a person and as a trainer,” he said.

“He won the Champions League and was an incredibly good player. He has taught me a lot.

“I have dreamed of playing for the best clubs in the world my whole life, and I especially like English football.”