Bayern Munich boss Julian Nagelsmann has broken his silence on the rumours that have linked Cristiano Ronaldo with a move to the club. The five-time Ballon d’Or winner has demanded an exit from Manchester United this transfer window.

Bayern boss Nagelsmann has reiterated his earlier insistence that he does not need Ronaldo at the club this summer.

That is despite growing reports that the German giants are looking at the United frontman as a potential option over the coming months. With Robert Lewandowski having joined Barcelona, that will give Bayern a massive problem in terms of goalscoring.

The Poland international scored 35 Bundesliga goals last season – and 41 in 29 games the season before that. To find such output in terms of goals is rare and near impossible to replace. 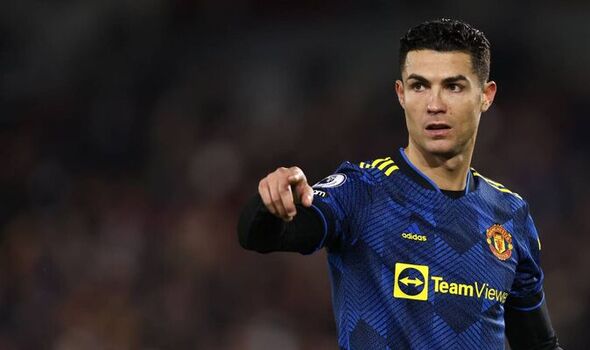 But Bayern might already have the answer in the form of Ronaldo – arguably the greatest goalscorer of all time – who is desperate to leave United and play in the Champions League. While there might not appear to be much left in the tank for the 37-year-old, do not write him off as he insists he has probably four years left at the top.

It would make sense to see Ronaldo rock up in Bavaria, especially considering their Lewandowski-shaped void that has now opened up at the top of the pitch for Nagelsmann.

However, having already insisted that he will not pursue a move for the Portugal international, he has done so again when asked by Bild journalist Christian Falk, who asked if the rumours were true. He told him: “I read that too, but that’s not true.”

That would be another blow to Ronaldo in his quest to leave Old Trafford this summer in search of Champions League football. Chelsea have also pulled out of the race, leaving no realistic option in the Premier League.

Bayern had been tipped as the other competitions but Nagelsmann’s reluctance to sign the five-time Ballon d’Or winner cuts the list further. There is also interest from Italy from Napoli and AS Roma but whether they could even dream of affording Ronaldo’s wages remains to be seen.

Atletico Madrid have been the latest club linked with the United star but his Real Madrid past might cloud such a decision. Diego Simeone has always loved an extraordinary striker and has coached some of the best, though, while their efforts in the Champions League are always admirable.