Bayern Munich 2-1 Mainz: Jamal Musiala and Kingsley Coman help German champions come from behind to seal fifth straight win… and they go SIX points clear at the top of the Bundesliga table

Goals from Kingsley Coman and Jamal Musiala secured a second-half comeback to go six points clear at the top.

The Bavarians are now on 37 points with second-placed Borussia Dortmund on 31 following their 1-1 draw at Bochum. 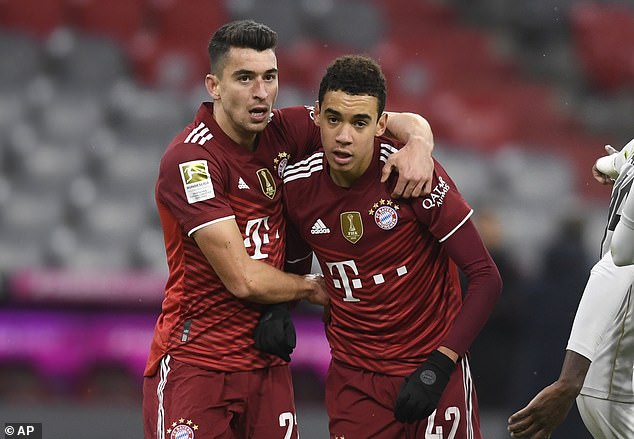 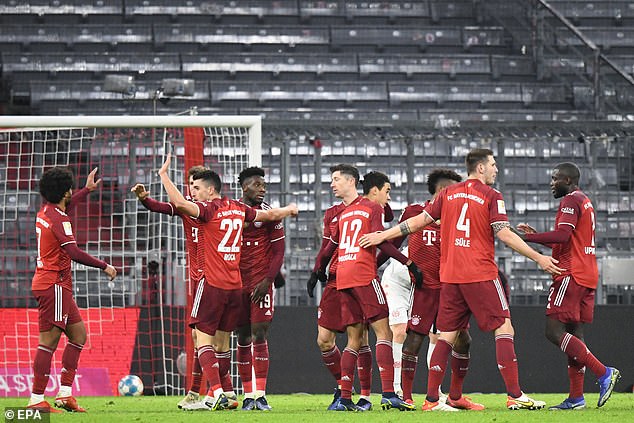 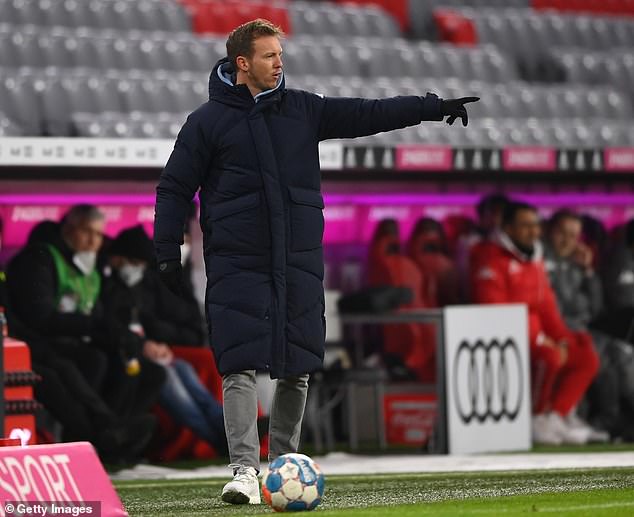 Bayern dominated from the start but it was Mainz who scored against the run of play with Karim Onisiwo heading in after 22 minutes.

The Bavarians, who beat title rivals Borussia Dortmund 3-2 last week, kept pressing high and gained possession but they could not make their advantage count against Mainz, who under Danish coach Bo Svensson are having their best season in 11 years.

France international Coman had a big chance to level in the 49th minute when he found himself unmarked in front of goal but he headed the ball straight to keeper Robin Zentner. 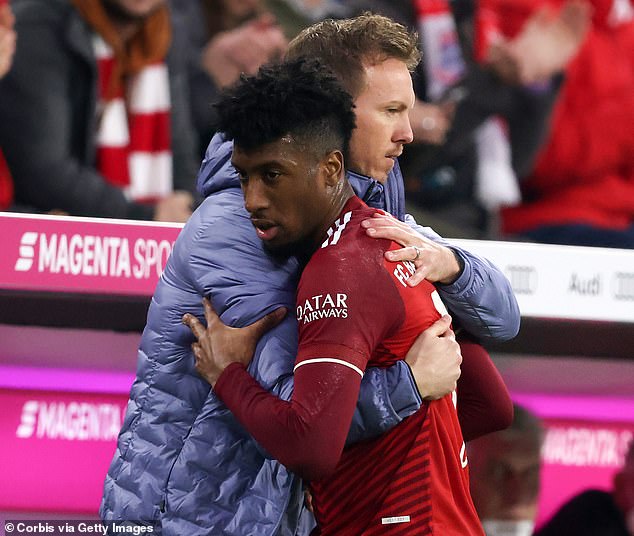 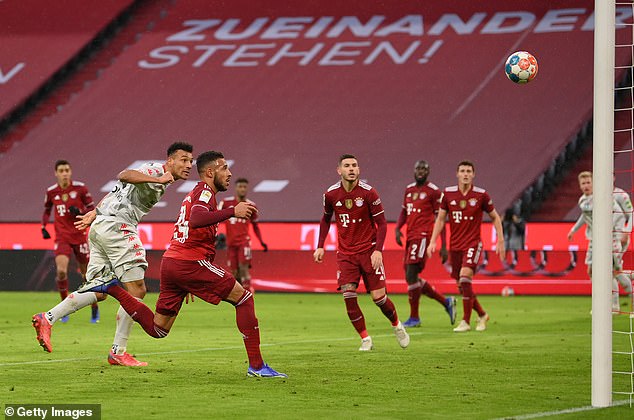 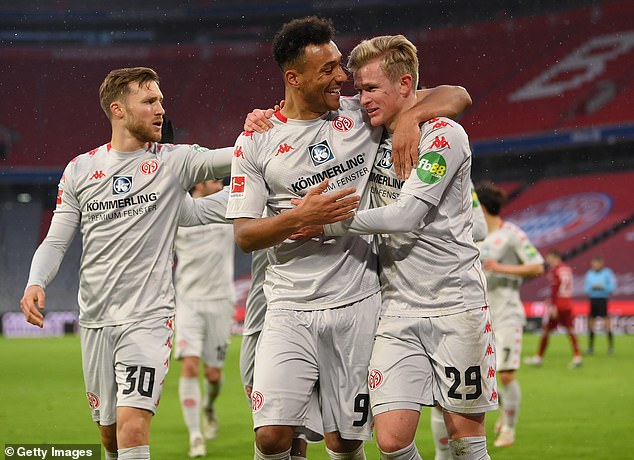 He did much better in the 53rd, controlling a deep Corentin Tolisso cross with a brilliant first touch and slotting in through the legs of Zentner to level.

The Bavarians bagged the win with Musiala’s clever shot 16 minutes from time.

It proved to be another frustrating afternoon for Robert Lewandowski though who has gone three games without scoring on home soil for the first time in three years. 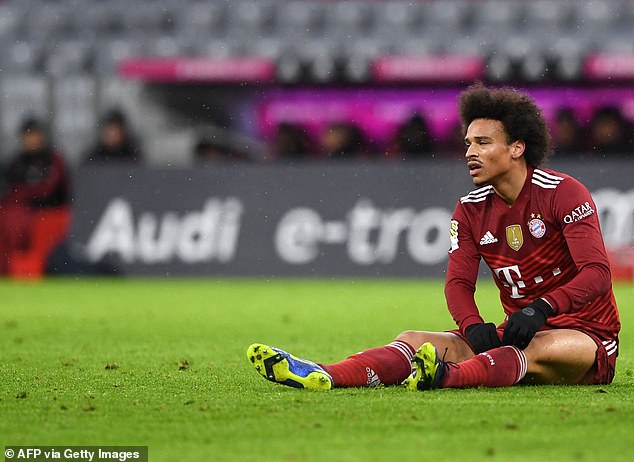 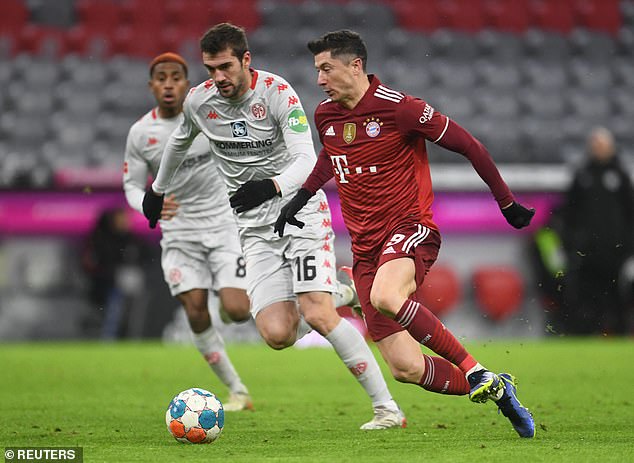