Julian Nagelsmann’s Covid-wracked Bayern Munich are beaten AGAIN by Borussia Monchengladbach as Robert Lewandowski’s goal proves in vain for the Bundesliga leaders – who had asked the league to call the game off!

Missing nine players through Covid-19 infections and more to Africa Cup of Nations duties and injuries, league leaders Bayern still easily bossed Gladbach around in the early stages and took the lead through top scorer Robert Lewandowski in the 18th minute.

But the visitors sensationally struck twice with their first two chances of the game, with a Florian Neuhaus volley in the 27th minute and Stefan Lainer’s glancing header shortly after turning the game around. 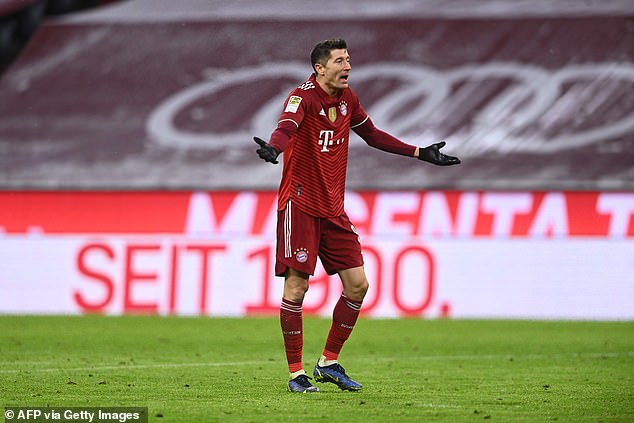 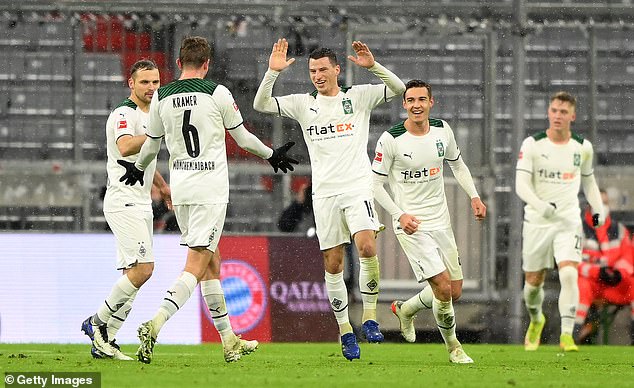 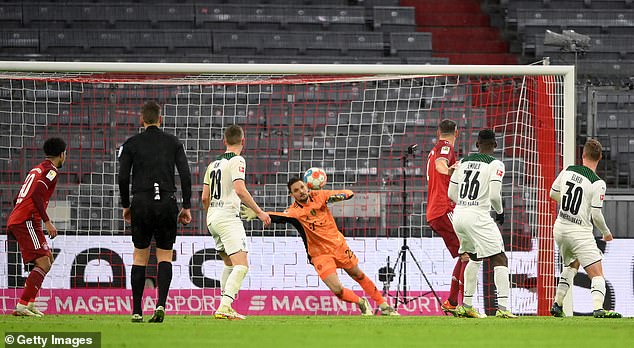 Bayern goalkeeper Sven Ulreich could do nothing to keep out Lainer’s goal, which made it 2-1

Top scorer Lewandowski twice hit the woodwork as Bayern desperately pushed for an equaliser and missed a bagful of chances.

It was a night to forget for many of a Bayern persuasion but, even with the match behind closed doors, it will be one that Paul Wanner will remember forever.

Born in December 2005, Wanner was brought on by Nagelsmann to become the youngest player in history to make his competitive debut for Bayern.

Midfielder Wanner came on in place of Marc Roca with 15 minutes to go.

Bayern are on 43 points with Borussia Dortmund, who travel to Eintracht Frankfurt on Saturday, in second place on 34.

Speaking after the game when asked if it was fair for the match to go ahead, Thomas Muller said: ‘Others have to judge whether it’s fair now.’

Boss Nagelsmann felt his side started in dominant fashion, as they often do, but switched off and got punished.

‘We played very well in the first 25 minutes. We were very dominant, Gladbach didn’t really have any action during this period,’ Nagelsmann told DAZN.

‘The way we let it go to 1-1 is complete madness. I don’t know why we defend it like that.

‘That was an incredibly weak cross, then we go with the heel and can’t get the ball away. 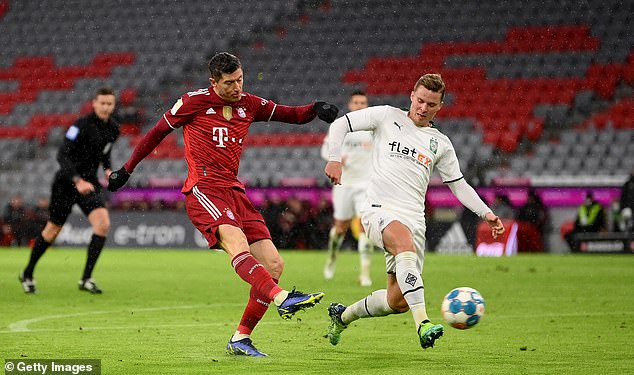 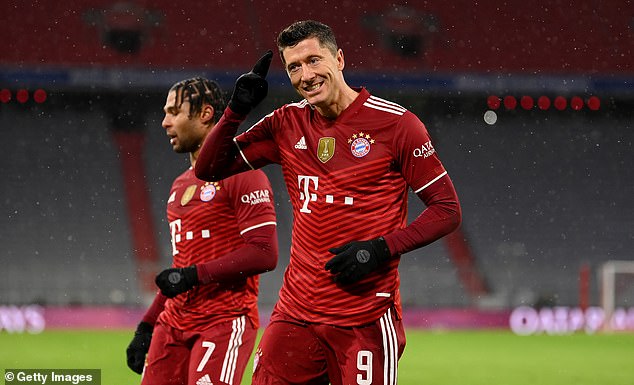 ‘The one in front of the corner that leads to going down 2-1 was a clear foul by (Stefan) Lainer. But it’s now pointless to talk about it.

‘In the second half we created a lot of chances. We were the better team today and we have to or can win the game.’

While Nagelsmann was seething at the ‘nonsense’ defending that allowed Monchengladbach back into the game, the scorer of that equalising goal was left delighted.

“It was important that we as a team showed a reaction to the last games today,’ Neuhaus said.

‘We implemented our plan very well. Bayern had a lot of players out in advance, of course, but we didn’t want to be influenced by that. 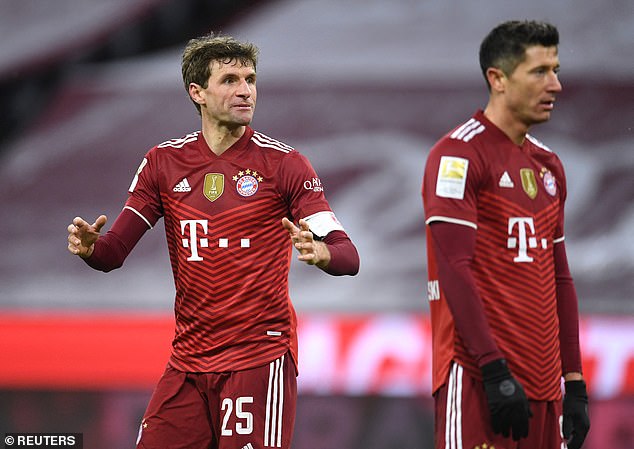 ‘We wanted to go through with our game. We succeeded and I think we didn’t win undeservedly here.’

‘He plays well in behind, but sometimes he has a six other things to do. He has his qualities up front with his goal and his passing. He proved that today.’