Barnsley table £500,000 bid for New Zealand midfielder Joe Bell after he impressed in the Kiwis side that reached the Olympics quarter-final

Barnsley have made a £500,000 bid for New Zealand international Joe Bell.

The 22-year-old was an intrinsic part of the Kiwis’ squad that made the quarter-finals at this summer’s Olympics before losing on penalties to hosts Japan.

Barnsley scouts have followed him closely over the past two years at his club Viking Stavanger in Norway and believe he can help guide them into the Premier League. 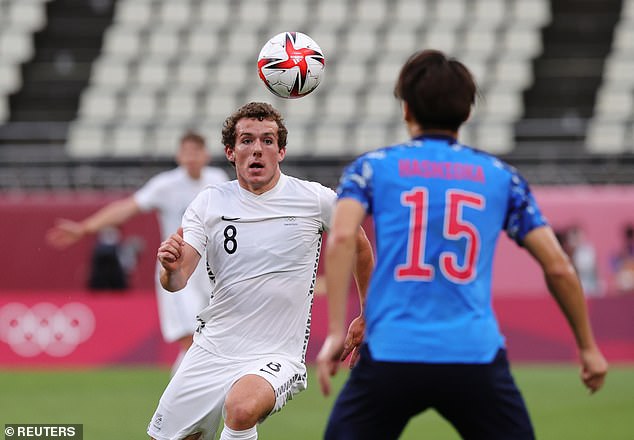 Barnsley have made a £500,000 bid for New Zealand international midfielder Joe Bell

Barnsley missed out narrowly on promotion last season but hope coach Markus Schopp can take them that stage further.

Bell is a holding midfielder who can provide protection for Schopp’s defence and Inject energy into their attacks.

He was born in Bristol and has a British passport but spent time in USA studying at the University of Virginia.

Indeed Viking allowed him to finish his degree before offering him a three year contract. They had been impressed by his performances at the FIFA U20 World Cup.

Barnsley are looking to make a couple of additions before the window closes but Bell’s arrival would be seen as a coup for the ambitious Championship side. 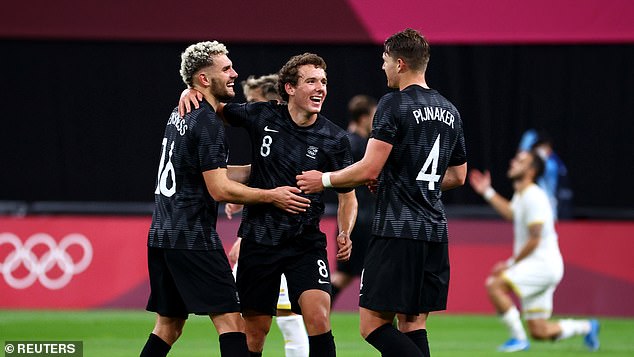