Barcelona defender Ronald Araujo signs new contract at the Nou Camp keeping him at the club until 2026 – and Uruguayan international has a whopping €1billion release clause!

Barcelona defender Ronald Araujo has signed a new four-year deal at the club with a release clause set at a mammoth €1billion.

The 23-year-old has been a regular in the starting XI over the past two seasons at centre back, having progressed from the Barca B side in the summer of 2020.

Now the Catalans have announced that the defender has renewed his contract until June 30, 2026 with a buyout clause set at €1bn – the public signing of the deal will take place on Friday at the Nou Camp. 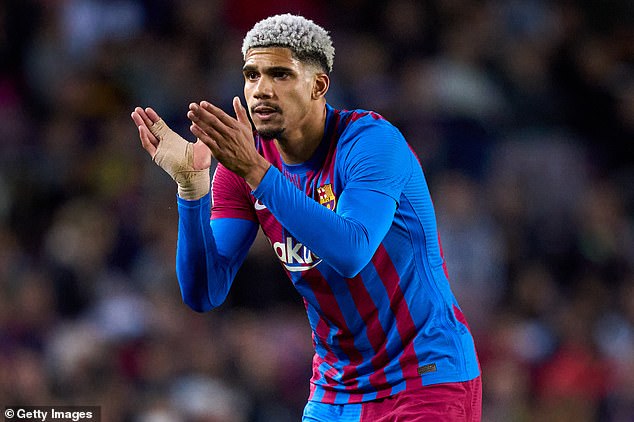 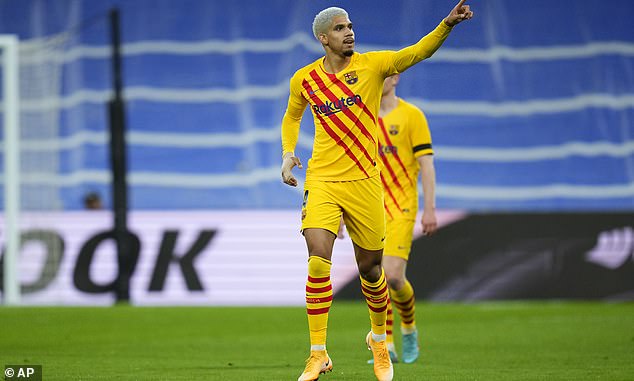 Araujo, who has a release clause of £1bn, scored in El Clasico against Real Madrid last month

Araujo moved to Spain in 2018 from Uruguayan top-flight club Boston River, signing a five-year deal with the B team.

He won his first trophy in the first-team last season as part of the Copa del Rey winning side, while he has now registered 78 appearances for the first-team. 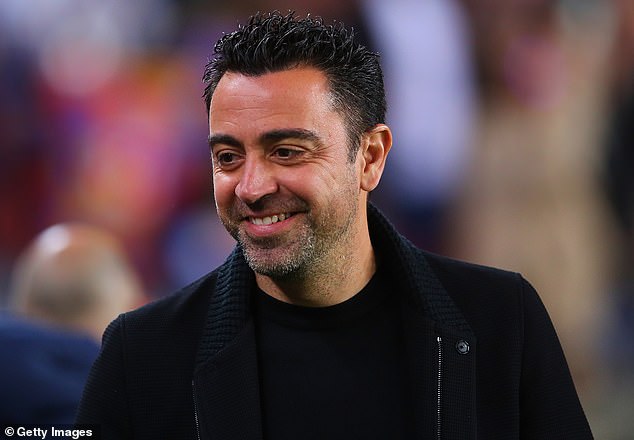 Last month, Xavi praised the defender’s development since joining the club in 2018

He made his international debut in 2020 and has registered nine caps for his country – the centre back was included in the squad last year’s Copa America.

Last month, Xavi praised the defender’s development, saying: ‘Maybe his football is improving more from our arrival overall with the ball – before he had no intention.

‘We require passes, we demand game changers. Without the ball, he is one of the best in the world, with the ball he had to improve and it’s fundamental for him and for the team.’