Barcelona 3-0 Eibar, LIVE: Latest score and updates as La Liga title chasers look to edge ahead of Real Madrid with victory over strugglers

Barcelona take on Eibar at Nou Camp this Saturday afternoon as they look to leapfrog Real Madrid at the top of La Liga.

Lionel Messi and Co can edge back into pole position with a victory against the strugglers, and Barcelona will be heavy favourites to collect all three points after an improvement in form under new manager Quique Setien.

Barcelona have won all five of their home fixtures against Eibar and scored at least three in each, although the visitors will be aiming to replicate another shock result after downing Atletico Madrid last month.

52min: Dmitrov is forced into action once again, with the Eibar stopper denying Rakitic at the far post after Griezmann’s searching cross.

51min: Semedo drags an effort wide of the far post, but Griezmann is furious. The Frenchman was stood right behind the full back, arguably in a better position to shoot, but Semedo was flagged offside.

49min: Messi floats a wonderful pass out wide to Vidal, but the Chilean’s attempted delivery is poor and clatters into a defender.

At the other end, just minutes before, Escalante’s attempted drive deflected off Pique and looped over the crossbar. Ter Stegen then collected the resultant corner.

47min: No changes for the hosts at the break, but de Jong and Braithwaite are warming up.

Wow. With Barcelona struggling to break down their relegation-threatened opponents, Lionel Messi spectacularly burst into life.

The diminutive superstar’s first-half hat-trick has handed the hosts control, with Barcelona surely heading back to the top of the league for the time being.

His first goal was magical, the second was ruthless and the third was simple.

Join us after the break!

45min: No penalty! Griezmann is clattered into by the Eibar stopper, but the French international was discovered to have been narrowly offside from Messi’s incisive pass.

43min: Barcelona really should be leading by four goals now. Griezmann’s strike was pushed wide by Dmitrovic, before Busquets’ rebound was also saved.

40min: And that’s the hat-trick for Messi! The Barcelona talisman has decided to hail the hosts back to the division’s summit single-handedly and it’s making for superb viewing.

The third goal was a simple tap-in, with Messi reacting to a loose ball inside the box to sweep home at the near post.

37min: Messi doubles Barcelona’s lead with another brilliant finish! The Argentine was teed up inside the box, raced forward and drilled low across Dmitrovic.

Busquets passed to Vidal, who in turn rolled the ball to Messi and the six-time Balon d’Or winner pounced to double his tally. 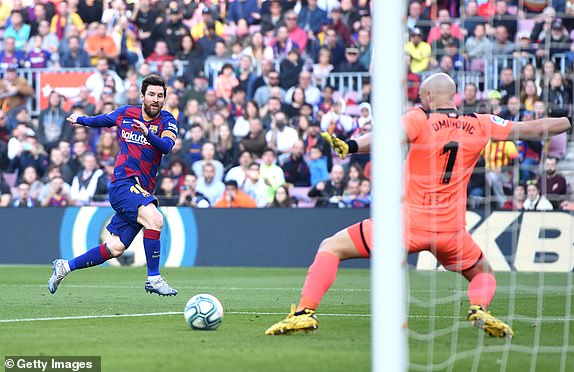 36min: Firpo fells Orellana at the expense of a free kick, which enrages Eibar coach Jose Luis Mendilibar on the sideline.

34min: Arthur twists and turns from distance, but Eibar’s defence remain standing firm since Messi broke the deadlock. At the other end, Orellana was penalised for a handball on the edge of the the Barcelona box, just as the Eibar attacker looked set to shoot.

30min: Eibar are attempting to flood forward and catch the hosts on the counter, but Escalante’s effort from just outside the penalty area hurtles over the crossbar. Tejero had spearheaded the attack, and delivered a deep cross towards his team-mate.

28min: Messi is presented with another opening after a rebound fell kindly to him on the edge of the six-yard box, but the attacker could only lash over the crossbar from a difficult angle.

25min: The visitors are beginning to concede a couple of fouls in the centre of midfield, with Messi the latest Barcelona star to be targeted.

23min: Eibar forced a corner at the other end of the field, but Barcelona were able to clear their lines with ease through Pique.

A searching long ball forward was aimed towards Enrich, but ter Stegen collected.

21min: Vidal has lashed into the side netting after his original effort was parried out by Dmitrovic, and Griezmann forced a defender into a superb last-ditch block at the other end of the penalty area just moments before.

18min: Eibar can’t be too disappointed with their performance so far, but they have been undone by yet more magic from Messi.

He was surrounded by three defenders, but somehow squirmed his way through to creating a shooting opportunity and picked his spot with aplomb.

14min: Messi neatly tucks Barcelona into the lead! And that’s what the superstar can do… the hosts haven’t really been at the races so far, but Messi received the ball from Rakitic with his back to goal and did the rest.

He nutmegged a defender, drifted away from Diop and planted a cool finish into the bottom right corner. 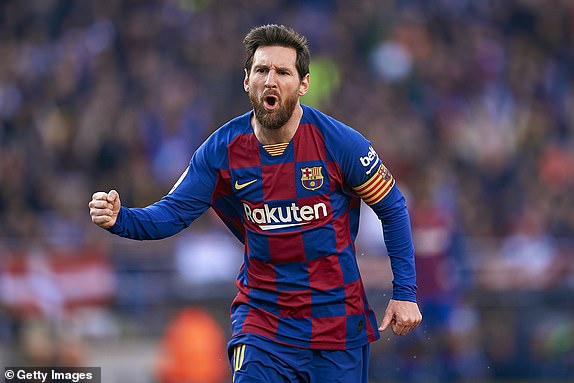 13min: The hosts are beginning to take control now, with ter Stegen spraying play to the left flank expertly.

But Eibar are holding firm so far, although Barcelona are dominating the ball through midfield. 70% possession for the Catalan giants as it stands.

10min: Messi collects possession on the edge of the penalty area and looks to weave his way through a crowded defence, only for an Eibar defender to win back the ball.

Barcelona’s narrow diamond formation means that it falls to Griezmann and Messi to create space, but both are yet to make a real impact.

7min: Barcelona ran out 3-0 winners in the reverse fixture between the two sides, but have struggled to find their usual rhythm in the early stages.

5min: Eibar have the ball in the net, but it’s ruled out for offside! Enrich nodded home from Cote’s superb delivery, but the linesman’s flag spared Barcelona’s blushes!

Ter Stegen also had to be alert to parry Escalante’s drive just moments before.

4min: An early Barcelona attack down the left flank broke down, but the hosts are certain to enjoy plenty of possession this afternoon.

Arthur is then fouled in midfield.

2min: Barcelona fans are waving white handkerchiefs to protest against the off-field problems consuming the club.

And after a lengthy delay play is underway in Catalonia, following a consultation between the match officials.

We’re underway at the Nou Camp! Can Barcelona return back to the top of La Liga? We’ll find out across the next 90 minutes or so…

Both teams have been gearing up for action, with kick off ten minutes away! 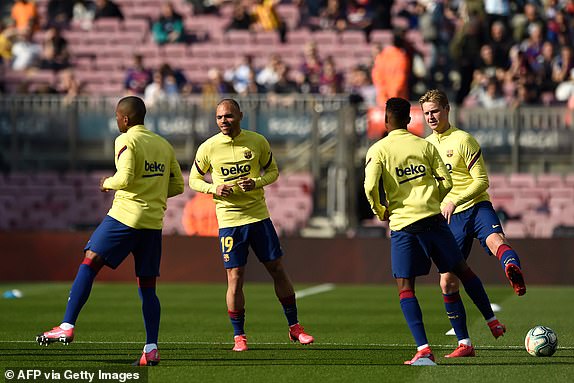 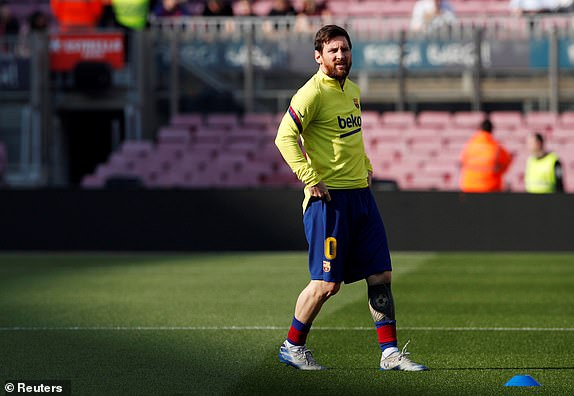 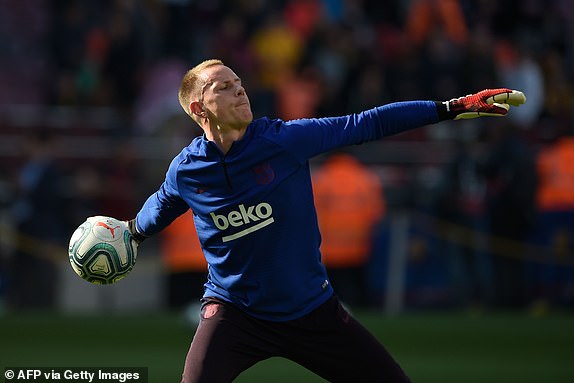 Quique Setien admits Barcelona are treating today’s visit of Eibar like a cup final as they prepare to embark on a tough run of fixtures which may make or break their season.

The reigning champions took advantage of a bizarre transfer ruling which allows La Liga clubs to replace a player if they have long-term injuries.

Barcelona have made five changes from the side that edged past Getafe last weekend.

New, and controversial, signing Martin Braithwaite is also on the bench today.

Welcome along to Sportsmail’s live coverage of Barcelona’s La Liga clash against Eibar!

Today’s hosts can return to the top of the league with a victory against the strugglers, ahead of Real Madrid’s trip to Levante later.

The pre-match statistics don’t make for particularly promising reading for Eibar fans, with Barcelona having won all five of their home fixtures against them and scored at least three in each.

Kick off at the Nou Camp is 3pm, and we’ll bring you the team news very shortly… 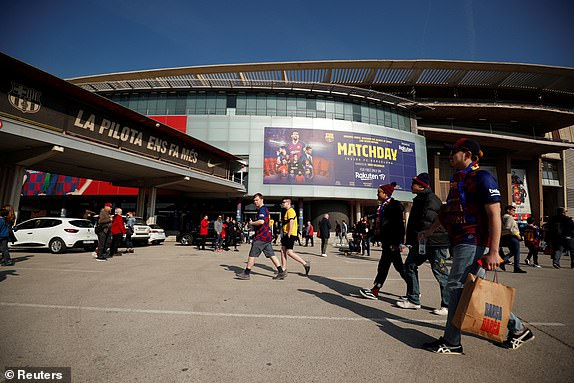