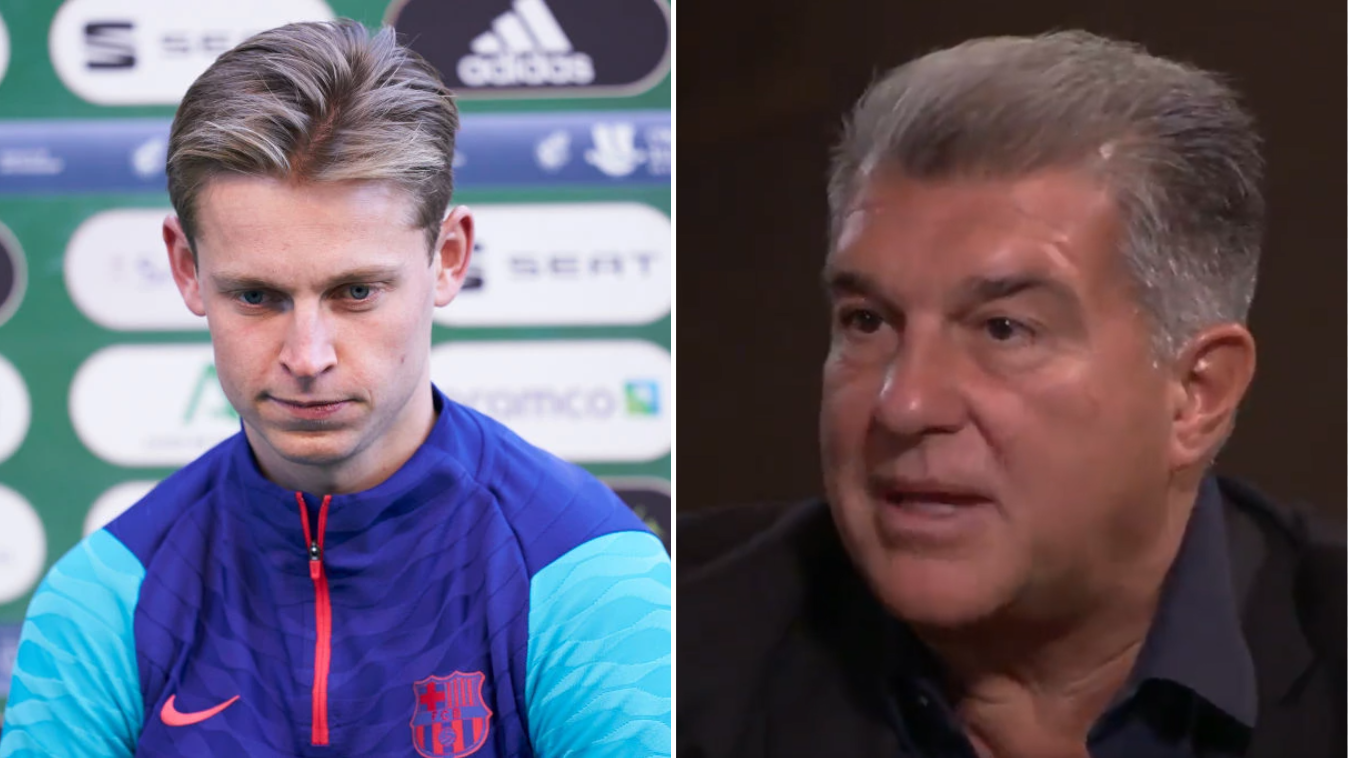 Barcelona president Joan Laporta says he will seek further talks with Frenkie de Jong before deciding whether or not to sell the midfielder to Manchester United.

United boss Erik ten Hag has welcomed Christian Eriksen, Lisandro Martinez and Tyrell Malacia to Old Trafford this summer and is desperate to make De Jong his fourth signing of the window.

Ten Hag viewed De Jong as one of his most important players at Ajax before the Dutchman joined Barcelona in 2019 and wants to secure a reunion with his former star in Manchester.

Barcelona will sell De Jong for the right price but want to drive up his valuation as they look to improve their dire financial situation.

Asked for the latest update on the future of Manchester United transfer target De Jong, Barcelona chief Laporta told ESPN: ‘Frenkie is our player, we really like him.

‘We received some offers for Frenkie but we didn’t accept as of now, as we want to talk with him and know exactly what he wants. We need to clarify some aspects of his situation.’

De Jong, 25, is believed to be reluctant to move to United as he is more than happy at the Nou Camp.

Former Liverpool and England defender Jamie Carragher believes De Jong is ‘top-class’ and says he would make a ‘huge difference’ at Old Trafford.

‘It will be interesting if Manchester United get Frenkie de Jong,’ he told Sky Sports. ‘I do think he’s a top-class player and I think he would make a huge difference for them.’

‘What I can say is we’re looking for a player who can play in the holding midfield position, but it has to be the right one,’ Ten Hag said last week.

‘There are not many in that position capable of the level we demand. When we can’t find him, we have to deal with the players in our squad now and we will develop one in that position.

‘I will not comment on a certain player. We need the right player. We have a list and we qualify as the player who has the competence to play that role. We will strike the moment the player is available.’