Some of the world’s biggest clubs are circling emerging Central Coast Mariners star Garang Kuol, with Barcelona, Chelsea and newly cashed-up Newcastle United among those in the mix to sign the teenage sensation in the January transfer window.

Kuol, 17, is a near certainty to leave the A-League Men mid-season with about a dozen European clubs flagging their interest in his precocious talents, some already putting firm offers on the table. 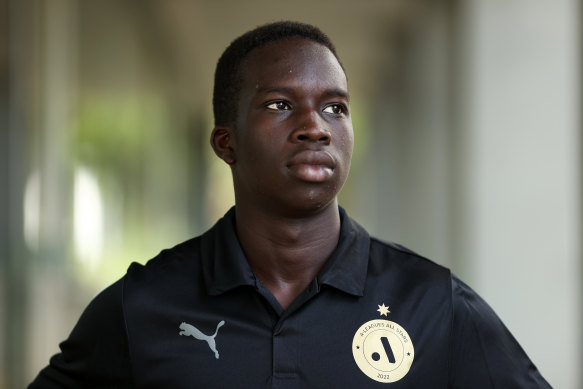 Garang Kuol’s days in the A-League Men with the Central Coast Mariners are numbered.Credit:Getty

Socceroos coach Graham Arnold is also keeping a close eye on his development and could hand the gifted winger an imminent national team call-up.

The question Kuol, his family and their advisors are grappling with is which European club can provide the best development pathway and help him to reach his full potential, with so many – including others in the Netherlands, Germany and England – keeping tabs on him.

According to multiple sources, English Premier League outfit Newcastle is close to the front of the queue. Discussions have also been held as recently as a fortnight ago with Barcelona, who Kuol starred against for the A-League All Stars in May’s glamour friendly in Sydney, through their sporting director Jordi Cruyff.

No Australian player, male or female, has ever signed for Barcelona, while Tyrese Francois’ loan away from Fulham on deadline day means there are no Aussies in the Premier League either – although Kuol would not receive an automatic UK work permit and would thus need to be loaned out initially if he moved to England.

Kuol does not turn 18 for another two weeks, and due to FIFA rules could not have transferred during the most recent window, which has now shut.

While nothing official has been signed at this stage, there is plenty of hype swirling around Kuol – but he is somehow keeping his cool.

“I’m chilling, to be honest,” he told the Herald and The Age. “I’m just focusing on training and that. There’s really no effect. Nothing confirms anything, in terms of how I’ll go at any of those places, if I do go. It’s an important [decision] because it’s my stepping stone to life in Europe. I can’t go anywhere until January, so it gives me time to make a decision.”

Kuol’s agent, John Grimaud – who set up a move for his brother, Alou, to Bundesliga side VfB Stuttgart, another club believed to be interested in signing Garang – would not comment and is understood to have been sidelined during recent negotiations. 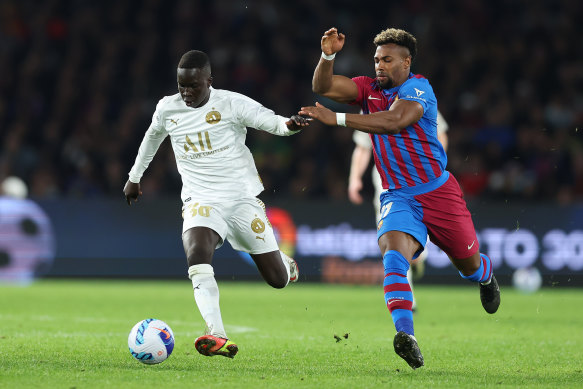 Mariners chairman Richard Peil would not confirm the identity of the clubs monitoring Kuol, but suggested it was a matter of time until he moves on for a sizeable transfer fee.

“There are top-level clubs across Europe that have expressed serious interest in Garang but, as always, we will respect Garang’s decision and his family’s decision of when and who he wants to be [with for] his next chapter in football,” Peil told the Herald.

“People forget he’s still 17. I know there are talented 17-year-olds around the world, so but there aren’t many talented 17-year-olds that come on and display the level of confidence that he displayed against Barcelona. That confidence, without arrogance, that he displays along with that talent is very unique, in my opinion. He’s got to keep his feet on the ground, and I’m sure that will happen – he’s got a good support network around him.”

Kuol is one of the most gifted players to have come through the Australian system in many years, which is why so many European clubs have sat up and taken notice. He was recently named in the CIES Football Observatory’s list of the top 250 young talents in the world, and has obtained an Egyptian passport.

While he is yet to start a league match for Central Coast, Kuol scored five goals in 229 electric minutes off the bench last season in all competitions and looms as a possible wildcard for Australia’s 26-man World Cup squad in Qatar.

He twice came close to scoring against Barcelona for the A-League All Stars in front of 70,000 fans at Sydney’s Accor Stadium, earning high praise from Xavi, Dwight Yorke and personal compliments from Pierre-Emerick Aubameyang, who swapped shirts with him. Kuol’s next short-term challenge is building his fitness base and becoming an effective starter.

Arnold watched Kuol score four goals in a recent Young Socceroos talent ID match in Canberra and hinted that he and Alou could be named in an extended squad for the upcoming friendlies against New Zealand in Brisbane and Auckland, Australia’s final games before opening their World Cup campaign against France in mid-November.

“He’s doing exceptionally well,” Arnold said. “We’ve got some good young kids, and they’ve just got to be given that opportunity. We’ll bring an extended squad into camp … but the problem is I’ve got to pick A-League players on reputation more than form because they’re not playing, and that puts them in a little bit of a difficulty.”

Newcastle United, who were controversially taken over by Saudi Arabia’s Public Investment Fund last year, are considered a rising power in the Premier League and are expected to use their new owner’s financial clout to contend for titles and compete in European competitions like the UEFA Champions League in the coming years.

Kuol comes from a family of South Sudanese refugees who settled in Shepparton, Victoria, once they moved to Australia, with other siblings Teng, 19, and Didi, 11, also aspiring professional footballers.

“I have said this before – I absolutely believe that there will be multiple Kuols playing for the Socceroos sometime in the future,” Peil said. “Whether that’s two, three or more, I don’t know – but I’m confident it will be more than one.”