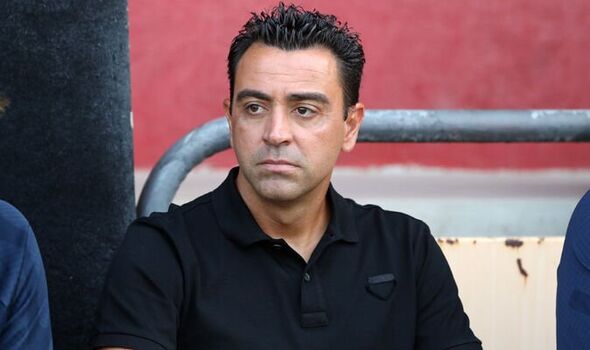 Barcelona have reportedly promoted 15-year-old starlet Lamine Yamal to their first team as the Spanish giants seek to find their next La Masia graduate. Barca’s iconic academy has produced some of the greatest players of all-time, with Lionel Messi one of many to spend time in the youth set-up before starring at senior level.

Yamal is a tricky left-footed forward who mostly features for the ‘Juvenil A’ team, the club’s U19 side. He can play as a striker but has impressed in a right-wing role of late, cutting inside on his stronger foot.

Reports in Spain suggest that head coach Xavi Hernandez – a graduate of La Masia himself – considers Yamal to be the best prospect in their ranks. Some staff liken the player to fellow former academy starlet Ansu Fati, who took over the No 10 shirt when Messi departed last summer.

Not blessed with blistering speed, Yamal is more of a dribbler – which will naturally draw comparisons with the diminutive forward Messi. He is a Spain U16 international, with four caps and a goal at that level.

JUST IN: Chelsea boss Thomas Tuchel explains when Aubameyang can make his debut

According to Sport, Yamal has already trained with Xavi’s first team squad. He is an ‘unpredictable’ forward whose goals have gone viral on social media.

Fellow Spanish outlet Mundo Deportivo add that Xavi is ‘in love’ with the attacker. The former Spain midfielder wants to ‘pamper’ his most prodigious talent to ensure Yamal signs a professional contract with the club when he turns 16 – the age when players become eligible for such terms in Spain.

Xavi has placed a focus on youth during his first year in charge. Five players who started the weekend’s 3-0 win over Sevilla spent at least some of their academy careers with the club, while Ansu Fati and Sergi Roberto came off the bench. Teenage midfielders Pedri and Gavi have performed excellently since transitioning into the senior team.

“We count on La Masia a lot. We have won titles when we have had players from our academy,” Xavi told journalists in February.

“That’s why the likes of Gavi, Nico [Gonzalez] or the veterans like [Sergio] Busquets or [Gerard] Pique are important. We are seeing that players who are 17 or 18 can make a difference.”

Two years ago, Barca made a concerted effort to produce more players from their academy having seen its influence on the first team wane. The club’s head of youth development, Xavi Vilajoana, said at the time: “We, at least on my part, have an obsession to improve our players and make them grow here.

“The [first-team signings] that can be considered are very specific – who can improve what we have here at home? But for us it is key to work with the people from the academy.

“Personally, and on the Board’s part, we believe in [the academy] a lot. Barcelona’s future first team must come from La Masia.”