Barcelona have been handed an injury boost ahead of their Champions League clash with Napoli as Antoine Griezmann and Ousmane Dembele returned to training.

Dembele underwent surgery on his hamstring in February and has not played a competitive game since November while Griezmann missed the end of the LaLiga season with a thigh problem.

But both players completed a full session with the rest of their team-mates after having to train separately due to Covid-19 restrictions. 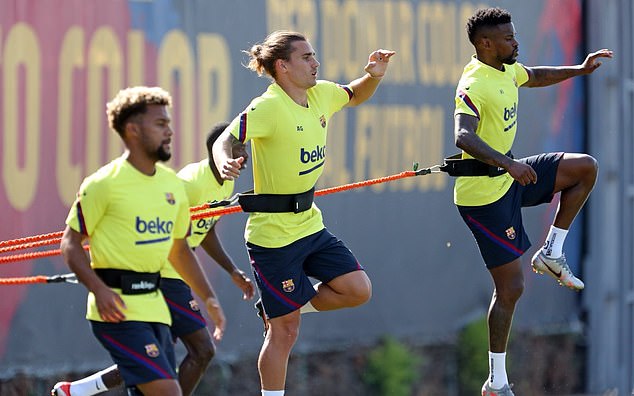 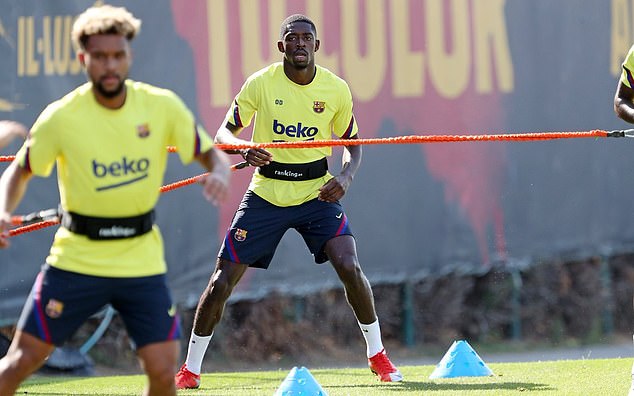 Dembele has been heavily linked with a move away from Barca after suffering multiple injuries since joining the club from Borussia Dortmund in 2017.

The 23-year-old is reportedly one of 12 players the Catalans are willing to sell this summer in order to raise funds for transfers.

Griezmann has had a frustrating first season after joining from Atletico Madrid with the 29-year-old only managing nine goals in the league, six short of his tally for the 2018-2019 campaign. 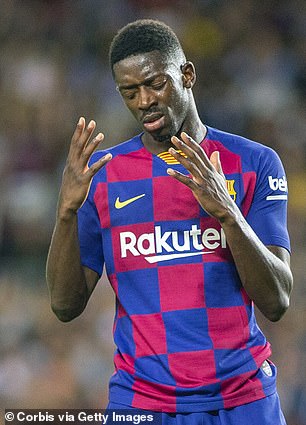 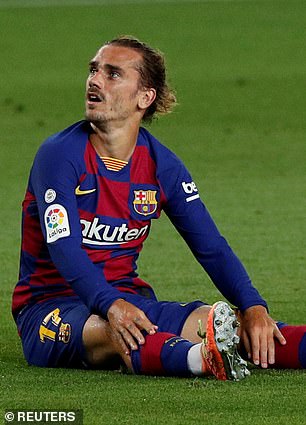 Barca will host the second leg of their last-16 Champions League tie with Napoli at the Nou Camp on August 8.

The first leg in Naples ended in a 1-1 draw with Griezmann equalising for the Catalans before Arturo Vidal received a late red card.

The game is still set to go ahead in Spain despite the increase in coronavirus cases in the country and Barcelona specifically.

Napoli president Aurelio De Laurentiis has suggested the game should be moved to Portugal for safety reasons. 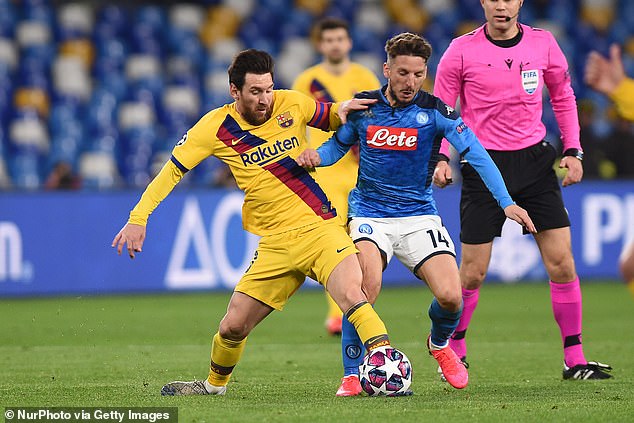 He said: ‘I hear a lot of perplexity and fear coming from Spain and they’re acting like nothing is wrong.

‘What does it take to say, “Don’t go to Barcelona but rather go to Portugal, Germany or Geneva?”

‘If they’ve decided to play the Champions League in Portugal and the Europa League in Germany, I think we can go to Portugal or Germany for the round of 16.

‘I don’t understand why it should stay in a city that has a really critical situation.’